Janelle Bynum, a state representative running for reelection in November, said she was going door to door in Clackamas on Tuesday when an officer from the Clackamas County Sheriff's Office showed up. 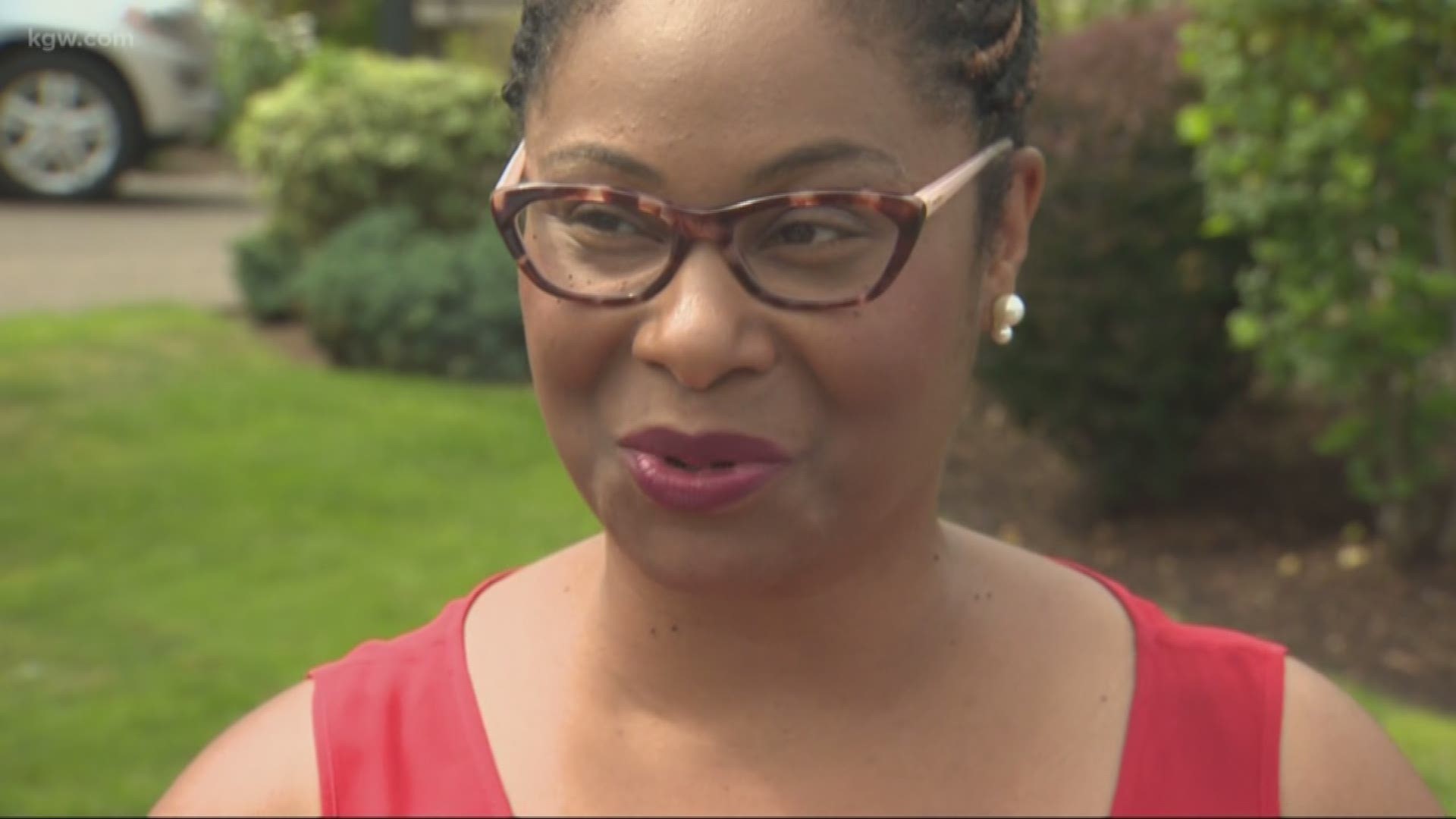 CLACKAMAS, Ore. – A black Oregon legislator says a constituent called the police because she looked “suspicious” while canvassing in her district.

Janelle Bynum, a state representative running for reelection in November, said she was going door to door in Clackamas on Tuesday when an officer from the Clackamas County Sheriff’s Office showed up.

The officer, Bynum says, was called by a resident who thought Bynum was “suspicious.”

Read transcript of the call

Bynum said the officer responded professionally and called the constituent.

Bynum said she doesn't know why the constituent contacted police.

“I can’t get inside a person’s head on what brings about fear in them," Bynum told KGW. "They were clearly concerned about something. I can look at any neighborhood because I’ve been to just about every neighborhood in my district, and I can tell you what their problems are. Crime wasn’t one of them.”

Bynum shared a photo of herself and the officer, smiling after the incident.

Bynum represents House District 51, which serves East Portland, Damascus, Gresham, Boring, Happy Valley and North Clackamas. She is a business owner and mother of four who lives in Happy Valley, according to her campaign website. Her campaign priorities include school funding, small businesses and livable neighborhoods.

Portland City Council candidate Loretta Smith, who is friends with Bynum, said the two women have discussed teaming up to canvass together since their districts overlap and they often have to knock on doors alone.

Smith said Bynum's experience is unsettling, especially after Portland State University police shot and killed Jason Washington, a legally armed black man who witnesses say was trying to break up a fight near the college campus.

"I think we have the whole race talk and this is exactly a part of it," Smith said. "This coming on the heels of the shooting of Jason Washington, I think it’s ‘here we go again.’ We’re wracked by these racial injustices in our backyard. I know Oregon can do better. I know Portland can do better.”

Bynum was not the only politician to experience constituents in Clackamas calling police. Joe Buck, a white Metro council candidate from Lake Oswego, said a constituent also called police when he was canvassing in Clackamas.

"Meeting constituents at the door is one of the best parts about serving and campaigning so it’s a bummer when it makes people nervous to see ... uh... people walking on a sidewalk," Buck wrote in response to Bynum's Facebook post.

John Tierney contributed to this report.