After damning 911 report, mayor takes over Bureau of Emergency Communications

PORTLAND, Ore. – Portland Mayor Ted Wheeler has taken control of the city's Bureau of Emergency Communications from Commissioner Amanda Fritz, one week after a report found the city's 911 wait times were far worse than the city was reporting. 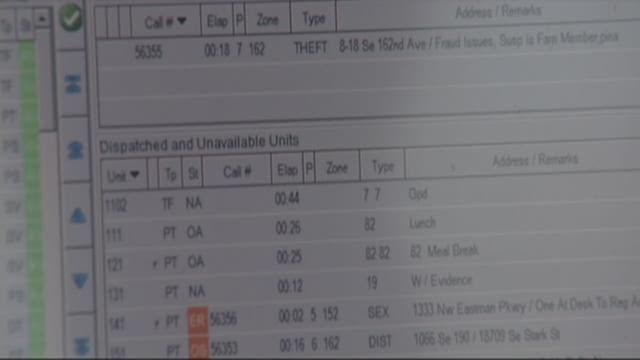 PORTLAND, Ore. – Portland Mayor Ted Wheeler has taken control of the city’s Bureau of Emergency Communications from Commissioner Amanda Fritz, one week after a report found the city’s 911 wait times were far worse than the city was reporting.

A report from the city auditor’s office found that Portland’s 911 system responded to calls within 20 minutes about 68 percent of the time, rather than the 99.6 percent the city was reporting. The audit found BOEC’s longstanding inefficiencies were masked by bad reporting, and the office is understaffed.

Wheeler revealed the change when he announced all bureau assignments for the city on Thursday. Fritz had previously been assigned BOEC shortly after Wheeler took office in January.

Fritz hasn’t managed the fraught bureau in a couple of months. In April, Wheeler temporarily reassigned all bureaus to himself during the city’s budget approval process.

Under the new bureau assignments, Commissioner Fritz is left with Portland Parks and Recreation as her major area of oversight. The other commissioners – Chloe Eudaly, Dan Saltzman and Nick Fish – all kept the bureaus they were originally assigned.

"The mayor assigned himself the bureau [BOEC] because he has reform goals for the bureau: enact call time standards based on national best practices, work with the county on a new system for medical calls, hire a permanent director, and better coordinate with other emergency bureaus on disaster preparedness," said Michael Cox, spokesman for the mayor's office.

Commissioner Fritz released a statement saying she was disappointed by the news:

During the brief time I was Commissioner-in-Charge of the Bureau of Emergency Communications (BOEC) this year, my staff and I worked closely with BOEC management to set BOEC on a new course which will effectively address the concerns raised in the Ombudsman’s reports. The Mayor has decided to keep BOEC within his portfolio in order to manage the recruitment of a permanent director and to coordinate the response to the Ombudsman’s report. While I am disappointed that my staff and I will not be able to see the process through at BOEC, I am very grateful to Lisa St. Helen for her leadership of the bureau as Interim Director, and to all the staff at BOEC who work so hard to get help to callers.

Looking forward, we welcome the opportunity to focus our time on other urgent and important issues. Most crucially, we will be working to combat systemic racism and the rise in hate crimes in the City of Portland. My staff and I are committed to listening to and providing greater support for marginalized communities in Portland.

I will continue to advocate for and help implement the Open and Accountable Elections system that Council passed in 2016. I will collaborate with my colleagues and the community on issues that affect us all. The challenges facing our city are daunting, and I continue to feel honored to be in my position where I can work on solutions in multiple ways.

• Bureau of Planning and Sustainability

• Office of Equity and Human Rights

• A Home For Everyone (with Commissioner Eudaly)

• A Home For Everyone (with Mayor Wheeler)

• Portland’5 Centers for the Arts

• Visitor Development Fund Board (VDF Board)

• Visitor Development Fund Board (VDF Board)