Portland police respond after video of a confrontation between protesters and a driver goes viral nationwide. 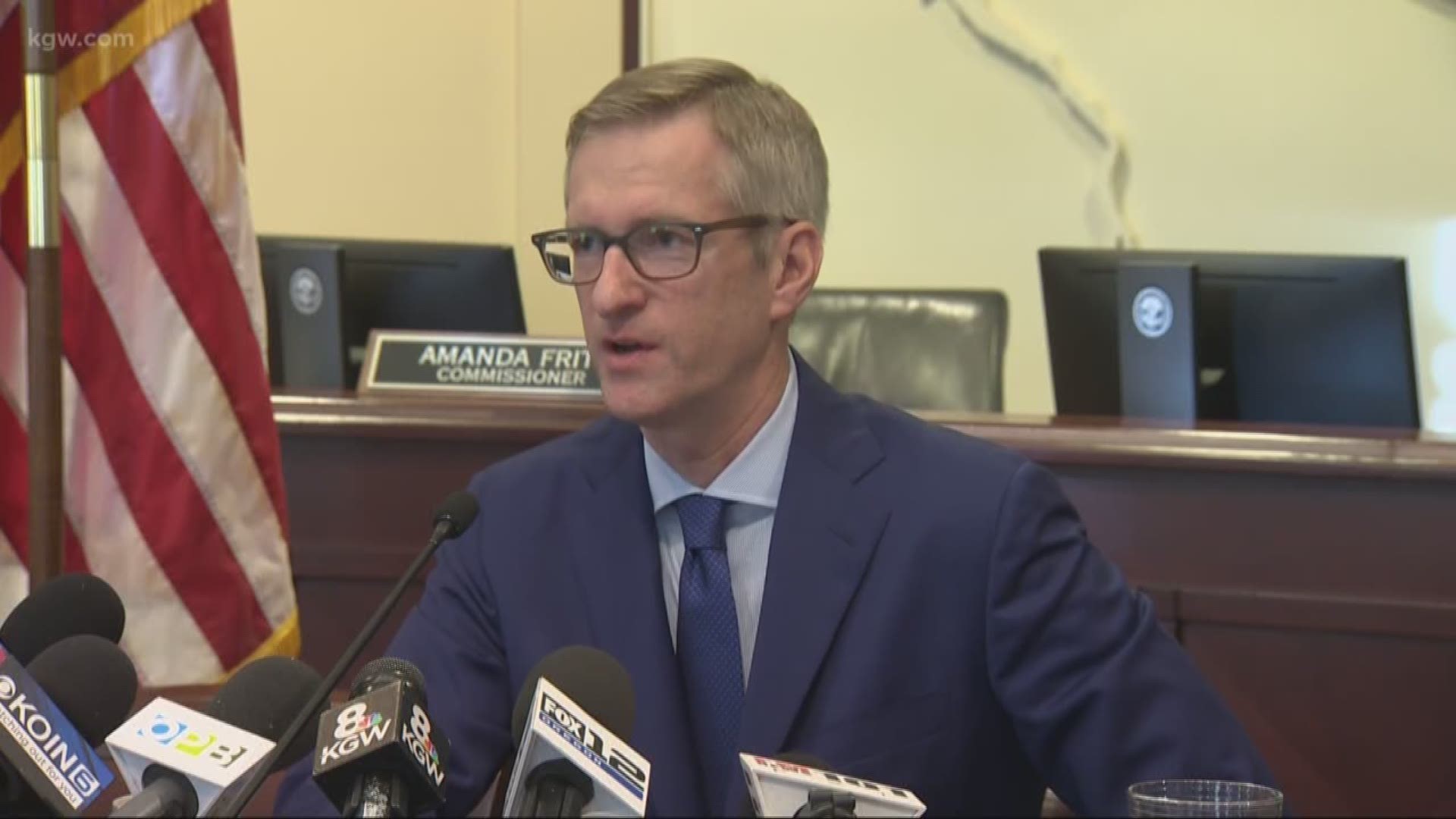 PORTLAND, Ore. — During a protest that led to a showdown last week between a driver and demonstrators, Portland Police Chief Danielle Outlaw said the bureau didn't want to escalate tensions that could have lead to injuries.

Dozens of people gathered for a march in the area of Southwest 4th Avenue and Madison Street last Saturday, to protest the deadly police shooting of 27-year-old Patrick Kimmons.

Videos posted to social media showed the marchers eventually stopping traffic, while some directed traffic themselves.

On a video captured by Brandon Farley, the driver of a Lexus sedan is seen turning right and hitting one protester who was pushing back on his car. The group then chased after him and some pounded the car with batons. The driver briefly stepped outside, then got back in and drove off.

The driver filed a police report claiming protesters did around $3,000 in damage to his car. Portland police officers were on scene, but didn't intervene.

Videos of the incident quickly gained steam online, and the actions of Portland police -- or lack thereof -- have been discussed at length on a national scale following a segment on Fox News.

In response, police say "the most critical factor ... we take into consideration is whether or not a police response would escalate or de-escalate tension. Escalation can lead to community members and officers getting injured, or worse."

Chief Outlaw added there's no "cookie-cutter response" to these kinds of events.

"The complexity of each demonstration/protest is different and requires thoughtful decision-making," Outlaw said in a statement Thursday. "We will continue to review the most appropriate course of action and proper balance in our responses for these dynamic events."

Mayor Ted Wheeler on Friday addressed the response to the protest.

"I support the decision of the Portland Police Bureau not to intervene at that time. They’re law enforcement professionals who have to weigh complex legal issues complex safety issues not only for the people on the streets but for themselves."