A wildfire in the Columbia River Gorge forced evacuation in the small town of Rufus, Oregon Monday night. Those evacuations were lifted by Tuesday morning. 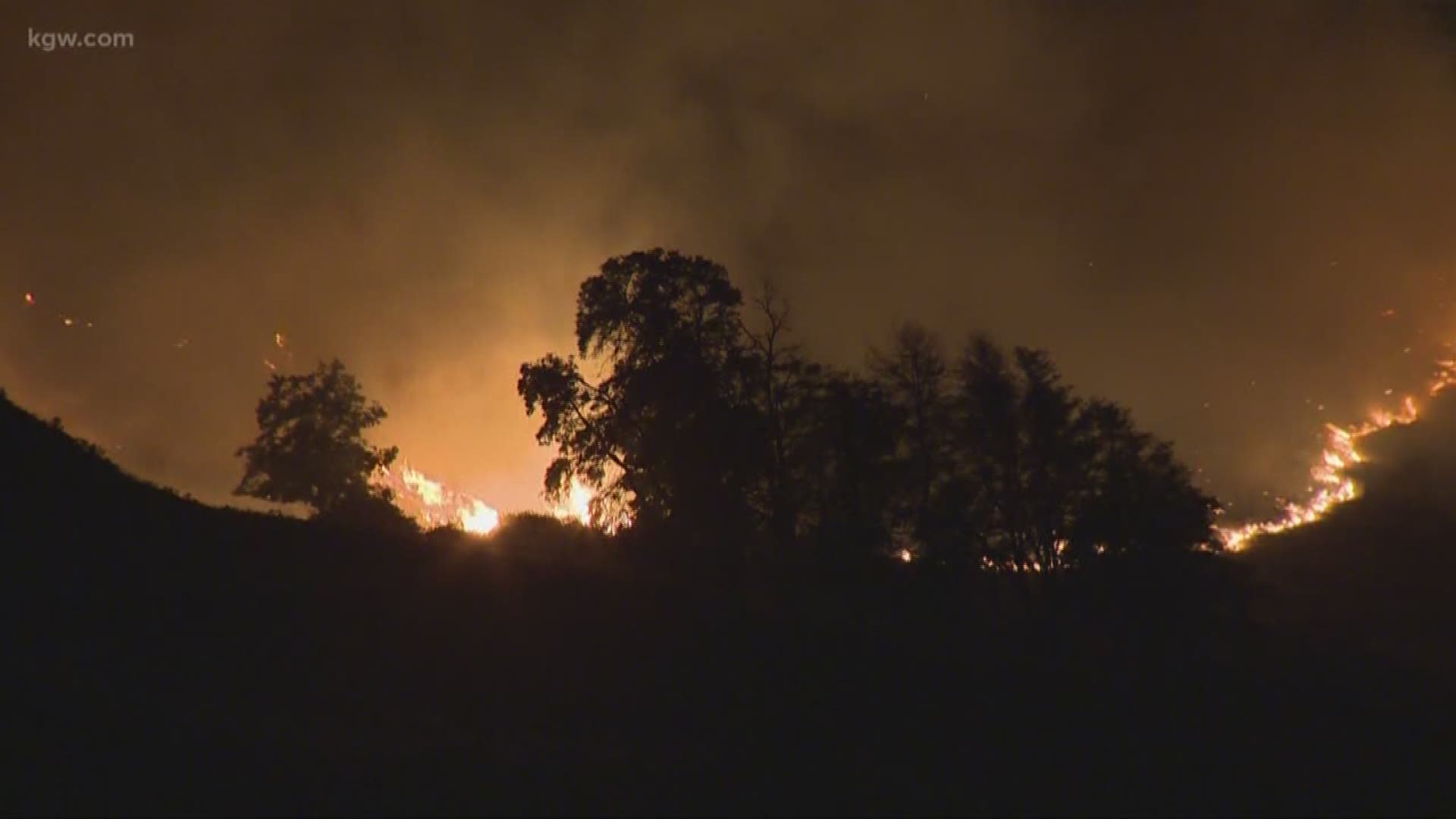 RUFUS, Ore. -- A wildfire broke out near the town of Rufus just before 10 p.m. Monday night, but the fire was mostly contained Tuesday morning.

Flames were first spotted along Interstate 84 near milepost 109, between Biggs Junction and the John Day River. The fire came within feet of destroying trailers and homes.

The flames, spread by the wind, burned on the south of town. Sherman County sheriff's deputies went door-to-door to evacuate those in the fire's path.

Wild fire burning near Rufus east of The Dalles. Fortunately burning away from town, and winds have it burning back on itself for the most part. But there is still danger in those flames. Firefighters are on it, and so are we. @KGWNews pic.twitter.com/m1h3VUPJzW

No buildings were damaged and there were no reported injuries.

“Very scary, closest I’ve ever been to a wildfire,” said Patricia Zumwalt. She and her husband Rich share a trailer at the top of the Rufus RV Park. They had just returned to their trailer from dinner when they spotted the flames.

There were evacuations overnight but they were canceled by Tuesday morning. The cause remains under investigation.

Photos: Wildfire burning in the gorge

Wildfire in the gorge: Viewer photos

Wildfire season is off to an early start in a state that tends to see most of its fire activity from late July through early September. Several other large fires are burning in Central Oregon - all have more than 50 percent containment.

Rufus is a town of 240 residents and is located east of The Dalles in north-central Oregon.

Associated Press contributed to this report.