Gov. Brown told KGW Oregon has a total of about 800 ventilators remaining in the state. Currently, 40 ventilators are being used. 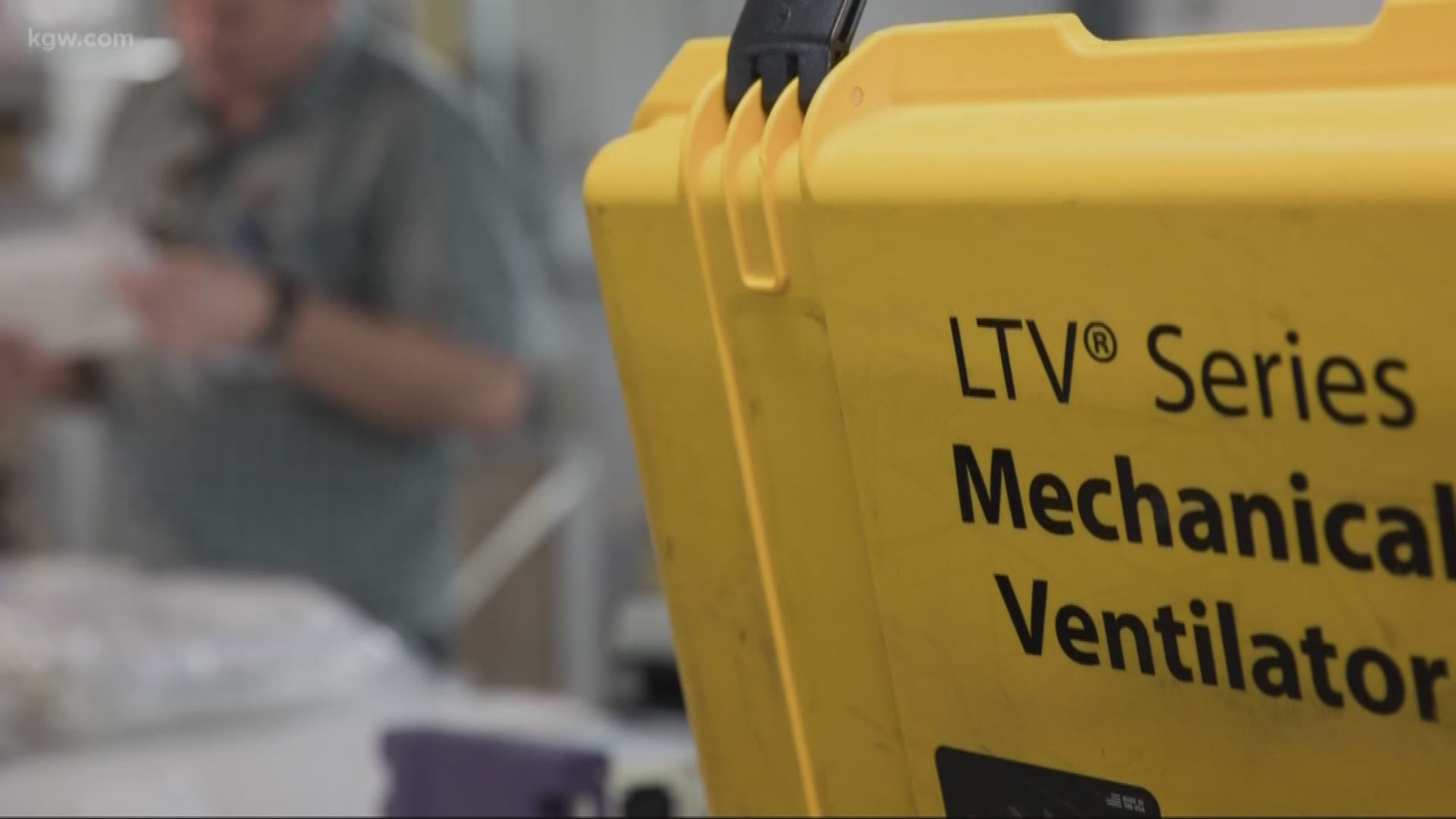 She wrote on Twitter Saturday morning that New York needs more ventilators and Oregon is answering their call for help: "We'll be sending 140 ventilators to help NY because Oregon is in a better position right now. We must do all that we can to help those on the front lines of this response."

Gov. Brown has said Oregon doesn't have everything we need to fight the COVID-19 pandemic; we need more personal protective equipment (PPE) and testing. But she says we can respond to New York's call and help today with ventilators.

"We are all in this together," Gov. Brown wrote on Twitter.

New York Gov. Andrew Cuomo responded to her tweets, saying, "From the bottom of my heart, thank you. NYS will repay the favor when Oregon needs it."

New York has become the epicenter of the COVID-19 pandemic in the U.S. and their hospitals are at full capacity, overrun with sick patients and overwhelmed.

"Governor Brown made the decision to send 140 ventilators to help save the lives of New York’s critical COVID-19 patients because Oregon is in a better position right now," Boyle said.

In an interview with KGW Saturday, Gov. Brown said Oregon has a total of about 800 ventilators remaining in the state. Just 40 ventilators are being used in the entire state as of Saturday afternoon. That number changes moment by moment, she notes.

Gov. Brown said Oregonians are closely adhering to the social distancing measures she implemented and it is working. The prevention measure is helping to ensure that hospitals have enough ventilators for the current number of patients.

Oregon's social distancing measures may be slowing the spread of COVID-19 by 50% to 70%, according to researchers at the Institute for Disease Modeling. One of their graphs shows if schools stay closed but businesses open up again, the worst-case scenario is Oregon would need a little more than 150 intensive care unit beds through May 2.

"We’re in pretty good shape right now in terms of hospital bed capacity but we are still facing other challenges, including access to protective equipment and to testing availability around the state. So it’s not like we’re out of the woods. But it’s critically important we don't take our foot off the brake right now and continue to adhere to these social distancing measures. That is the only way we have of slowing transmission and flattening the curve," the governor told KGW.

While the curve is flattening in Oregon and Gov. Brown isn't planning to open businesses yet.

"The harsh reality is if we take our feet off the brakes too soon you’re going to see a huge insurgence of cases. And we know this from both modeling happening across the country but also if you look at historically what happened," Gov. Brown said.

She is referring to cities that stopped social distancing to early seeing waves of peaks and valleys during the Spanish flu outbreak of 1918.

"We want to make sure that doesn’t happen and so I’m relying on epidemiologists, physicians, experts both here in the state and around the country in terms of determining how and when we will take our foot off the brake. But my priority right now is to make sure we protect Oregonians' lives and people’s health and that we are certainly focused on people’s livelihoods as well."

While ICU beds in the state of Oregon could handle a surge, we don't want our healthcare systems and workers to face that.

"This isn’t just about hospital beds, it’s about preserving the health and safety of health care workers, home care workers, public safety officers, our first responders, our firefighters and police. It’s about making sure that folks in the grocery store who are getting food on the shelves for us that they can all be safe. So it’s about the entire system and making sure we can keep as many people healthy as possible."

When asked when she will open up businesses again, Gov. Brown told KGW it will happen incrementally and we are a while away from that happening. She cited criteria from Dr. Deborah Birx, White House coronavirus response coordinator, who said states would need the following in order to ease up on restrictions:

"You just know from the last piece - testing capacity - we are several days - probably weeks - away from having that ability to do testing surveillance. So we’re going to have to look for other measures. and that’s one of the things that my team and I are working on," the governor said.