According to what appears to be his Facebook page, Tusitala “Tiny” Toese is “enjoying my homeland” of American Samoa. 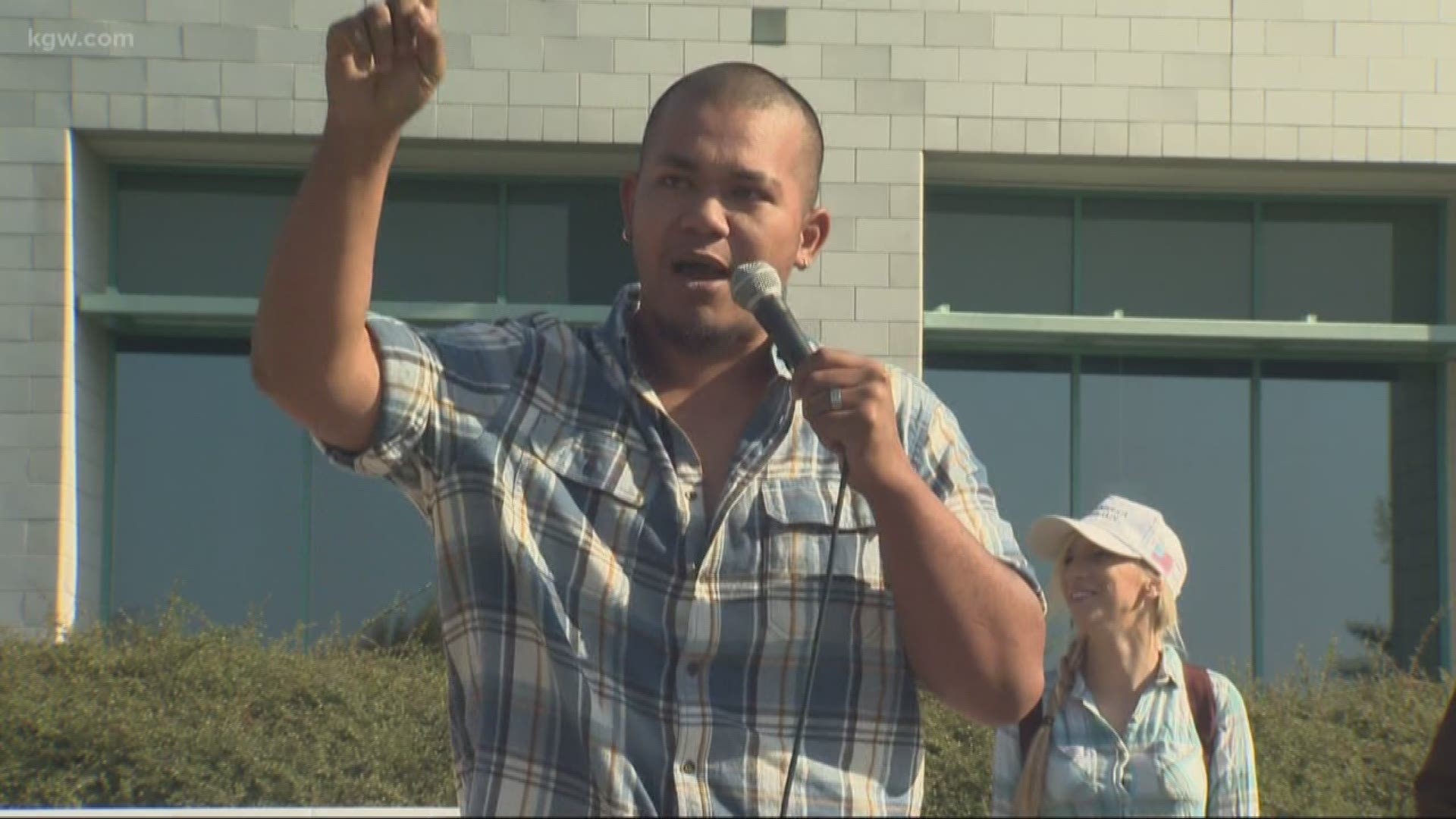 PORTLAND, Ore. — Trailed by three other men who walked with heads down, Donovon Flippo ascended the steps of the Multnomah County Courthouse Wednesday, prepared to face a judge.

A second man, and fellow member of the far-right group the Proud Boys, is also charged.

He was not in court.

In fact, unlike Flippo, 26-year-old Tusitala “Tiny” Toese hasn’t even been arrested, and no court date has been set.

According to what appears to be his Facebook page, Toese says he is “enjoying my homeland” of American Samoa.

Credit: KGW
According to what appears to be his Facebook page, 26-year-old Tusitala “Tiny” Toese is “enjoying [his] homeland” of American Samoa.

Samoa is an unincorporated U.S. territory covering seven islands in the South Pacific.

In the post, peppered with pictures and American flag emojis, Toese writes he “will be back to stand court in Portland but as for now I need to help my people and myself.”

The post is dated March 5, nearly a week after a Multnomah County grand jury voted to indict Toese and Flippo on the assault charges.

The indictment was filed Feb. 28, the day after the vote, but deemed “secret.”

It remained sealed until Tuesday.

A spokesman for the District Attorney’s office declined to explain why the indictment was kept sealed for nearly two weeks, but did say via email, “There are some cases, and instances, where the state would not want an indictment being publicly disclosed for various reasons to include, but not limited to, officer safety when attempting to locate and arrest the accused, the safety of the victim, flight risk, and the integrity of an ongoing investigation.”

In the days following the indictment, the victim in this case gave interviews to Willamette Week, KGW and other media outlets about the development.

By March 5, Toese had left Portland.

When asked about possible plans to extradite Toese back to Multnomah County, the spokesman wrote, “In general, after an indictment is returned by a grand jury, an arrest warrant is then issued by the court. The District Attorney’s Office works closely with law enforcement and the Governor’s Office on any extradition matters, if applicable.”

He then pointed KGW to an Oregon state statute that places that responsibility on the shoulders of the governor.

Subject to the qualifications of ORS 133.743 (Definitions for ORS 133.743 to 133.857) to 133.857 (Payment of agent’s expenses) and the provisions of the Constitution of the United States controlling, and Acts of Congress in pursuance thereof, it is the duty of the Governor of this state to have arrested and delivered up to the executive authority of any other state of the United States any person charged in that state with treason, felony, or other crime, who has fled from justice and is found in this state. [Formerly 147.020]

KGW reached out to Toese Wednesday to ask if he is back in the Portland area, but received no response.