What lies ahead for Rep. Matt Shea following surveillance allegations 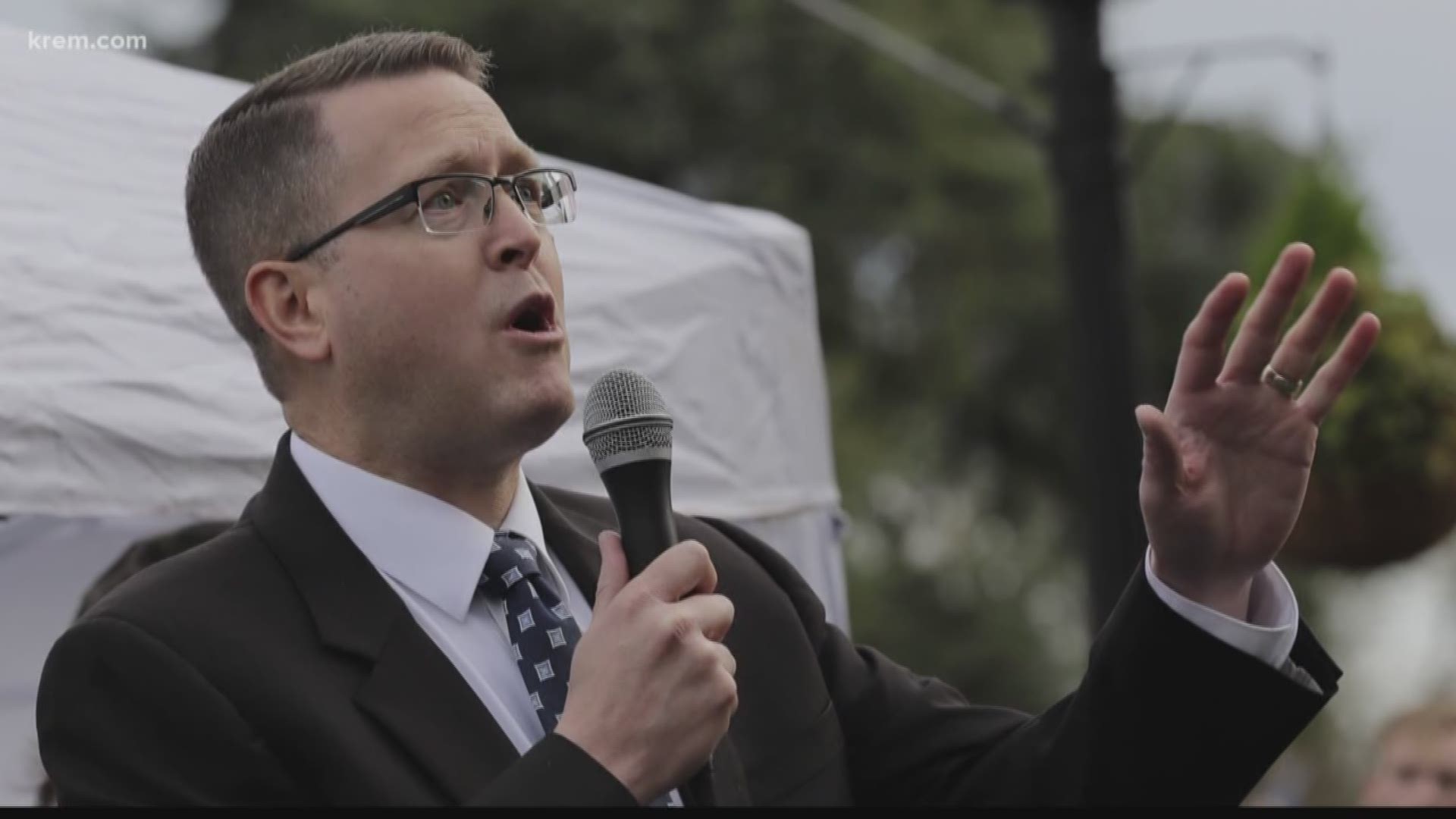 SPOKANE, Wash — State Representative Matt Shea (R-Spokane Valley) is in hot water with his party yet again, following an investigative report from British publication The Guardian.

House Republican Leader J.T. Wilcox said on Friday that his caucus will conduct a review of Shea's actions, though stated he didn't know yet exactly what that review would look like. He said whatever it is won't be conducted until after the legislative session ends; that's scheduled to be Sunday.

Shea is by no means the first state lawmaker to find himself in trouble. There are many mechanisms for disciplining legislators for unethical conduct.

Here's an overview of some of the consequences that Shea could theoretically see following this review.

The first option, the one being called for by folks like Lieutenant Governor Cyrus Habib, is expulsion from the Republican caucus.

That basically means that Shea wouldn't be allowed in party meetings.

It would severely cripple his influence and ability to shape laws.

But, he'd retain his seat and the powers that come with it, like voting and proposing legislation.

Caucus expulsion isn't new; you might remember the GOP temporarily booted Senator Pam Roach from the caucus back in 2010. That was for being abusive towards staff and colleagues.

The GOP already took away his spot as the party's caucus chair earlier this session, following a whole different controversy.

Taking him off committees could further weaken his power.

It's something Democrats did to Representative David Sawyer just last year, after he was accused of creating a hostile work environment.

Another option, not dependent solely on the party, would be censure by the full state House of Representative.

The state house has censured members before, according to the National Conference of State Legislatures.

In 1985, a house member was censured for campaign violations.

In a similar vein, the state's Legislative Ethics Board has the power to reprimand, or even sometimes fine, lawmakers for unethical behavior.

The most extreme consequence for Shea would be outright expulsion from the House.

The state constitution says a member of a legislative chamber can be kicked out of the chamber if two-thirds of their fellow members vote to expel.

Per the NCSL, that's happened at least once before.

Finally, the voters could step in themselves.

A recall election could be held, if a petition gathered signatures from 35 percent of the voters who participated in Shea's most recent election.