The 90-bed shelter in the old Greyhound bus terminal will serve people 24/7 and help get homeless people off the street in a troubled part of the city. 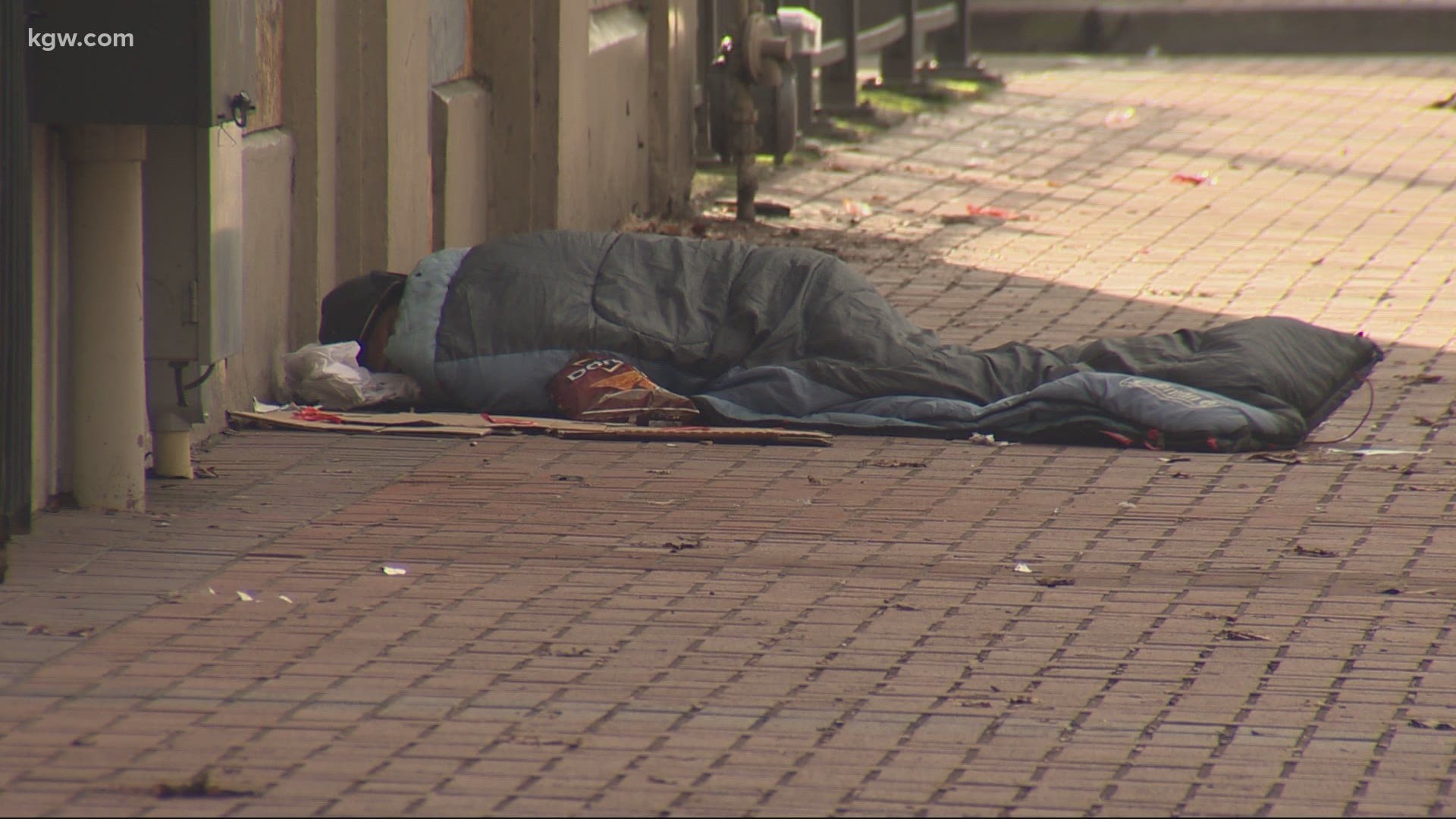 PORTLAND, Ore. — The pandemic has only made Portland's homelessness crisis worse. With the winter months here, getting people indoors is critical.

There's some help on the way with a new temporary shelter opening on Thursday in Portland's Old Town Chinatown.

Transition Projects has turned the run down terminal into a 24-hour winter shelter.

“We're opening on Thursday, and we'll be serving men, women and couples and their pets,” said Stacy Borke, senior director of programs at the nonprofit homeless help provider.

Borke said the Downtown Physical Distancing Winter Shelter will prioritize those 55 and older, disabled people and veterans for its 90 beds. It will also focus on getting people off the street in Old Town Chinatown.

“We know that there's a lot of people sleeping unsheltered just in the blocks around us, so we are thankful for a large space that is centrally located ... Having a 24-hour program where folks can stay inside during the day is really important, and this building and this location provides for that,” said Borke.

Old Town has been in decline for a long time. Today, homeless camping can dominate the landscape and frustrate residents and businesses. The shelter is a welcomed change, according to Portland Mayor Ted Wheeler.

“It's an underutilized asset in a key area, and I think it's an important step in getting people off the sidewalks in Old Town Chinatown,” said Wheeler. “And having visited that area many times, it is one of the highest priority zones in the city of Portland; It is a serious problem with the number of tents in Old Town Chinatown.”

A spokesperson for the Joint Office of Homeless Services, a collaboration between the city of Portland and Multnomah County, said with the new beds at the old bus terminal, there will be 275 winter beds open 24/7 through March as part of a larger overall effort to fight homelessness.

The winter shelter will be by reservation only. Outreach workers are signing up people now for a safe place to live and get help during the difficult winter ahead.

“This year as we've been managing through this pandemic, having additional beds is critical,” said Borke.

The shelter is located at 550 NW Sixth Ave.