Restaurants in certain counties are preparing to allow diners back inside. 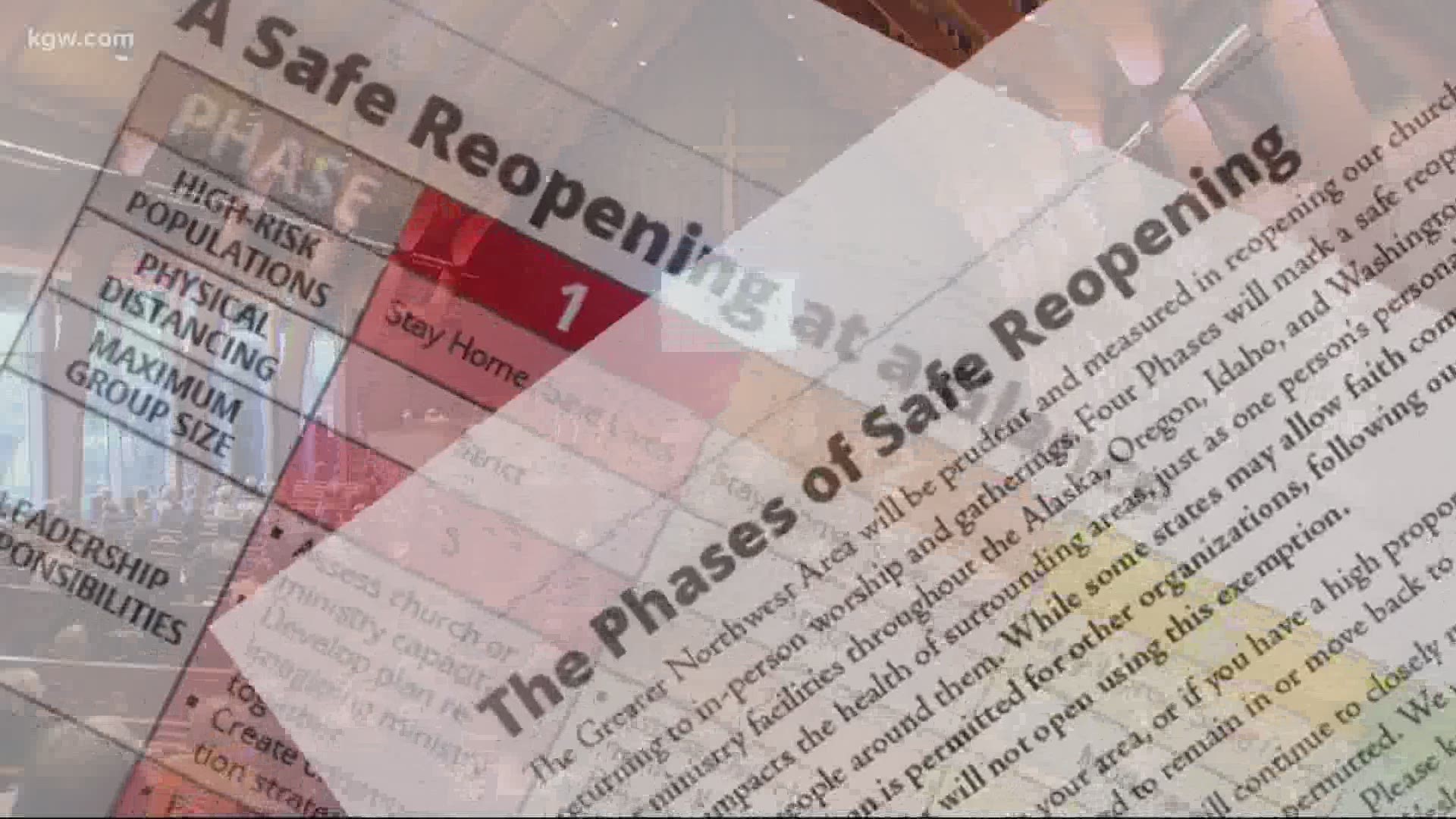 PORTLAND, Ore. — Staff at Werner Beef and Brew in Tillamook County are looking forward to Dec. 3. That's the day new guidelines for each county in Oregon will take effect. Business dropped off sharply during the statewide two-week freeze.

"A lot of those regulars kept continuing to come in, but there was quite a decrease," Werner Beef and Brew general manager Damien Brown said.

Tillamook, Wallowa, Wheeler, Sherman and Gilliam are considered a "lower risk" counties and will have the least strict guidelines.

"Opening up should be a really good, easy process I believe," Brown said about Thursday's reopening plans.

Starting Thursday, Dec. 3 restaurants in the "lower risk" counties can seat up to 50% of their indoor capacity. Tables that were pushed up against the walls will now seat diners indoors. Outdoor dining can resume in all counties, those in the "extreme risk" category will be capped at 50 people maximum.

"We're really excited, we've been biting our teeth ready for this to open up and getting people sitting back down enjoying beers," Brown said.

Closing hours will also change, instead of closing at 10 p.m., now restaurants can stay open as late as midnight in the "lower risk" counties. Restaurants in all the other counties will be allowed to stay open until 11 p.m.

Under the new guidelines announced earlier in the week by Governor Kate Brown, gyms and fitness centers will be allowed to reopen, unless they are in an "extreme risk" county.

Grocery and retail stores will be limited to just 50% capacity in the "high and extreme risk" counties.

Visitations can now resume at long-term care facilities, except for those in the "extreme risk" category where outdoor visits only are allowed.

RELATED: After two-week freeze, Oregon to have new set of COVID-19 restrictions

Churches and faith-based gatherings can increase their limits, inside and outside. Many moved to online services back in March.

"We closed the doors to in-person worship in March, in-person indoor in March," Kristen Caldwell, communications manager for the Oregon-Idaho Conference of the United Methodist Church said, "A lot of our churches have really adapted really well to doing online worship."

The United Methodist Church created its own set of guidelines, that in some cases are more strict than the state's. The church has limited the number of people inside a church to just 10, regardless of the county. Caldwell says, in some cases that number is as much as 25 but a church has to get permission to increase the amount allowed inside.

"We want to hold ourselves accountable and we don't want to become church sites that become super-spreaders of the virus," Caldwell said.

The Oregon Health Authority will finalize the guidelines for each county based on the county's data on Monday, November 30, with the new guidelines taking effect Dec. 3.