The plan was panned by critics as an effort to use migrants as pawns to go after political opponents. 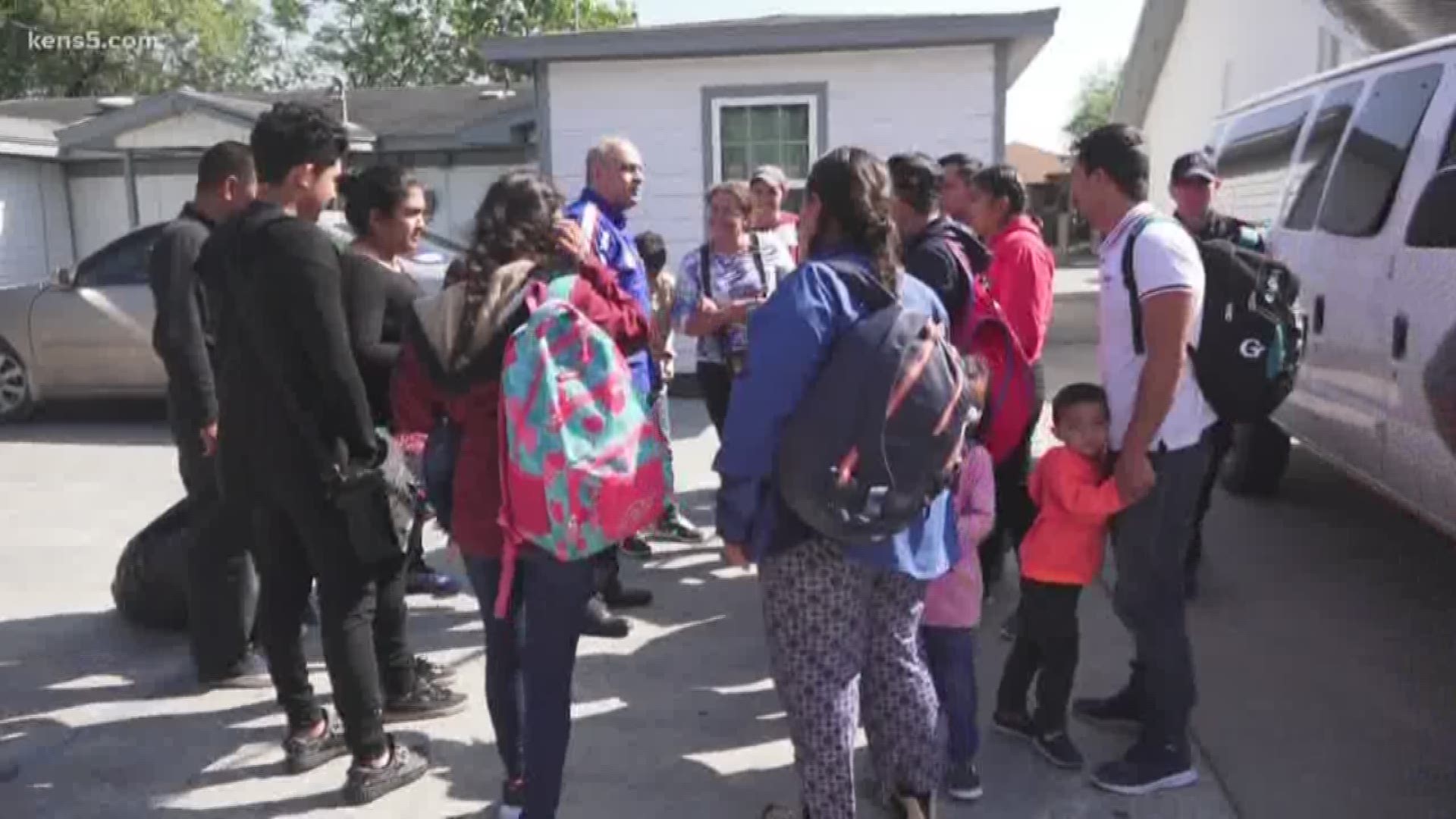 President Donald Trump said Friday he is strongly considering releasing "Illegal Immigrants" into Democratic strongholds to punish congressional foes for inaction on the border— just hours after White House and Homeland Security officials insisted the idea had been rejected as fast as it had been proposed.

"Due to the fact that Democrats are unwilling to change our very dangerous immigration laws, we are indeed, as reported, giving strong considerations to placing Illegal Immigrants in Sanctuary Cities only," Trump tweeted. He added that, "The Radical Left always seems to have an Open Borders, Open Arms policy - so this should make them very happy!"

The reversal, which appeared to catch officials at the Department of Homeland Security off guard, came as critics were blasting Trump for the supposedly-rejected idea, accusing him of turning migrants into pawns to go after his political opponents. It comes as Trump has grown increasingly exasperated by a surge of Central American migrant families crossing the southern border and is looking for new ways to pressure congressional Democrats to change laws that he insists are making the problem worse.

Indeed, last week Trump urged his soon-to-be acting Homeland Security Secretary Kevin McAleenan to seal the southern border and told McAleenan he would pardon him if he were to find himself in trouble for blocking legal asylum-seekers, according to two people familiar with the conversation who spoke on condition of anonymity to describe a private exchange.

It was not clear whether the president was joking, and a Homeland Security spokesman said in a statement: "At no time has the president indicated, asked, directed or pressured the acting secretary to do anything illegal. " The reported conversation came during the president's trip last week to Calexico, California, a day after he announced he was delaying his threat to close the border because Mexico appeared to be stepping up its enforcement efforts.

Before Trump's tweets on Friday, both the Department of Homeland Security and a White House official had insisted in nearly identical statements that the sanctuary-cities plan had been floated but then flatly rejected.

But not, apparently, by the president, who emphatically revived the idea.

Asked about it by reporters, he said he was "strongly looking at" releasing migrant families into those communities.

There were no indications, however, that officials were taking any steps to move forward with the idea or considered the president's words anything more than bluster.

"Sanctuary cities" are places where local authorities do not cooperate with Immigration and Customs Enforcement officials, denying information or resources that would help ICE round up for deportation people living in the country illegally.

They include New York City and San Francisco, home city of House Speaker Nancy Pelosi, who on Friday called the idea "unworthy of the presidency of the United States and disrespectful of the challenges that we face as a country, as a people, to address who we are — a nation of immigrants."

Rep. Bennie Thompson of Mississippi, who chairs the House Homeland Security committee, said it "serves as a reminder that the Trump administration's reckless immigration agenda is not about keeping the country safe, but about partisan politics and wantonly inflicting cruelty. "

The idea of pressing immigration authorities to embrace the plan was discussed in November and then again in February as the Trump administration struggled with a surge of migrants at the border, according to three people who spoke on condition of anonymity to outline private conversations. Homeland Security and ICE lawyers quickly rejected the proposal, according to the people, on the grounds that it was complicated, too expensive and a misuse of funds, two of the people said.

The plan, which was first reported by The Washington Post, is one of a litany of ideas being tossed around by an increasingly anxious White House in recent months. Officials say they are running out of options, and have proposed and recycled numerous ideas that have never come to fruition. Trump in recent weeks, for instance, has discussed the idea of renewing his administration's controversial family separation policy — even as he's publicly declared he won't do that — and has threatened to completely seal the border despite opposition from many in his administration.

There have been at least two versions of the sanctuary city plan discussed: One to move people who have already been detained to places with Democratic opponents of the president, the other to transport migrants apprehended at the border directly to San Francisco, New York City, Chicago and other spots.

ICE arrests people in the U.S. illegally and also manages migrants who present themselves at border crossings and ask for asylum.

The surge of migrant families at the border has been taxing the system, and ICE says it no longer has the resourced to handle immigrants processed by the Border Patrol. As a result, more than 125,000 people have been released as they await court hearings — a practice Trump has derided as "catch and release."

With immigrant processing and holding centers overwhelmed, the administration has already been busing people hundreds of miles inland and releasing them at Greyhound stations and churches in cities such as Albuquerque, San Antonio and Phoenix.

Transporting large groups of immigrants to distant cities would be even more expensive for an agency already strapped for cash. Flights chartered by ICE cost about $7,785 per flight hour, according to the agency, and require multiple staffers, including an in-flight medical professional. The agency also uses commercial flights but requires that migrants to pay for those.

At the same time, many "sanctuary" communities would likely welcome the immigrants in question. Some of these cities have robust networks of nonprofit legal groups that could help them strengthen their legal cases to stay.

The Department of Health and Human Services said this week it had started scouting vacant properties that could be turned into facilities for holding migrant children in several cities, including Atlanta, Dallas, Houston, Phoenix, and San Antonio.

Those facilities would be licensed by each state and likely take several months to be approved and opened, separating them from the rapidly expanding emergency shelter at Homestead, Florida, and the now-closed tent facility at Tornillo, Texas.

The Defense Department has also been reviewing a number of military bases to find a location that can house up to 5,000 unaccompanied migrant children as the U.S. braces for a surge of people crossing the U.S.-Mexico border this spring.

Under the Trump administration, ICE has significantly stepped up arrests, including of people who have no U.S. criminal records. In response, some cities have banished ICE from jails where agents could easily pick up immigration violators. Police in New York, Baltimore and Seattle rarely, if ever, disclose information about when suspected criminals in the U.S. illegally will be released from custody.

Democrats have said they will tackle immigration bills, possibly as soon as they return from their spring recess, and Senate Republican leader Mitch McConnell has indicated an interest.

Associated Press writers Nomaan Merchant in Houston, Astrid Galvan in Phoenix and Lisa Mascaro and Deb Riechmann in Washington contributed to this report.