The move comes hours after Alexander Vindman, a decorated soldier and aide who played a central role in the impeachment case, was escorted out of the White House. 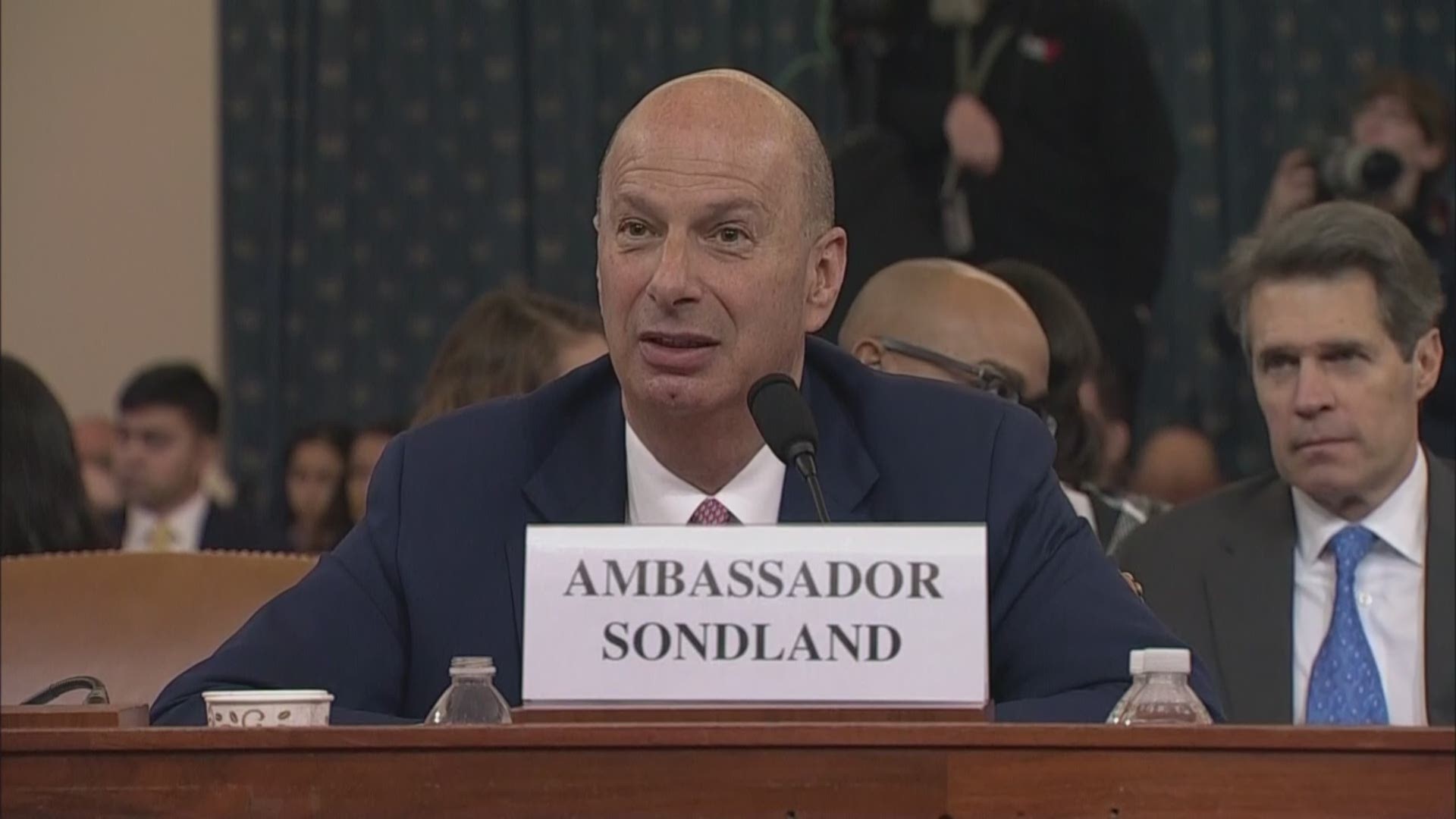 WASHINGTON — President Donald Trump has ousted Gordon Sondland, his ambassador to the European Union, who delivered damaging testimony during the impeachment inquiry.

Sondland says in a statement that Trump intends to recall him effectively immediately.

The action comes just hours after Lt. Col. Alexander Vindman, the national security aide who played a central role in the impeachment case, was escorted out of the White House complex Friday.

The president made the moves just two days after his acquittal by the Senate.

Trump exacted the swift punishment on Friday against those who crossed him during his impeachment hearings, ousting both government officials who had delivered damaging testimony.

First came news that Trump had ousted Vindman. Next came word that Sondland also was out.

RELATED: VERIFY: Does the president have any control over the primary schedule?

RELATED: VERIFY: Did Nancy Pelosi break the law when she ripped up her copy of the State of the Union speech?