The staffing problems were at air traffic centers in Jacksonville, Florida and a Washington, D.C. center that controls high-altitude air traffic over seven states. 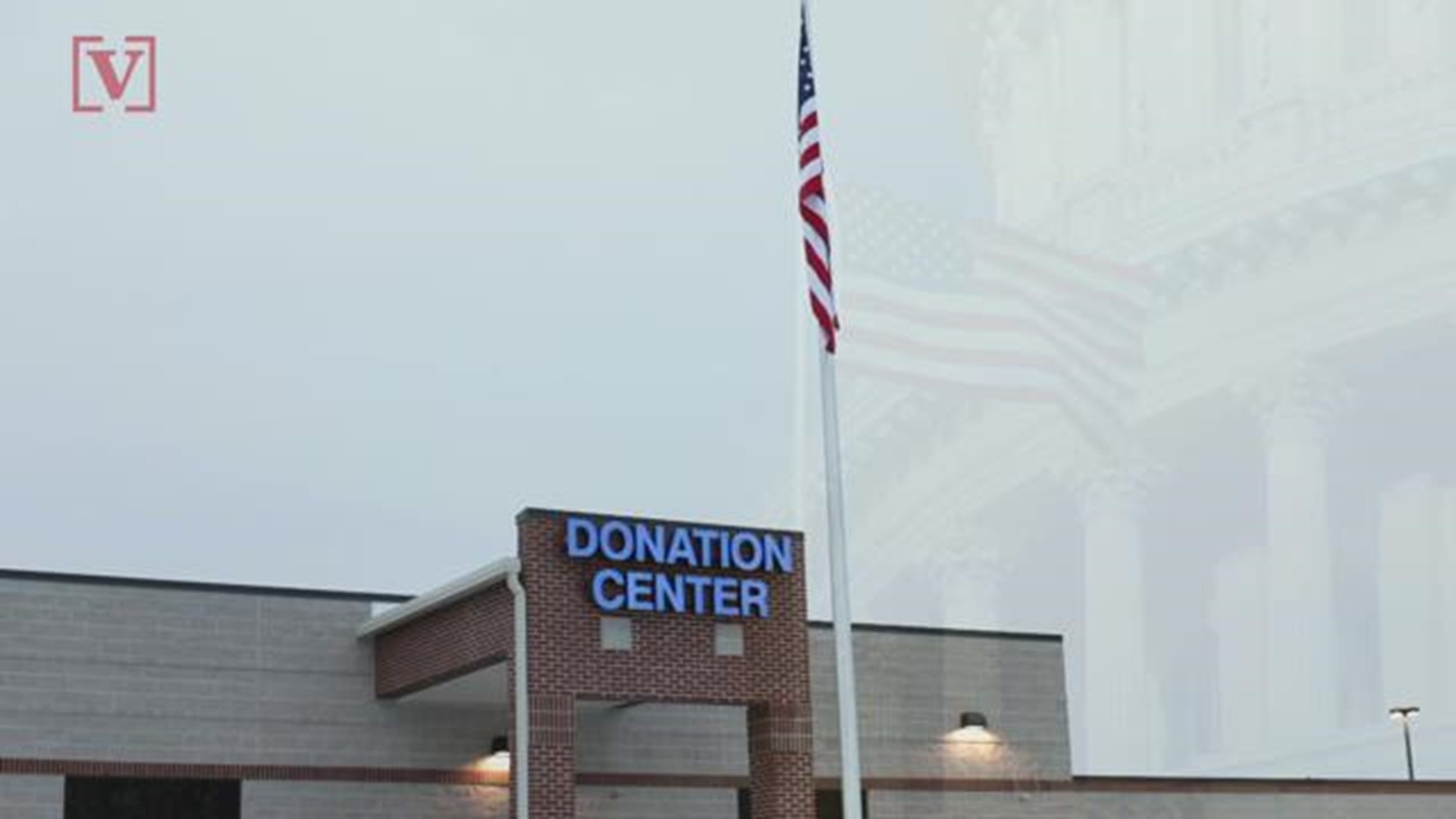 Politicians couldn't overcome their differences and end the government shutdown over five weeks. Six air traffic controllers might have given them the final nudge they needed.

Six of the 13 controllers who normally staff a critical air traffic center in Virginia didn't come to work Friday. That center handles air traffic in and out of the mid-Atlantic region and the New York City area.

Their absence contributed to a slowdown in air traffic and massive delays along the East Coast on Friday. LaGuardia Airport in New York and Newark Liberty International Airport in New Jersey were particularly affected, and delays rippled outward from there — about 3,000 late flights by midafternoon.

Negotiations to end the shutdown had been gaining speed Thursday night. The air-traffic mess added urgency to the talks — by emphasizing how, for the first time, millions of ordinary Americans were affected.

On Friday afternoon, President Donald Trump went to a lectern in the Rose Garden and announced a deal to end — at least for three weeks — the partial government shutdown that had forced air traffic controllers and airport screeners to work without pay.

The shutdown had become a source of growing alarm for travelers and airlines. The absence rate among airport screeners peaked at 10 percent last weekend, meaning longer lines. Some government workers and contractors were grounded, costing Delta Air Lines up to $25 million and Southwest Airlines up to $15 million in lost revenue.

"This is crazy," Southwest CEO Gary Kelly said Thursday. "It just absolutely needs to end. ... It will harm the economy; it will harm air travel."

Friday's deal was greeted with relief in the travel industry.

Roger Dow, president of the U.S. Travel Association trade group, said he hoped the deal would end further disruption to air travel, "which undoubtedly would have begun to generate downstream economic damage throughout the country."

Union leaders representing pilots and flight attendants — who had warned two days earlier that the shutdown could put safety in doubt — praised the end of the shutdown.

Those who represent the workers involved tempered their enthusiasm because the deal keeps the government running only through Feb. 15 while Trump and Democrats negotiate over the president's demand for $5.7 billion in border-wall funding.

"While reopening the government is long overdue, I will not celebrate a temporary reprieve to a politically motivated crisis that has left many federal employees in anguish over how to pay their bills, feed their families, and keep a roof over their heads," said David Cox, national president of the American Federation of Government Employees, which represents airport screeners hired by the Transportation Security Administration.

Flight delays that began on the East Coast became a major news story Friday, and the clearest sign yet of the shutdown's impact on travel.

A Federal Aviation Administration spokesman said that there was a "slight increase in sick leave" at control centers in Virginia and Florida, and that the FAA had adjusted to meet available staffing by, among other things, rerouting flights and putting more space between planes in the air.

Trump was informed of the situation Friday morning. "The President has been briefed and we are monitoring the ongoing delays at some airports," White House spokeswoman Sarah Sanders said in a statement. "We are in regular contact with officials at the Department of Transportation and the FAA."

At LaGuardia, travelers learned of delayed flights from announcements over PA systems.

"The shutdown hit home, finally," said Sanjay Shetty, a management consultant from Ann Arbor, Michigan, as he waited to board a delayed plane to Detroit.

Shetty tried to shrug it off. "I travel every week, and nothing surprises me."

K. Jared Wright's flight from LaGuardia to Palm Beach, Florida, had to stop in Atlanta because the plane burned through so much fuel during an hourlong wait to take off. He too took it in stride.

"People are dealing with considerably worse things during this time, so I consider myself fortunate and hope the federal employees get paid what they need and deserve," Wright said.

During the shutdown, about 420,000 government employees including air traffic controllers and TSA agents have been working without pay; another 380,000 were furloughed.

They will be paid — soon, Trump promised — but in the meantime, many are describing financial hardships, relying on food banks, and worrying whether they can pay the rent or mortgage.

"Many controllers have reached the breaking point of exhaustion, stress, and worry caused by this shutdown," said Paul Rinaldi, president of the National Air Traffic Controllers Association.

While the focus Friday was on air traffic controllers, TSA said that 7.6 percent of its airport screeners scheduled to work Thursday did not show up. That was down from last Sunday's peak of 10 percent, but more than double the 3 percent absence rate of the comparable day last year.

As it has for several days, TSA added that many screeners say they can't report to work because of financial strain.

TSA has been moving agents to airports where there are shortages, and occasionally consolidating checkpoints, to prevent lines from getting too long.

Airlines reacted cautiously to the disruptions, trying to avoid alarming their customers.

In a statement Friday morning, a United Airlines spokesman said the carrier was working with the FAA and airports to minimize the impact on flights and travelers.

"At this point, we don't anticipate significant schedule disruptions, but it is another good illustration of the escalating impact of the government shutdown and the need for the federal government to promptly re-open," the United statement read.