The seven teepees, erected on Dec. 19, symbolize the hope and unity of those who have suffered loss in 2020. 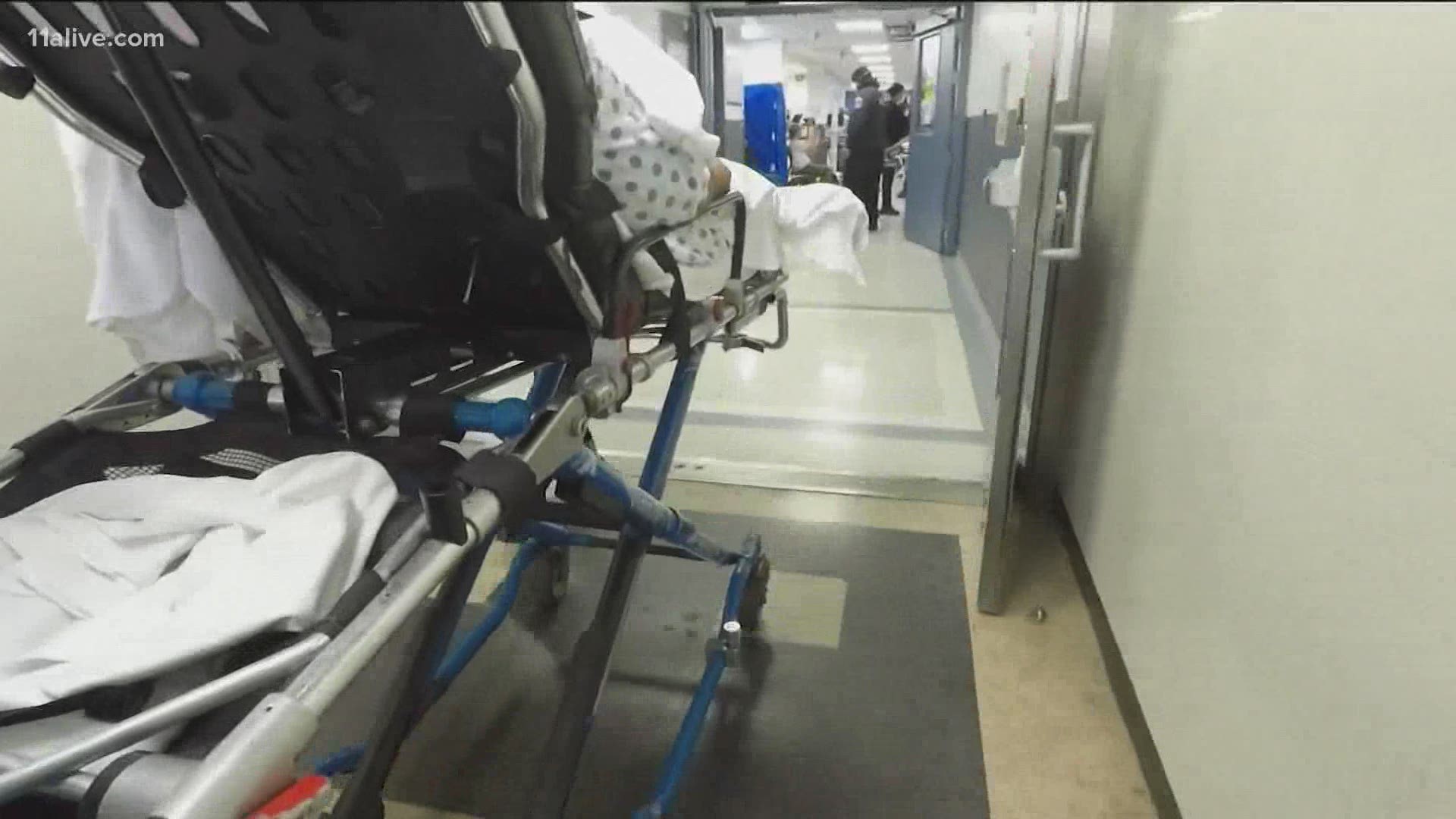 On Dec. 29, 14 flags flew parallel to the seven teepees standing against the wind on the Rims in Billings during a small ceremony acknowledging the enormous challenges tribal leaders have faced during the pandemic.

The flags, one for each of the 12 Tribal Nations in Montana, the state and the U.S., were planted at the "Lighting of the Teepees: A Symbol of Hope" display at Swords Park.

As a member of the Apsáalooke Nation, William Snell Jr. has seen first hand the challenges that Montana's Tribal Nations have faced under the pandemic.

"Those leaders have struggled with COVID-19 and the impact its had on their economy and health," Snell told The Billings Gazette. "I just wanted to honor leaders. It's got to be very difficult for them."

Snell, the president of the Pretty Shield Foundation and executive director of the Rocky Mountain Tribal Leaders Council, organized the event.

The seven teepees, erected on Dec. 19, symbolize the hope and unity of those who have suffered loss in 2020 and will be on display until shortly after the New Year.

Credit: AP
A couple watches the Cold Moon while standing amongst "The Lighting of the Teepees: A Symbol of Hope" at Swords Park Tuesday, Dec. 29, 2020 in Billings, Mont. (Ryan Berry/The Billings Gazette via AP)

In Billings, the lodges have given Snell and other organizers the opportunity to meet many people and hear stories of their lost loved ones. He's also heard some "miraculous stories of healing."

Rocks, many bearing the names of loved ones lost or sickened during the past year, are being placed in rings around the teepees. One family brought a rock for a relative who was battling COVID-19 on a ventilator. A few days later Snell heard that the person had begun to recover.

"It's kind of hard to hold back the tears when I visit with them," he said.

People from across the country, and internationally from Australia, Canada and Scotland, have reached out with words of support, hope and healing, he said.

"It was overwhelming that this brought unity to all people. This was unexpected but was wonderful," he said.

The teepees were largely erected to honor those taken by COVID-19, but Snell said the lodges are also meant to support anyone grieving, struggling with addiction, mental illnesses, or who may feel alone.

"Whenever you can touch a person's heart and make a difference in their life that's a nice gift to give to somebody," Snell said.

For Les Left Hand, who helped erect the lodges, seeing the community's response has been powerful.

"It's a lot bigger than we first anticipated, but it's a great cause bringing up everyone's spirits," Left Hand said.

Like many others, Left Hand has experienced loss in 2020. He recognizes many of the names on rocks that circle the base of the teepees.

At the height of the COVID-19 pandemic on the Crow Reservation, Left Hand said he was attending a funeral several times a week.

There are rocks for Snell's family, too. One for his sister, Verna First Chief, who died this year from COVID-19 in Havre.

"She had amazing knowledge of our culture," Snell said, adding that the pandemic-related deaths have been more devastating for Tribal nations because the elderly, who are most vulnerable to the disease, are often sole keepers of cultural knowledge.

Left Hand is one of several volunteers providing a 24/7 watch over the teepees, to ensure there is no vandalism or theft of the rocks.

With an eye on the teepees, Left Hand has watched families come and grieve loved ones.

"Sometimes it's just a silent cry that they have. Some are still missing loved ones so much they can't control the sobbing," Left Hand said.

He offers a prayer for them.

"I hope to help release some of that hurt and pain that they have — it'll never go away — but it's a small gesture," he said.

RELATED: About 1/4 in US won't get coronavirus vaccine, AP poll finds