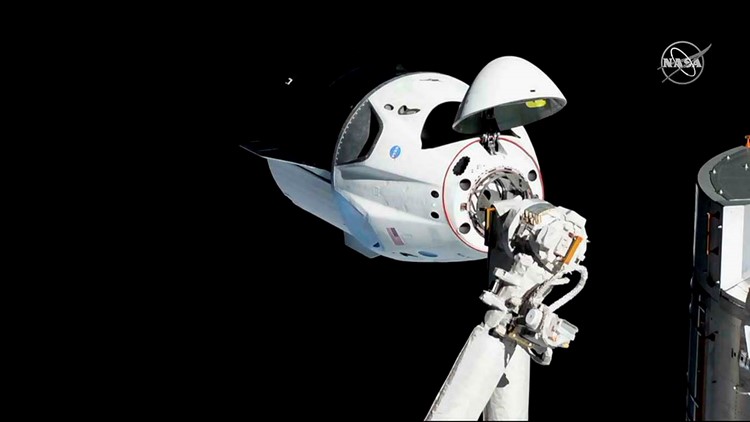 Photo by: NASA via AP, File
In this Sunday, March 3, 2019 file photo provided by NASA, the SpaceX Crew Dragon is pictured about 20 meters (66 feet) away from the International Space Station's Harmony module.

Officials say SpaceX's new capsule for astronauts suffered an "anomaly" during a routine engine test firing in Florida, causing smoke to be seen for miles.

Williams says no one was injured and the anomaly was contained.

SpaceX's Crew Dragon successfully flew without a crew to the International Space Station in March. Officials had previously said the first flight with astronauts could be as early as this summer, but the schedule is under review.

In a statement, SpaceX said it's committed to ensuring that its systems "meet rigorous safety standards." It says it is investigating why the anomaly occurred.