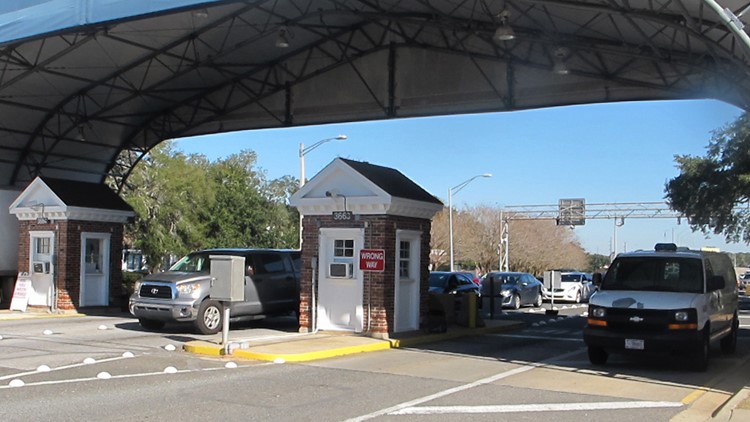 Photo by: AP
In this Jan. 29, 2016 photo shows the entrance to the Naval Air Base Station in Pensacola, Fla.

Shooting at Pensacola base by Saudi aviation student was 'motivated by jihadist ideology,' AG says

Attorney General William Barr says the United States is removing nearly two dozen Saudi military students from a training program and sending them back to their home country.

This follows an investigation into a deadly shooting by Saudi aviation student Mohammed Alshamrani at a Florida navy base last month.

Barr says many of those students had contact with child pornography and possessed “jihadist” or anti-American material. None is accused of having advanced knowledge of the shooting.

Barr says the shooter was motivated by “jihadist ideology” and he described the killings as an act of terrorism.

Investigators found that Alshamrani posted a social media message on Sept. 11 last year that "the countdown has begun." He also visited the 9/11 Memorial in New York City over the Thanksgiving weekend and posted "anti-American, anti-Israeli and jihadi messages" on social media, including two hours before the attack, Barr said.

He also said that the shooter possessed two Apple iPhones, but Apple "has not given any substantive assistance" in trying to unlock them.

"The countdown has begun"