Houlihan lives and trains in the Portland metro area. She believes the nandrolone in her system may have come from pork she ate, but her appeal was denied. 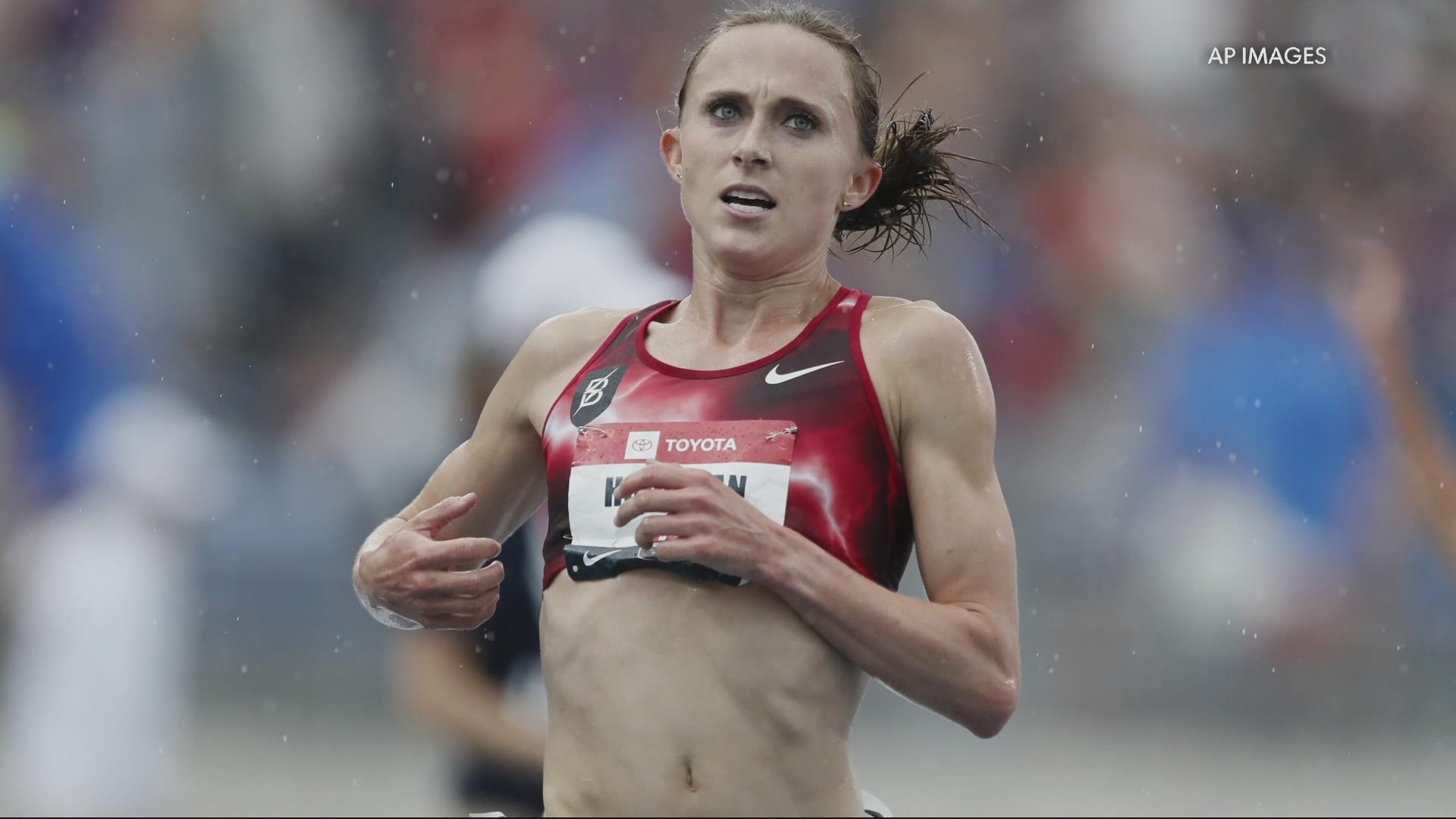 UPDATE JUNE 17: After remaining on the start lists for Friday's preliminaries at the U.S. OIympic Track and Field Trials, Houlihan will not be allowed to compete after USA Track and Field received her formal notice of suspension.

Distance runner Shelby Houlihan, who holds the American records for the 1,500 meters and 5,000 meters, announced Monday she has been suspended for four years after testing positive for a banned steroid that she believes came from food she consumed hours before the test. The news comes as the U.S. Olympic Track and Field trials are set to start this week.

In a tearful video, the text of which was posted to her Instagram page, Houlihan said she was informed in January by the Athletics Integrity Unit (AIU) that a sample she provided on Dec. 15, 2020, tested positive for nandrolone. That led to an immediate provisional suspension.

"When I got that email, I had to read it over about ten times and google what it was that I had just tested positive for," Houlihan wrote. "I had never even heard of nandrolone. I have since learned that it has long been understood by WADA (World Anti-Doping Agency) that eating pork can lead to a false positive for nandrolone, since certain types of pigs produce it naturally in high amounts. Pig organ meat (offal) has the highest levels of nandrolone."

The National Library of Medicine says nandrolone is a "synthetic, anabolic steroid analog of testosterone."

Houlihan said she then put together a food log and determined the most likely source was a burrito she ate from an authentic Mexican food truck near her home in Beaverton, Ore.

Houlihan, who said she had never tested positive for a banned substance before this, said she took several steps to prove her innocence. She provided hair samples and passed a polygraph test. She also cited WADA guidelines for testing in cases like this.

"WADA agreed that test proved that there was no build up of this substance in my body, which there would have been if I were taking it regularly," Houlihan wrote. "Nothing moved the lab from their initial snap decision. Instead, they simply concluded that I was a cheater and that a steroid was ingested orally, but not regularly."

The Court of Arbitration for Sport confirmed Tuesday its panel of judges “unanimously determined that Shelby Houlihan had failed” to prove how the anabolic steroid nandrolone got into her system.

The case was fast-tracked with the consent of all parties to be heard on June 4 by video link with the court in Lausanne, Switzerland. The verdict was announced without a detailed verdict. Houlihan said she learned of the verdict last Friday.

NBC Sports reports that sports attorney Paul Greene walked reporters through Houlihan's case Monday and said he may appeal to the Swiss federal tribunal, which often hears appeals of such cases.

“Shelby is an innocent athlete,” Greene declared. “What happened to her is entirely unjust.”

"I feel completely devastated, lost, broken, angry, confused and betrayed by the very sport that I’ve loved and poured myself into just to see how good I was," Houlihan wrote.

She says she now fears the dream she's had for years -- to stand atop an Olympic podium with gold around her neck -- may be lost forever. The ban won't be lifted until June 11, 2025. That means Houlihan, 28, will also miss the 2024 Olympics in Paris. She will be 35 when the 2028 Olympics in Los Angeles come around.

"I’m going to continue fighting to prove my innocence. I will not sit down and accept a four year ban for something that I did not and would never do," Houlihan wrote.

The AIU had not issued a statement on the suspension as of Monday.