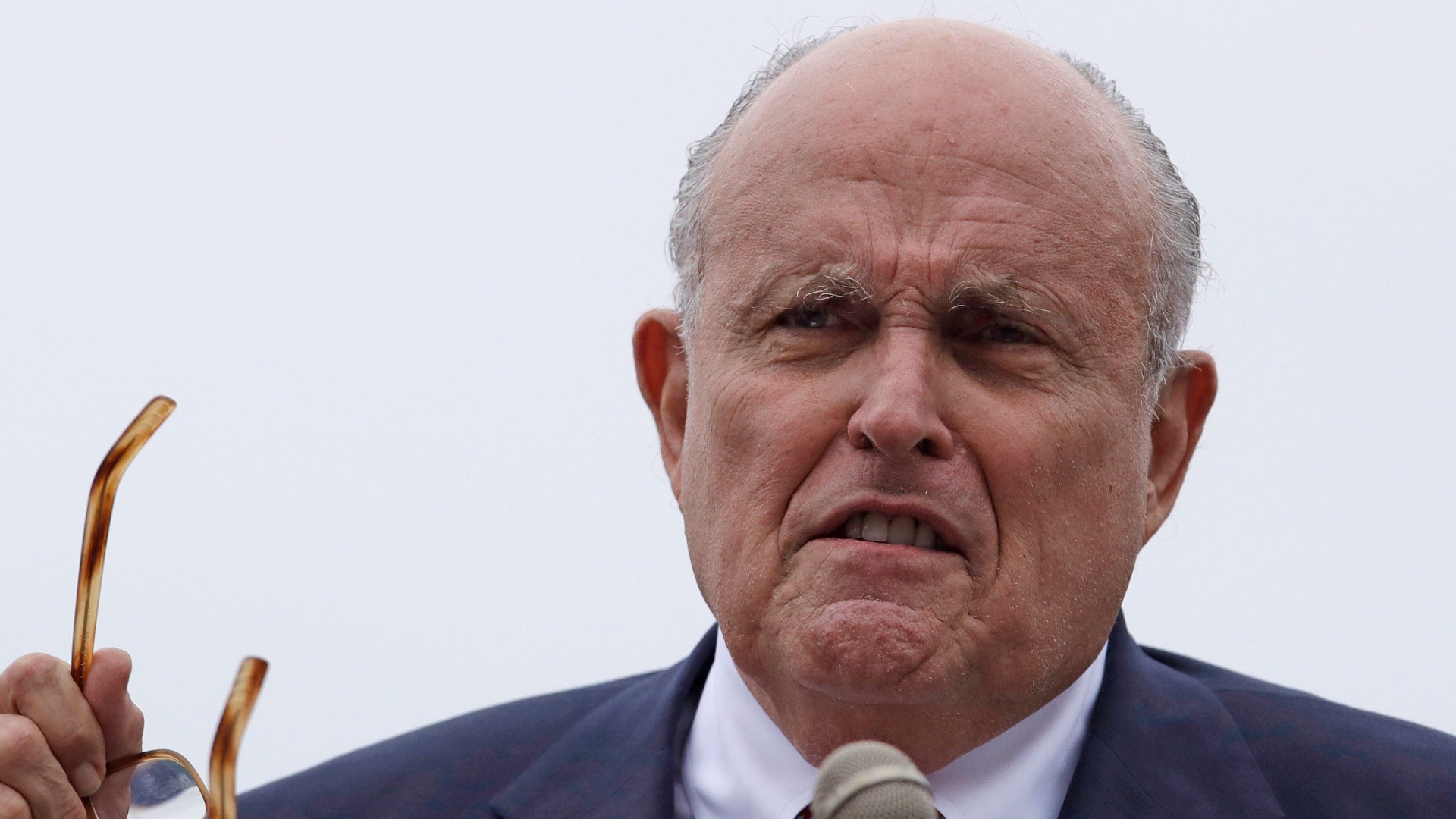 WASHINGTON — Former Trump administration official Rudy Giuliani allegedly accidentally texted a reporter what appeared to be a personal password, according to multiple IT experts says Roger Sollenberger, who reported the claim Sunday for Salon.

The accidental text allegedly included what appeared to be a password that contained the "name of a networking company," along with a capital letter and a special character, and a number," the report says. "Given iPhone's messaging setup," it would be "impossible to type with your butt or in any other unwitting way," according to Sollenberger.

In the years of interesting appointments made by the Trump administration, the naming of former New York Mayor and Trump personal lawyer Rudy Giuliani as Trump's cybersecurity adviser was notable. Multiple headlines describing his technology gaffes caught the eyes of the nation. As NBC reported, one former Apple store employee was there when Giuliani walked in a downtown San Francisco location, and called it "very sloppy" when the then Trump administration official asked store employees to help him unlock his phone.

In the NBC report, the Apple employee was quoted as saying, “Trump had just named him as an informal adviser on cybersecurity and here, he couldn’t even master the fundamentals of securing your own device.”

Giuliani then reportedly butt-dialed an NBC reporter and left an unintended voicemail where he could be heard talking about his need for cash, his dealings with matters overseas and discussing the Bidens.

The Salon report goes on the detail how Giuliani hired a communications director in late September, possibly to help him curtail his technological mishaps. The new hire, a young and "wildly underqualified pseudo-evangelical Turning Point USA social media personality," is Liberty University Online communications major Christianné Allen. Allen has been found to have ties to Charles Gucciardo, the head of personal injury firm Gucciardo Law, as well as Giuliani’s clients Lev Parnas and Igor Fruman, all who are Giuliani associates linked to dealings with Ukraine.

"As it becomes increasingly untenable for serious people to associate themselves with Trump, their world gets smaller," says journalist Roger Sollenberger in his reporting for Salon, "tried and true allies who hang on find themselves with fewer and fewer options for top-tier advisers, lawyers, campaign staff, and so on."