The study claims the turtles themselves were estimated to weigh 2,500 pounds, which is almost 100 times the weight of its closing living relative. 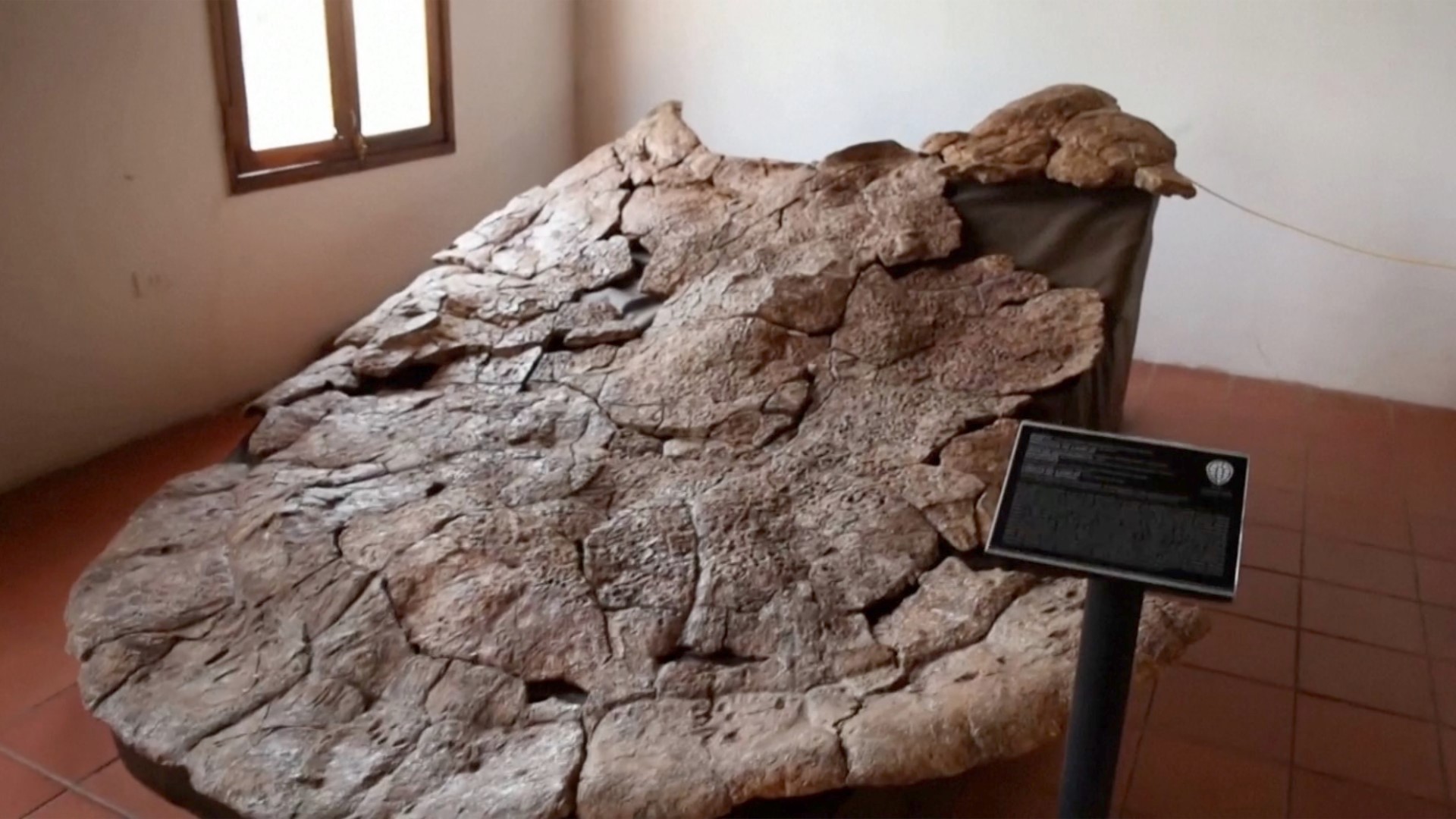 The massive shells reach nearly 10 feet in length. The study claims the turtles themselves were estimated to weigh 2,500 pounds, which is almost 100 times the weight of its closing living relative, the big-headed Amazon river turtle.

"The carapace of some Stupendemys individuals reached almost three meters, making it one of the largest, if not the largest turtle that ever existed," said Marcelo Sánchez, director of the Paleontological Institute and Museum of University of Zurich and head of the study.

One shell was discovered in eight million year old deposits.

Sánchez noted in the study that the shells showed an unexpected feature: horns. The male's shells had horns, but and the female shells didn't.

According to the paleobiologist, this is the first time that a distinction between the sexes in the form of horned shells has been reported for any of the side-necked turtles, one of the two major groups of turtles worldwide.

RELATED: Turtle passes 100 pieces of plastic while recovering from surgery

How did this species get so big? The study said the warm wetlands and lakes in the habitat are to thank.

Scientists have known about the colossal Stupendemys since 1976, but the new investigation uncovered even more fossils and secrets about this turtle.

The study said that the new discoveries and the investigation of existing fossils from Brazil, Colombia and Venezuela indicate a much wider geographic distribution of Stupendemys than previously assumed. The animal lived across the whole northern section of South America.

RELATED: Not just straws: Scientists concerned about plastic, microplastics in the ocean