The acting director of national intelligence initially balked at the House Intelligence Committee's demand to turn over a secret whistleblower complaint. 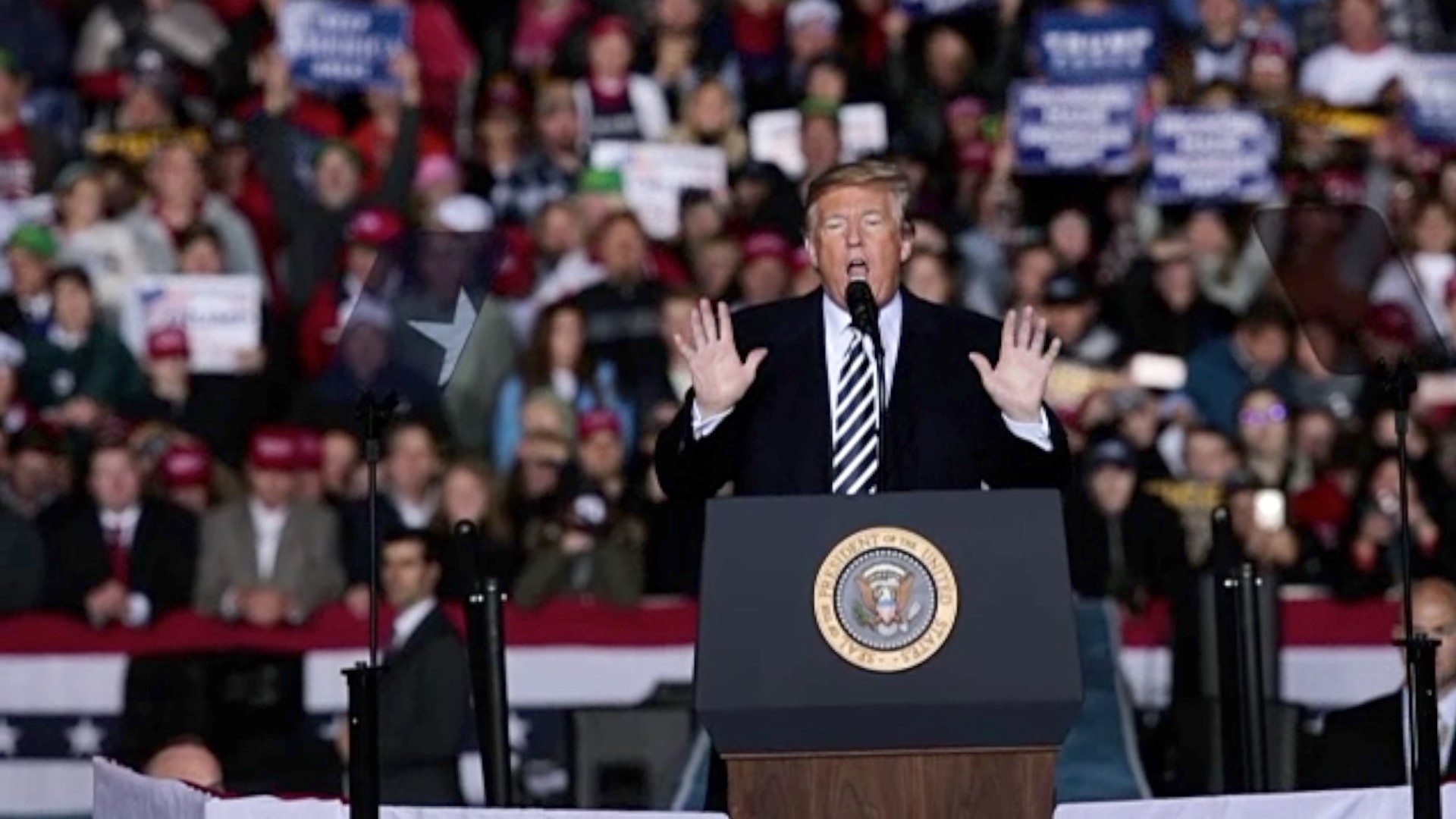 WASHINGTON — A secret whistleblower complaint that's at the center of a dispute between Congress and the director of national intelligence involved a communication between President Donald Trump and a foreign leader, according to reports by the Washington Post and CNN.

The acting director of national intelligence has agreed to testify next week to the House Intelligence Committee after initially balking at the panel's demand to turn over a secret complaint.

Committee Chairman Adam Schiff subpoenaed Joseph Maguire last week, saying he was withholding a whistleblower complaint from Congress and questioning whether he had been directed to do so by the White House or the attorney general.

CNN is citing a source familiar with the case, saying that the whistleblower complaint was in regards to a communication between President Donald Trump and a world leader. It is not clear which world leader the complaint is referring to.

The Washington Post reported the specific issue with that communication between Trump and the unnamed world leader was a promise made by the U.S. president. That promise apparently so concerned a U.S. intelligence community official that it prompted that official to file a whistle blower complaint, according to The Washington Post.

Maguire will testify publicly about the whistleblower complaint on Sept. 26, and the committee will also hear from the intelligence community's inspector general on Thursday in a closed-door hearing, Schiff announced.

"The Committee places the highest importance on the protection of whistleblowers and their complaints to Congress," Schiff said.

In a letter Tuesday, the general counsel for the Office of the Director of National Intelligence, Jason Klitenic, wrote that the agency is protecting the whistleblower and argued the allegation does not meet the definition of "urgent concern."

Schiff said last week that Maguire is required to share the complaint with Congress and said the attempt to hold it back "raises serious concerns about whether White House, Department of Justice or other executive branch officials are trying to prevent a legitimate whistleblower complaint from reaching its intended recipient, the Congress, in order to cover up serious misconduct."

He added that he was concerned that administration officials "are engaged in an unlawful effort to protect" President Donald Trump.

The Associated Press contributed to this report

Credit: AP
Rep. Devin Nunes, R-Calif, ranking member of the House Intelligence Committee, left, and Chairman Adam Schiff, D-Calif., right, listen to witnesses as the Democrat-controlled panel pushed ahead with their oversight of the Trump administration at a hearing to examine to examine "Putin's Playbook," how the Russian government works to undermine its adversaries, especially the U.S., on Capitol Hill in Washington, Thursday, March 28, 2019. (AP Photo/J. Scott Applewhite)