The tournament had been scheduled to be held from Oct. 5-13 on outdoor hard courts at Victoria Park. 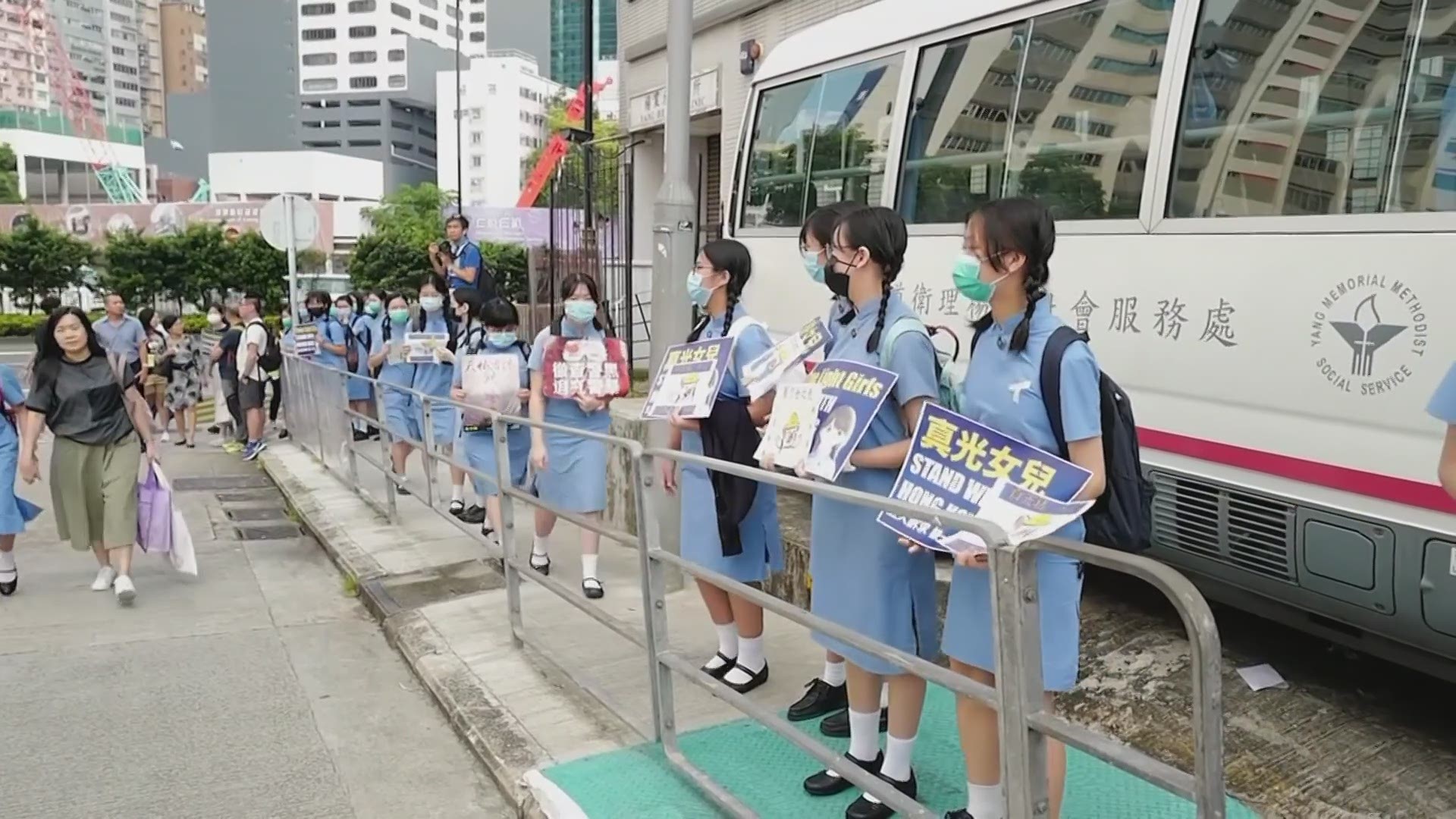 The tournament had been scheduled to be held from Oct. 5-13 on outdoor hard courts at Victoria Park. Tournament organizers said the event would be put back "in light of the present situation" but did not give a new date.

A summer of protest has rocked the region, led by campaigns against a proposed extradition law which would allow Hong Kong suspects to be sent to China for trial.

Credit: AP
In this Sunday, Sept. 8, 2019, file photo, a fire set by protesters burns at an entrance to the Central MTR subway station in Hong Kong. Thousands of demonstrators participated in a peaceful march to the U.S. Consulate but later violence broke out in the business and retail but later after protesters vandalized a metro station and blocked traffic at a major thoroughfare, with several people detained. (AP Photo/Kin Cheung, File)

"In light of the present situation, Hong Kong Tennis Association and the WTA are announcing a postponement of the 2019 Hong Kong Tennis Open," organizers said in a statement. "We strive to maintain a high standard of the event for all participants, players and the fans in particular.

RELATED: Hong Kong tells US to stay out its business as protesters seek help

"However, after extensive discussions with our key stakeholders, we conclude that a smooth running of the tournament can be better assured at a later time."

The packed tennis calendar could make that impossible.

If the tournament is delayed by more than a week, it would clash with two end-of-season events, the Elite Trophy and WTA Finals. Shortly after that comes the Fed Cup final between France and Australia.