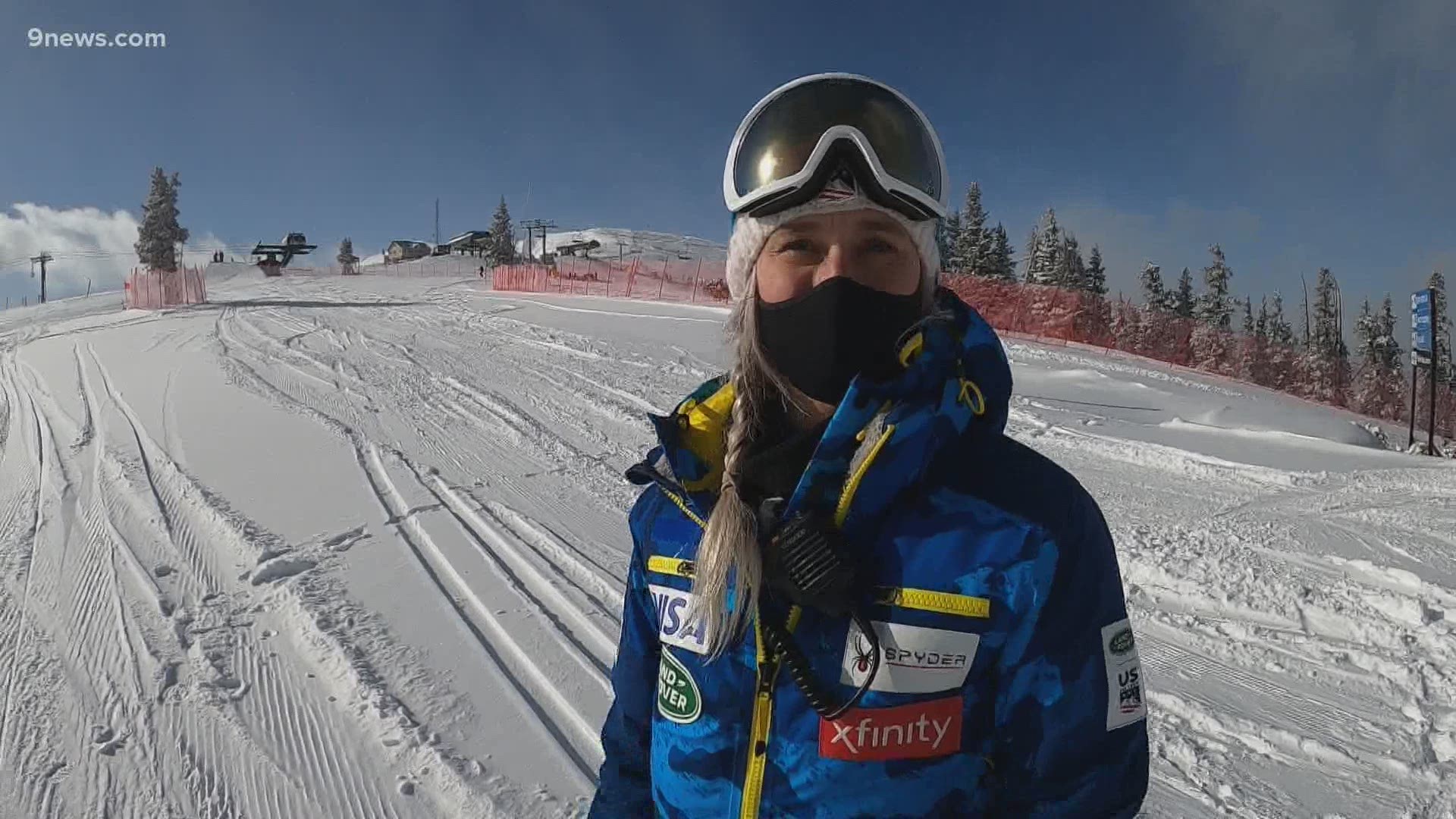 Editor's note: The attached video is about U.S. ski team training in Nov. 2020.

Mikaela Shiffrin’s latest gold medal from the skiing world championships moved her past both Lindsey Vonn and Ted Ligety.

Shiffrin won the combined on Monday, giving her a sixth gold and a ninth career medal from the worlds — one more than Vonn at the top of the all-time list of American medalists.

Shiffrin also set an American record with her sixth world championship title after sharing the mark with Ligety, who retired last week. She has four golds in slalom and one in super-G from previous worlds and is among the main contenders in slalom and giant slalom later this week.

“It takes away the pressure of ‘winning a medal’ and all of the things, the records, or the talk around what I’m able to accomplish with specifically medal count,” she said.

Shiffrin excelled in both the super-G and the slalom portion to win her second medal of this year’s worlds.

Marco Schwarz won the men’s combined to give Austria its third straight gold medal in the men’s events.

Shiffrin’s success has come three months after returning to ski racing from a 300-day break from competition following the death of her father in February 2020, the coronavirus pandemic and a back injury.

She ranked third after the super-G portion on Monday but was fastest in the slalom leg to beat Petra Vlhova of Slovakia by 0.86 seconds. Olympic champion Michelle Gisin of Switzerland finished 0.89 behind for bronze.

Trying not to overpower her run, Shiffrin skied rather conservatively through the first couple of gates before accelerating once she found her rhythm.

Shiffrin initially shrugged her shoulders after finishing her slalom run, seeming to indicate she wasn’t sure whether her time would hold up.

“It’s always tough to know. I felt like I was pushing, even though some turns felt slippery, but I was still pushing,” Shiffrin said. “I thought if somebody else has the timing a little bit better, especially the very top part, I don’t have a guaranteed medal off.”

However, no one came even close to the American. Even Vlhova, the overall and slalom World Cup leader, lost ground on Shiffrin after she placed seventh in the super-G.

No. 9 ✔️@MikaelaShiffrin becomes the most decorated American in Alpine World Ski Championships history with a GOLD medal win in the alpine combined — and there's still more racing to come at #Cortina2021. pic.twitter.com/RzFvyy9Drh

In the men’s race, Schwarz edged defending champion Alexis Pinturault by four-hundredths of a second. Loic Meillard of Switzerland was 1.12 behind in third.

Schwarz, a bronze medalist two years ago, was four-tenths off the lead in fifth after the super-G portion but showed his slalom skills as he posted the fastest time in the deciding leg.

The worlds continue with parallel races for both women and men on Tuesday.