Between extra security, and a young man who was loudly cheering and applauding on-screen murders at a New York City theater, some are unsettled about the film. 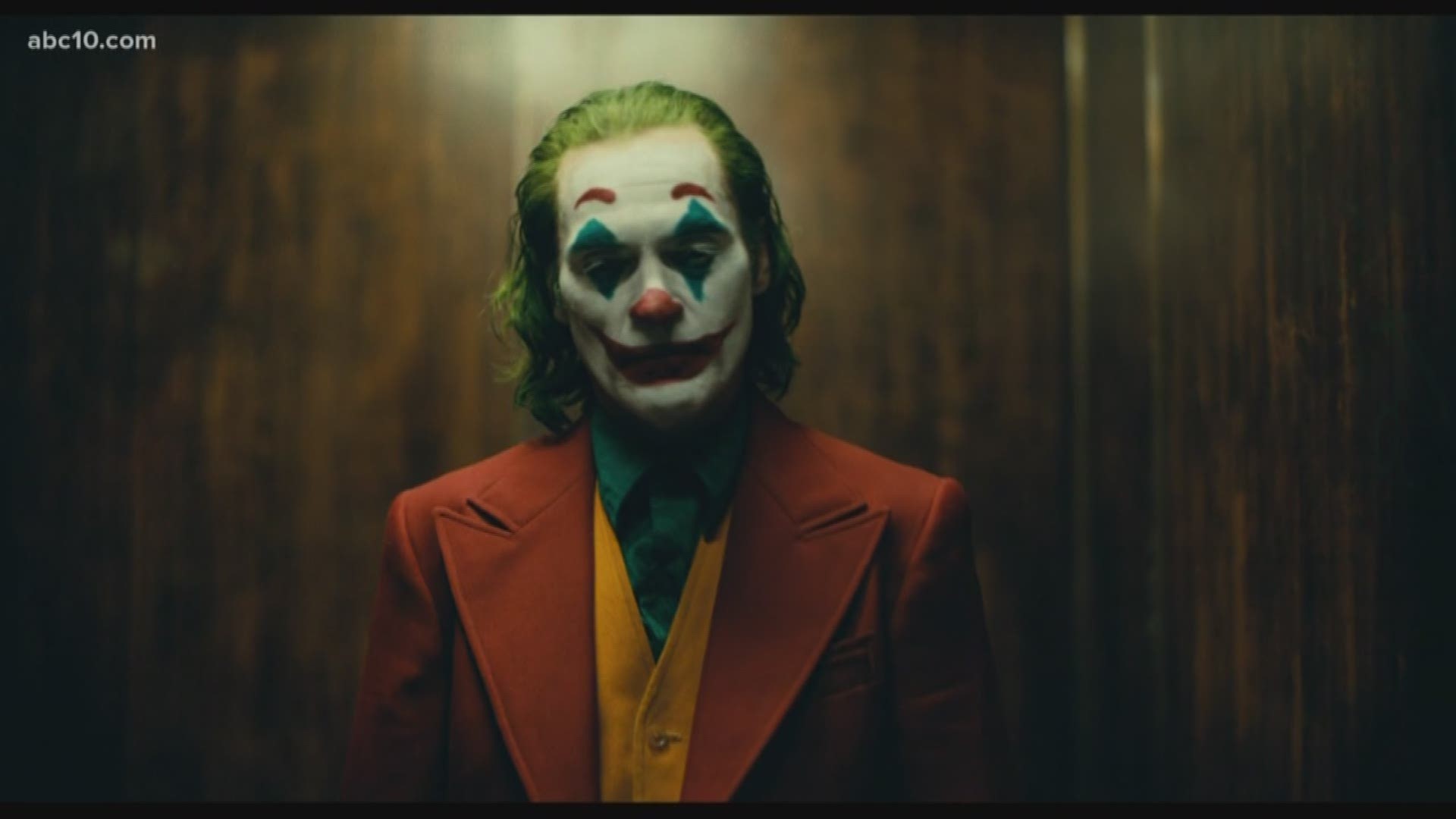 Extra layers of security, intense on-screen action and a frightening incident inside a New York theater combined to create an unsettling experience for some moviegoers who went to see "Joker" on its opening weekend.

A young man who was loudly cheering and applauding on-screen murders sent some people heading toward exits in a crowded theater in Manhattan's Times Square on Friday night. Other patrons yelled at the man, who spit on them as they left early, said Nathanael Hood, who was in the theater.

"I was scared. I'm sure a lot of other people were," Hood said in an interview conducted by private messages.

Social media users posted photos of police, security sweeps and safety notices at theaters in California and Florida. And in Tennessee, a drive-in theater banned moviegoers from wearing costumes to a screening of the R-rated "Joker," which scored an October box-office record with $13.3 million in earnings.

The Warner Bros. film, directed by Todd Phillips, presents the backstory of the man who becomes Batman's classic foe. Starring Joaquin Phoenix, it probes the journey of a disturbed man with a penetrating laugh into a killer.

While Phillips has said he hopes the film inspires discussions about guns, violence and the treatment of people with mental illness, some feared the movie could inspire violence, particularly after a mass shooting killed 12 at a Colorado theater during a screening of another Batman movie in 2012.

Hood, who attended an afternoon viewing of "Joker" at AMC Empire 25 in Times Square, said a disruption began in the seats when the action on the screen grew intense.

"About halfway through when Joker started killing people and monologuing about how society is evil he started clapping really loudly and incessantly for a good minute. People started yelling for him to shut up, but he kept clapping and cheering like mad," Hood said.

RELATED: REVIEW: The problem with the 'Joker' movie

The man started clapping and cheering again "really loudly" during a climatic gunfight, he said, and got "belligerent" when people told him to quit.

"Finally security came and got him. He was still being interrogated outside the theater when we came out," said Hood. Plenty of police were around the theater, he said.

Another moviegoer, Etai Benson, said the loud man was sitting beside him at the start of the movie and poured what appeared to be a full bottle of alcohol into a drink. The man's behavior "combined with the carnage happening onscreen got people nervous," he said.

"This was most likely a harmless drunk guy, but all the nervousness built around the film made what happened (Friday) night really unsettling," Benson said in an interview conducted by private messages.

A spokesman for the Kansas-based AMC Entertainment Holdings Inc., which operates AMC Theatres, did not immediately return an email seeking comment.

Photos posted on social media showed officers and a police dog outside a theater where "Joker" was being shown in Orlando, Florida, and a police SUV was parked on the sidewalk outside a cinema in suburban Birmingham, Alabama, during a screening.

In Bristol, Tennessee, the owner of the Twin City Drive-In Theater, Danny Warden, posted a warning on Facebook that anyone wearing a costume or mask to see "Joker" wouldn't be allowed in, and anyone who smuggled in an outfit would be asked to leave.

Warden told WJHL-TV that the decision was "common sense" after the film sparked concerns about its violent content.