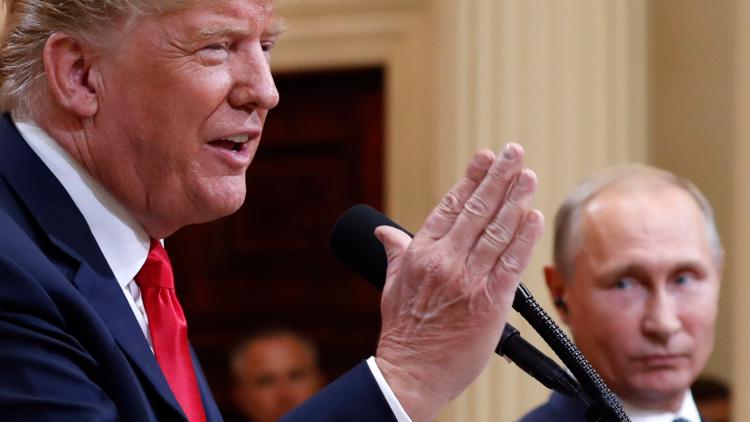 2016 again? Russia back to stirring chaos in U.S. election

WASHINGTON — Intelligence officials have warned lawmakers that Russia is interfering in the 2020 election campaign to help President Donald Trump get reelected.

That's according to two officials familiar with the closed-door briefing.

The disclosure raises questions about the integrity of the presidential campaign and whether Trump's administration is taking the proper steps to combat the kind of interference that the U.S. saw in 2016.

Intelligence experts say Russia is not only hoping to help President Donald Trump, as in 2016, but also to help the candidacy of Sen. Bernie Sanders in the Democratic race. The intelligence experts say the Russians have a deeper motive than just reelecting Trump. They want to undermine public confidence in the integrity of the U.S. elections and stir general chaos in American politics.

The warning was first reported by The New York Times and The Washington Post. The Times said it infuriated Trump, who complained that Democrats would use the information against him.

Sanders acknowledged Friday that he was briefed last month.

The New York Times reported that a day after the briefing, Trump rebuked acting Director of National Intelligence Joseph Maguire for allowing his staff to appear before the committee. It quoted five people familiar with the matter.

Trump then announced on Wednesday that Richard Grenell, a strong Trump loyalist who has served as ambassador to Germany since 2018, would replace Maguire.

RELATED: Lawyer: Assange was offered US pardon if he cleared Russia