A 16-year-old is speaking out about the dangers of vaping after a respiratory illness nearly cost him his life. 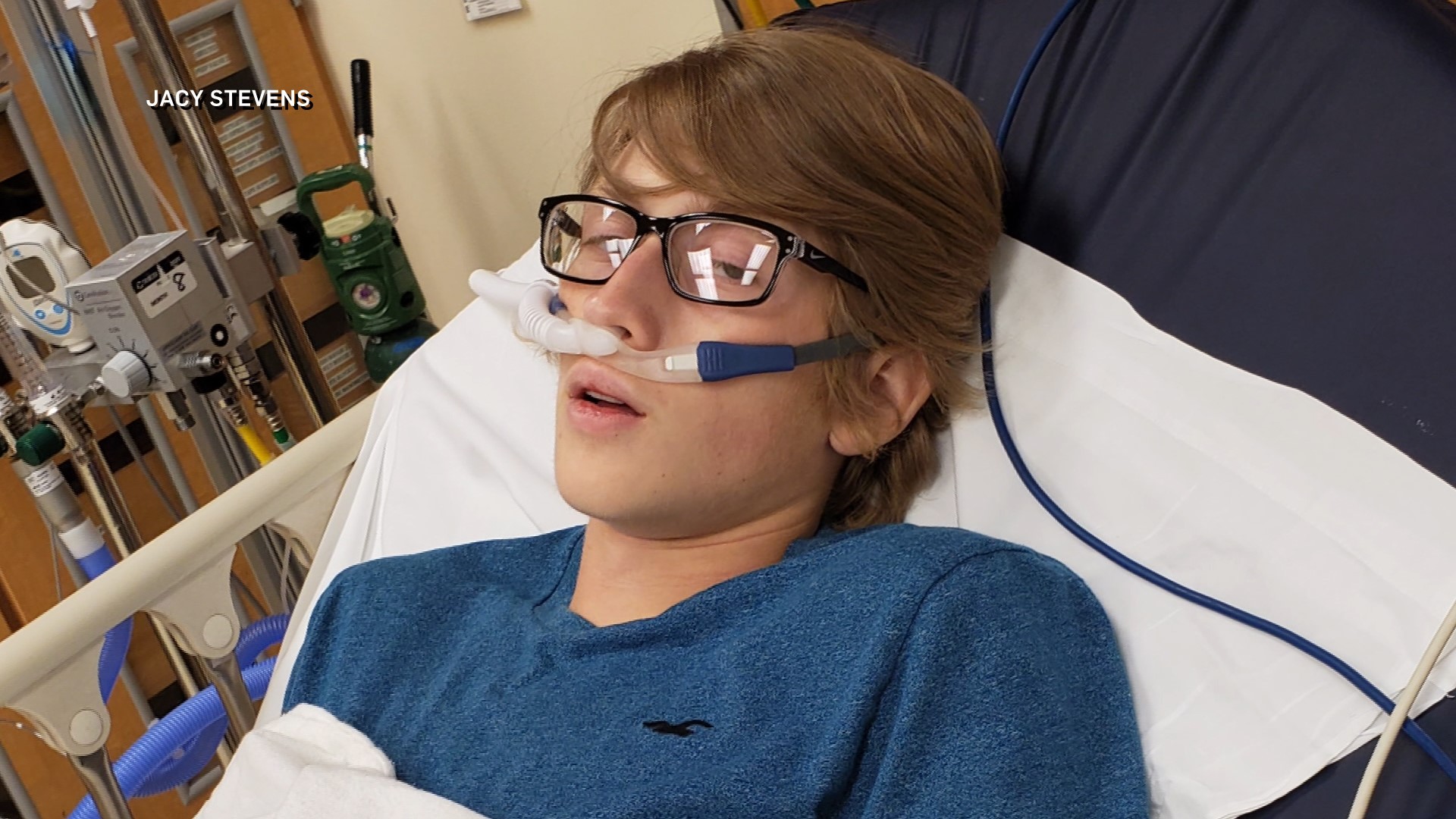 BEDFORD, Ind. — An Indiana teen on the verge of death wants others to know about the dangers of vaping.

"I had it on me like every second of the day," described 16-year-old Cooper Stevens of Bedford.

Stevens never thought he would become addicted to e-cigarettes. He said he just liked smoking the JUUL minty flavor.

His habit began last summer. He said other teens at his school started doing it and his interest grew.

"I think the main thing was the smoke that came out of them and people would do tricks with them. There's nicotine in them, you get hooked and then you don't want to stop," said Stevens.

But three weeks ago, he was forced to stop.

His mother took him to see a doctor after he began suffering from headaches, bodyaches and a low-grade fever.

"He saw me two days later for a follow-up, because he wasn’t getting better and at that point, he was having a little inspiratory pain in the mid-sternal region when he was taking a big deep breath. He started vomiting and was really dehydrated," said Jamie Bohnke, a pediatric physician at Riley Hospital for Children at IU Health.

Bohnke did a chest x-ray and said it appeared Stevens had a viral illness. She said there were no signs of pneumonia, so Stevens was given medication and sent home.

RELATED: Juul warned by FDA over claims its e-cigarette is safer than smoking

Bohnke said Stevens' mom called her the next morning because his chest pain had gotten worse. Bohnke advised her to take him to the emergency room.

"By the time she had gotten him to Riley, he was in respiratory distress. His oxygen was at 60 percent. He couldn't breathe. At one point he looked at his mom and he asked, 'Mom am I going to die?'" said Bohnke.

"I felt like my body was shutting down, really," said Stevens.

The teen spent two weeks in a hospital and nine days on a ventilator.

Stevens, who is also a nurse, couldn't fathom losing her son.

"How you could go from being perfectly healthy to near death and multi-organ system failure and have the doctors look at you and say, ‘Be prepared your child may not recover'?" Jacy Stevens said. "That was terrifying."

"There was talk about whether he would have a normal life if he was able to pull through, whether he would end up with a trach or be on home oxygen for the rest of his life. (Doctors) really had not experienced this type of pneumonitis they were seeing, and hearing about other kids who were sick with this in Wisconsin. This is new territory for all of us, medically," said Bohnke.

Cooper is out of the hospital and regaining his strength. He said his mission is to educate people about the dangers of vaping.

"I just to go forward from here and try to help people to not vape, like my friends," said Stevens.