Rittenhouse attended the hearing via Zoom and did not speak, other than to say, “Good morning your honor” to the judge.

A 17-year-old in Illinois accused of killing two protesters days after Jacob Blake was shot by police in Kenosha, Wisconsin, on Friday fought his return to Wisconsin to face homicide charges that could put him in prison for life.

Kyle Rittenhouse was arrested at his home in Antioch, Illinois, a day after prosecutors say he shot and killed two protesters and wounded a third on the streets of Kenosha on Aug. 25. His attorneys have said Rittenhouse acted in self-defense and have portrayed him as a courageous patriot who was exercising his right to bear arms during unrest over the police shooting of Blake, who is Black.

Rittenhouse attorney John Pierce said during a hearing Friday that he intends to fight extradition. Judge Paul Novak gave 14 days for the defense to review papers and file pleadings ahead of an Oct. 9 hearing.

Pierce asked for a month to prepare arguments challenging extradition that he said involve "issues of some complexity, frankly that have not arisen in the country for some time.”

“We intend to challenge extradition by writ of habeas corpus,” Pierce said.

He didn’t provide further details at the hearing about the basis for the challenge. Novak granted two weeks to prepare those arguments and scheduled another hearing for Oct. 9. The delay in returning Rittenhouse to Wisconsin is the second in the case.

Rittenhouse attended the hearing via Zoom and did not speak, other than to say, “Good morning your honor” to the judge. He wore a blue face mask and a black sweatshirt.

RELATED: Kenosha shooter's defense portrays him as 'American patriot' ahead of court hearing

If convicted of first-degree homicide, Rittenhouse faces a mandatory life in prison sentence.

To some, Rittenhouse is a domestic terrorist whose very presence with a rifle incited the protesters in Kenosha. To others — who have become frustrated with demonstrations and unrest across the country — he’s seen as a hero who took up arms to protect businesses, including some that were damaged during unrest the previous two nights.

According to prosecutors and court documents, Rittenhouse shot and killed 36-year-old Joseph Rosenbaum, of Kenosha, after Rosenbaum threw a plastic bag at Rittenhouse, missing him, and tried to wrestle his rifle away.

While trying to get away in the immediate aftermath, Rittenhouse was captured on cellphone video saying “I just killed somebody.” According to the complaint filed by prosecutors, someone in the crowd said, “Beat him up!” and another yelled, “Get him! Get that dude!”

Video shows Rittenhouse tripped in the street. As he was on the ground, 26-year-old Anthony Huber, of Silver Lake, hit him with a skateboard and tried to take his rifle away. Rittenhouse opened fire, killing Huber and wounding Gaige Grosskreutz, of West Allis, who was holding a handgun.

The killings happened two days after a white Kenosha police officer shot Blake seven times in the back, leaving him paralyzed from the waist down and sparking outrage after video of the shooting was posted online. A Wisconsin Department of Justice investigation into that shooting is ongoing. The three responding officers are on administrative leave.

Pierce has described Rittenhouse not as a vigilante, but as a model citizen who was cleaning graffiti from a vandalized high school before he received word from a business owner seeking help to protect what was left of his property after rioters burned two of his other buildings.

Pierce and Wood did not respond to messages ahead of Friday's hearing.

Huber’s partner and others filed a federal lawsuit against Facebook this week, saying it refused to remove a militia group’s call to arms to protect businesses in Kenosha before the Rittenhouse shootings. The lawsuit, which also names Rittenhouse as a defendant, said he may not have traveled the roughly 15 miles (24 kilometers) from his home to Kenosha had it not been for that Facebook post, though the company said it had evidence to suggest that he followed the militia group's page or was invited to the event posting. 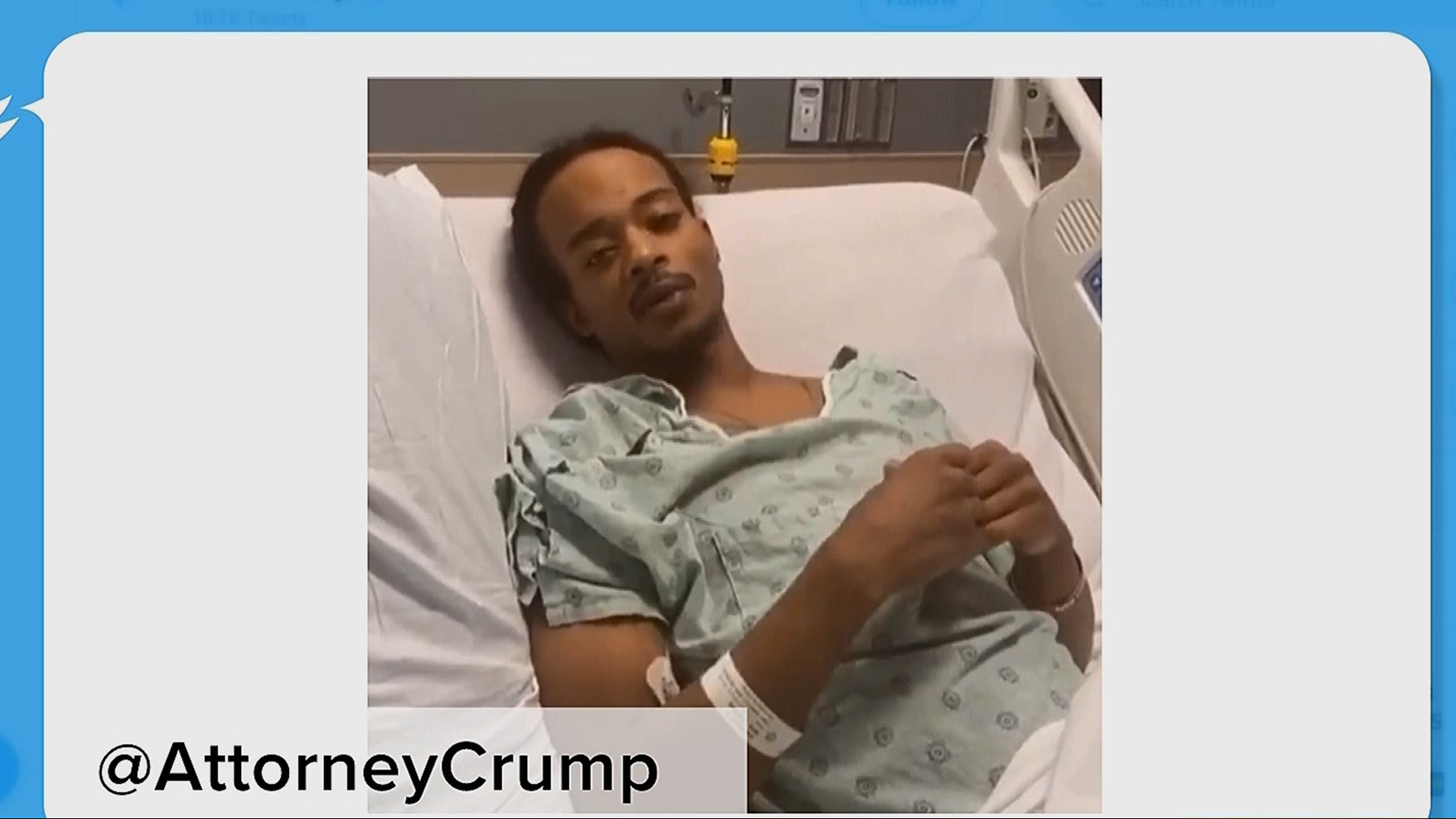