'I don't like the phone because my [parents] are on their phone every day ... I hate my mom's phone and I wish she never had one,' one student wrote. 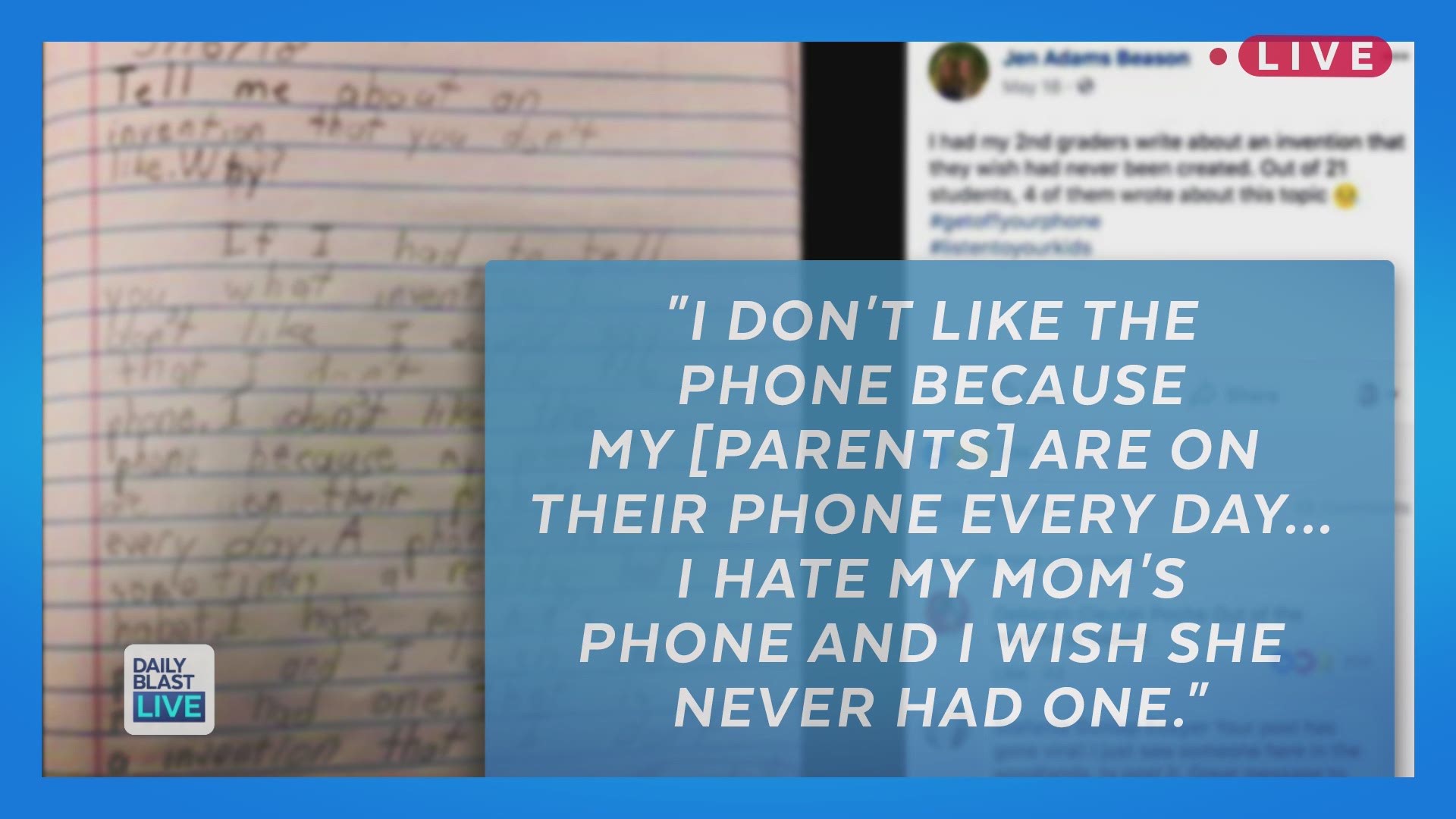 Second graders at a Louisiana school wish their parents would get off their phones.

Elementary school teacher Jen Beason said four of her students told her they wished phones were never invented after giving the class a writing prompt.

"I don't like the phone because my [parents] are on their phone every day ... I hate my mom's phone and I wish she never had one," one student wrote in a photo posted to Beason's Facebook page that has since been turned to private.

The post was shared more than 261,000 times — parents expressed guilt, and fellow teachers echoed similar conversations they've had in their classrooms.

"We had a class discussion about Facebook and every single one of the students said their parents spend more time on FB then they do talking to their child. It was very eye opening for me," Abbey Fauntleroy commented.

Credit: Facebook
A Louisiana teacher asked her 2nd graders to complete an assignment telling her what piece of technology they wish wasn&#39;t invented. She said 4 of them said phones. &nbsp;

Phone addiction isn't a new topic, but most conversation is pointed at teen or young adult use as opposed to how parents are modeling the behavior in front of their children. A study published last May in Child Development suggested “technology-based interruptions in parent–child interactions” is linked to restlessness and anger outbursts in young children.

Not sure how to limit use? Experts suggest designating "no phone zones" in your home where you turn your phone on Do Not Disturb. Note: There is way to select Allow Calls From certain contacts, if you are worried about being reached by a family member or boss in an emergency.