He lost his father, then his mother, then their home. This week he graduated high school

Kaustov Chakrabarti is one of several teens helped through high school by a group called Stand Up For Kids. 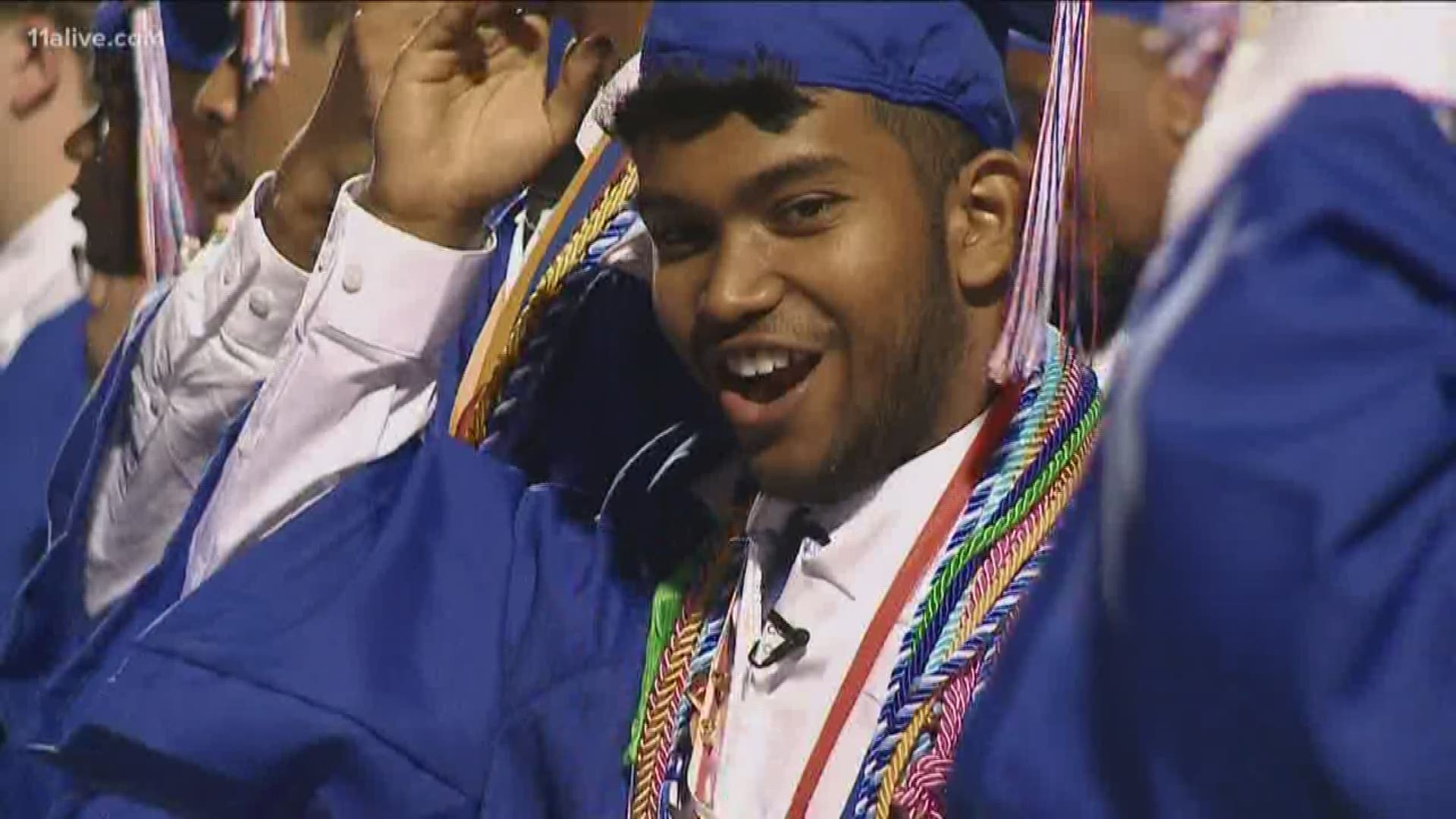 For Kaustov Chakrabarti, it was the end of a journey he wasn’t sure he’d complete.

“At one point I was actually thinking about dropping out of high school,” he told 11Alive’s Matt Pearl.

“It was one of the most devastating moments of my life,” Kaustov recalls. “I didn’t know what I was going to do. I was in depression, and I didn’t have anyone to talk to.”

At one point, because he could no longer live in his parents’ apartment, Kaustov became technically homeless. He couch-surfed with friends until he found a permanent home with his aunt and uncle.

“It was just a dark moment,” he said. “When you’ve lost everything and you don’t have anything … it’s pretty hard to talk about.”

At that moment, Kaustov says he strongly considered dropping out of school. But he didn’t. He stayed at Parkview, woke up at 3 a.m. every morning for two months to study, and picked up his grades.

Then he applied for a mentor.

Kaustov went through a group called Stand Up For Kids, which helps keep homeless teens in their original school. It’s in nine schools across Metro Atlanta: seven in Fulton County, one in Hall County, and Parkview in Gwinnett County.

“It’s for kids who have lost parents or are homeless,” she said about Stand Up For Kids, “and I thought, ‘Parkview … how does Parkview have homeless kids?’”

Deanna learned Kaustov’s story. Then she shared hers.

“My mother died when I was 19,” she recalled. “I was in nursing school when she died of cancer. My classmates didn’t know how to talk to me about it – and I’m sure he experienced the same thing – they don’t know what to say. And it was really hard on me. I felt alone, and I’m sure he did too.”

Credit: WXIA
Deanna and Kaustov found an unlikely bond when she became his mentor.

Through their shared adversity, they connected. And Deanna kept showing up through his junior year, senior year, and finally his graduation. In a sea of 649, Kaustov crossed the stage with steps he more than earned. This fall he’ll attend the University of Georgia, where he plans to study to become a neurosurgeon.

But for now, he’s celebrating – and thanking an unlikely friend.

“She gave me meaning in my life,” Kaustov says. “I just want her to know that I will be successful, and she’s the reason behind it.”

Matt Pearl’s Untold Atlanta series tells the stories we don’t hear often enough: the stories of our communities and the people who make them special. If you know of a great untold story to share, follow Matt on Facebook or e-mail him at mpearl@11alive.com.

In a community only known for shootings, this man chose to give the kids more