Dwight and Steven Hammond were convicted in 2012 of intentionally and maliciously setting fires on public lands. 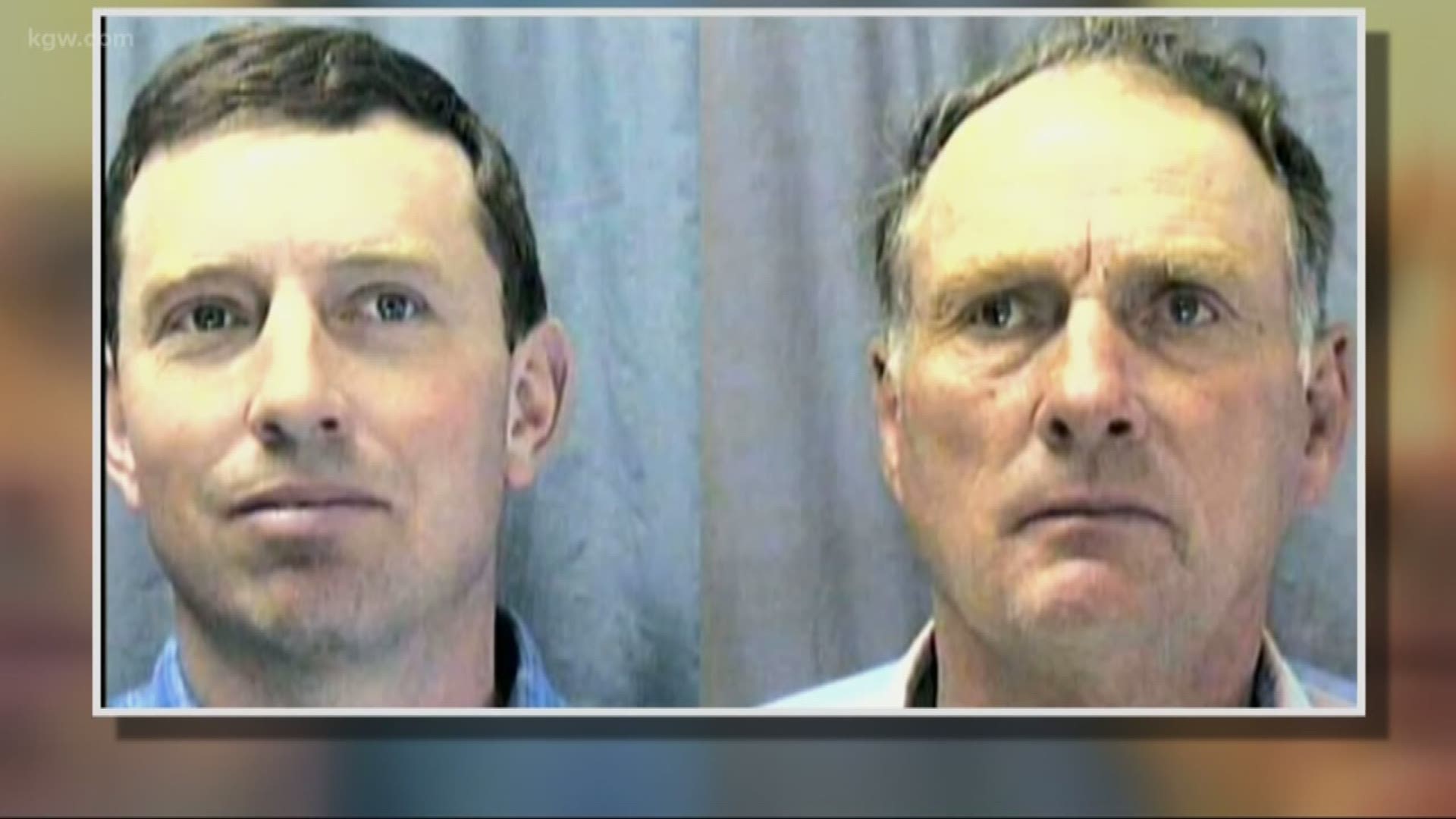 Dwight and Steven Hammond were convicted in 2012 after a jury found them guilty of intentionally and maliciously setting fires on public lands.

The arson crime carried a minimum prison sentence of five years, but a sympathetic federal judge, on his last day before retirement, decided the penalty was too stiff and gave the father and son much lighter prison terms.

Prosecutors won an appeal and the Hammonds were re-sentenced to serve the mandatory minimum.

"The Hammonds were serial arsonists who stole from US taxpayers for years," former federal prosecutor Dwight Holton told KGW when he heard the news. "They resisted all efforts to get them to knock off their pillaging of public lands, and were ultimately found guilty of serious felonies. That and that alone finally put a stop to their crimes.

"The President's use of the pardon power as a political tool is dangerous in the extreme," Holton continued. "It's the kind of thing tin-pot dictators do, not American presidents. It's a bad day for Justice."

A statement from the Hammond family thanked the community for the support, and said they hoped the pardon would signal the need for a more measured and just approach by federal agents, officers and prosecutors.

Statement from Hammond Family by KGW News on Scribd

The Hammonds were released from jail Tuesday afternoon.

Prosecutors alleged in the indictment at the time that the Hammond family set fire to the rangeland after complaining the BLM was taking too long to complete required environmental studies before conducting controlled burn operations.

"The Hammonds also have ignited uncontrolled fires under cover of naturally occurring dry lightning storms which occur on the western slopes of the Steens Mountain in late summers," Holton wrote in an indictment at the time. "For more than twenty years, Hammond family members have been responsible for multiple fires in the Steens Mountain area."

The jury heard from three witnesses who were hunting in 2001 when they saw the Hammonds shoot over their heads to illegally slaughter a herd of deer, according to court documents. A short time later, the hunters testified, they had to abandon their camp because of a fire burning in the area.

The second arson in 2006 came as firefighting crews were battling lightning-started wildfires on BLM land. A burn ban and red flag warning was in effect in the area at the time.

"Despite the burn ban, and knowing that firefighters were in the area, Steven Hammond set fires at night without notifying anyone," Acting United States Attorney Billy J. Williams wrote in response to critics of the sentencing. "He did so to save his winter feed. After seeing the fires, the firefighters moved to a safer location."

When confronted by a firefighter the following day, Hammond admitted to starting the fire, Williams wrote.

Williams argued the Hammonds' sentences follow the law and are not excessive, considering the danger in which the Hammonds' actions placed the hunters and the firefighters.

Watch: The Bundy press conference at Malheur defending the Hammonds

The decision sparked a protest from Ammon Bundy and dozens of others, who occupied the Malheur National Wildlife Refuge near the Hammond ranch in southeastern Oregon from Jan. 2 to Feb. 11, 2016.

The armed occupiers changed the refuge’s name to the Harney County Resource Center, reflecting their belief that the federal government has only a very limited right to own property within a state’s borders.

“The Hammonds are devoted family men, respected contributors to their local community, and have widespread support from their neighbors, local law enforcement, and farmers and ranchers across the West,” she said. “Justice is overdue for Dwight and Steven Hammond, both of whom are entirely deserving of these Grants of Executive Clemency.”

The Center for Western Priorities, a conservation group, issued this statement.

“Pardoning the Hammonds sends a dangerous message to America’s park rangers, wildland firefighters, law enforcement officers, and public lands managers. President Trump, at the urging of Interior Secretary Ryan Zinke, has once again sided with lawless extremists who believe that public land does not belong to all Americans.”

The Oregon Farm Bureau said in a statement "while nobody can restore what they’ve lost to this prosecutorial overreach and bureaucratic vendetta, we are happy that this awful chapter will be coming to a close soon."

The pardons are the latest in a growing list of clemency actions by Trump, who has been using his pardon power with increasingly frequency in recent months.

Trump has been especially pleased with news coverage of his actions, which included commuting the sentence of Alice Johnson, a woman serving a life sentence for drug offenses whose case had been championed by reality television star Kim Kardashian West.

He has repeatedly referenced emotional video of Johnson being freed from prison and running into her family members’ arms, and has said he’s considering thousands more cases — both famous and not.

But critics say the president could be ignoring valid claims for clemency as he works outside the typical pardon process, focusing on cases brought to his attention by friends, famous people and conservative media pundits.