The Great Pacific Garbage Patch is an area of floating plastic trash between California and Hawaii that's twice the size of Texas. 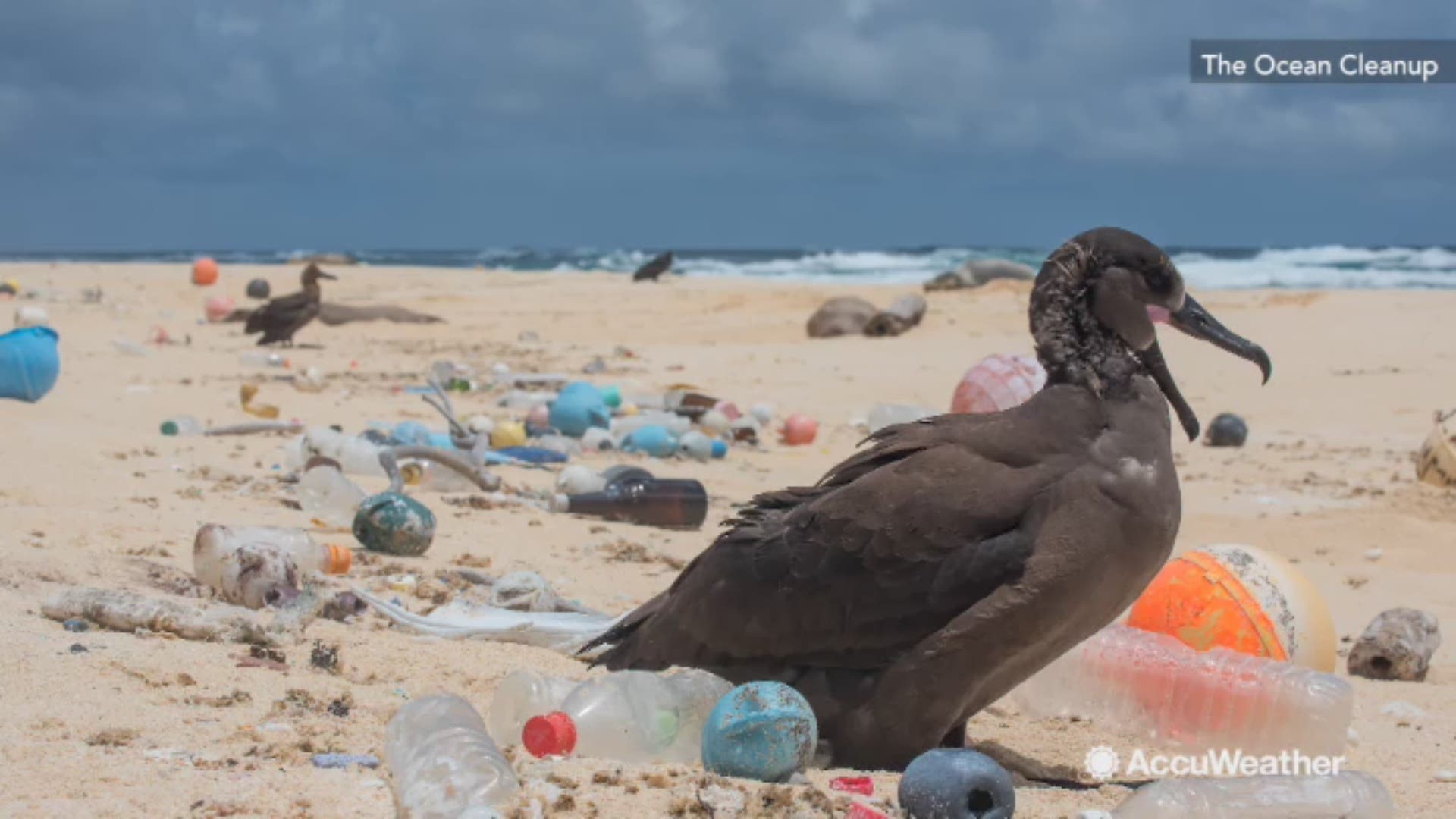 THE HAGUE, Netherlands — Editor's note: The video above is from April 2018, before the effort to clean up the patch began

After a series of setbacks, a system for catching plastic floating in the Pacific between California and Hawaii is now working, its Dutch inventor said Wednesday.

Boyan Slat, a university dropout who founded The Ocean Cleanup nonprofit, announced that the floating boom is skimming up waste ranging in size from a discarded net and a car wheel complete with tire to chips of plastic measuring just 1 millimeter.

The results are promising enough to begin designing a second system to send to the Great Pacific Garbage Patch, an area of floating plastic trash twice the size of Texas, Slat said.

But he sounded a note of caution, saying “if the journey to this point taught us anything it is that it's definitely not going to be easy.”

The floating boom with a tapered 10-foot-deep (3-meter-deep) screen is intended to act like a coastline, trapping some of the 1.8 trillion pieces of plastic that scientists estimate are swirling in the patch while allowing marine life to safely swim beneath it.

After it was towed out to sea last year, the barrier did not catch any trash in its first weeks of operation because it was moving at the same speed as the plastic. That problem was overcome by using an underwater parachute anchor to slow the boom so it catches quicker moving trash.

Also, late last year, the barrier broke under the constant pummeling by wind and waves in the Pacific, requiring four months of repairs before being relaunched from Vancouver in June.

RELATED: Climate anxiety: Many young people wonder if they have a future

The system also experienced a problem with “overtopping” _ waves that pushed the plastic over the line of floating corks that hold the screen. That was solved by using a line of larger corks to corral the plastic.

The organization wants to continue developing the plastic traps, scale them up and deploy more to the Pacific so they can gather thousands of tons of plastic each year. However, Slat did not say when the second version would be ready for launch.

Slat’s organization is one of a handful of groups working to collect trash from the open oceans.

There is more than enough to keep them busy.

It is estimated that between 600,000 and 800,000 metric tons of fishing gear is abandoned or lost during storms each year in the oceans, according to the Trash Free Seas Program at Ocean Conservancy, a nonprofit environmental advocacy group.

Another 9 million tons (8 million metric tons) of plastic waste, including plastic bottles, bags, toys and other items, flow annually into the ocean from beaches, rivers and creeks, according to experts.

Slat said the next move is to scale up the device and make it stronger, so it can stay at sea for longer and hold onto all the plastic it collects for a year or more before a ship collects the trash.

Summarizing, he said: “There's a lot of work still ahead of us."