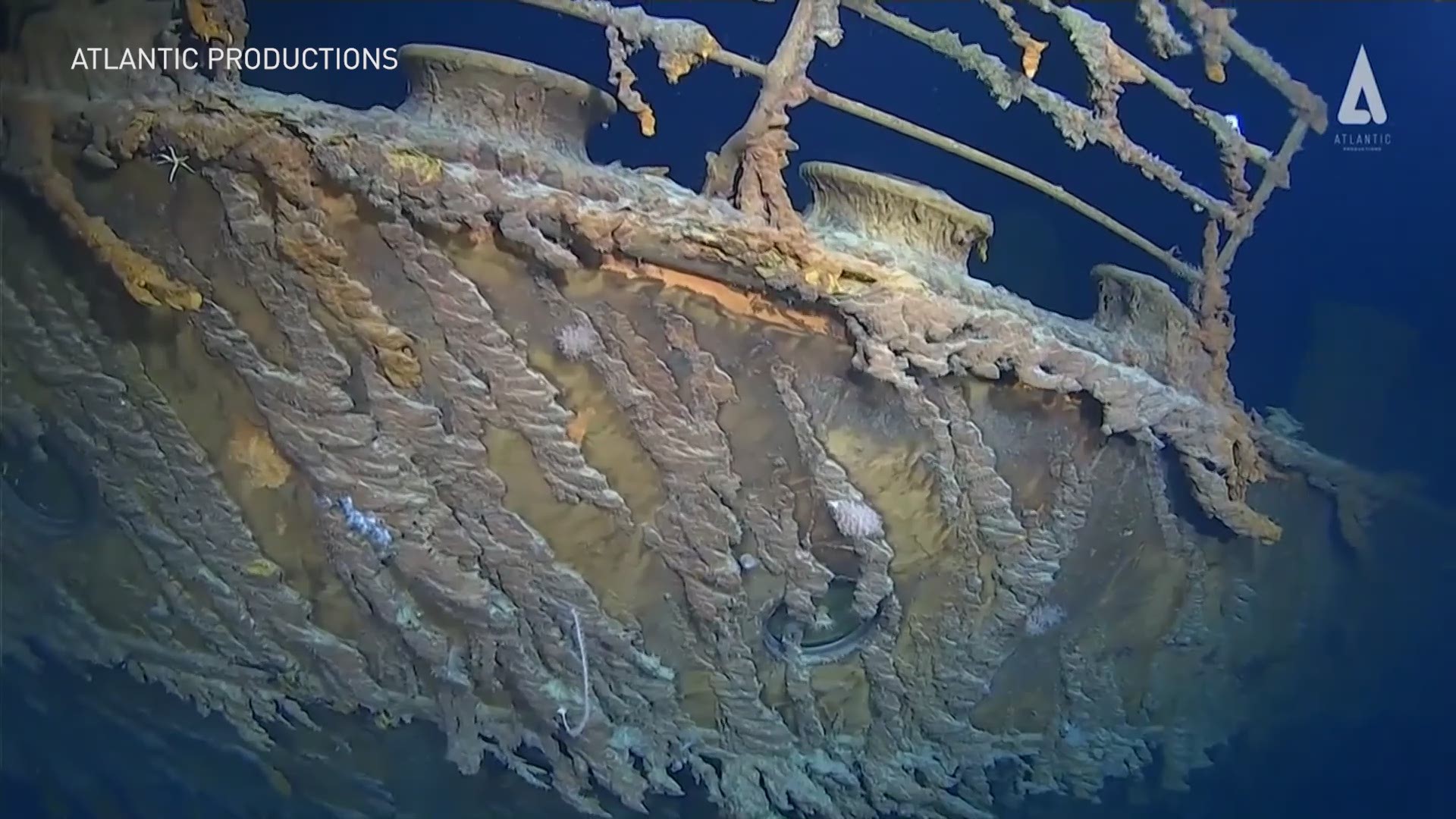 NORFOLK, Va. — The salvage firm that's plucked silverware and china from the wreckage of the Titanic now wants to recover the Marconi Wireless Telegraph Machine.

The device had transmitted the doomed ship's increasingly frantic distress calls. Lawyers for the company,  R.M.S. Titanic, Inc., called witnesses before a federal judge on Thursday to explain why the company should be allowed to possibly cut into the rapidly deteriorating ship to recover the device before it's irretrievable.

Nearly 108 years ago, the RMS Titanic hit an iceberg and sank, killing over 1500 people. Today, the ship sits deep in the Atlantic Ocean, about 400 miles off the coast of Newfoundland, exactly where it sank years ago.

Over the years, there have been many relics recovered from the wreckage ranging from passenger’s personal items such as clothing and jewelry to the ship’s components and machinery.

RMS Titanic, Inc. has already recovered over 5,500 artifacts from the wreckage. The company claims the artifacts are largely used for educational purposes.

The firm said that bacteria consumed the walls of the Silent Room where the Marconi wireless system still sits inside what remains of the vessel. Although its conditions are rapidly deteriorating, the wireless system may still intact.

Credit: AP
FILE - In this April 10, 1912 file photo the Titanic leaves Southampton, England on her maiden voyage. The salvage firm that has plucked artifacts from the sunken Titanic cruise ship over the decades is seeking a judge's permission to rescue more items from the rapidly deteriorating wreck. (AP Photo/File)

"Titanic's wireless telegraph apparatus, the Marconi, played a crucial role in saving the 706 survivors," the firm said in a press release. "After Titanic left for its journey across the Atlantic, the wireless transmitter served as the only link between Titanic and the outside world, and later served as its champion when it reached its rescuer, the SS Carpathia."

Witnesses said the machine is iconic and would connect people to the ship's legacy and its passengers.

A federal judge overseeing the matter said that it was too early for her to make a decision on the company's proposal.

RELATED: The man who found the Titanic wants to find Amelia Earhart's plane