Andrew McCabe was expected to resign in March when he was eligible for retirement and full benefits. 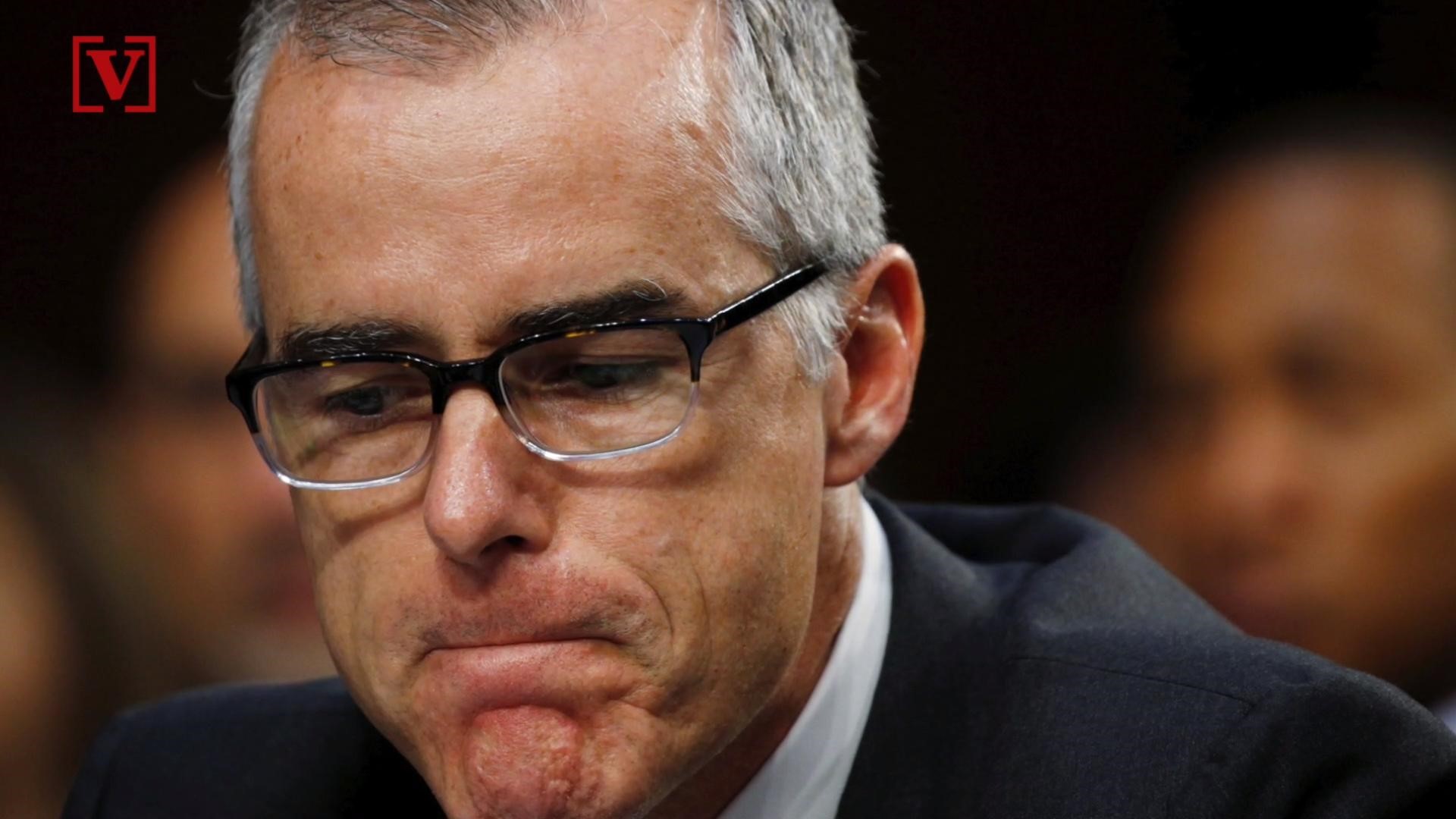 FBI Deputy Director Andrew McCabe, who has been a target of unrelenting criticism from President Trump and some Republican lawmakers, abruptly announced his resignation Monday, according to two government officials who were not authorized to comment publicly on personnel matters.

McCabe was expected to resign in March when he was eligible for retirement. But the bureau's second-in-command submitted his resignation more than a month early, one official said, adding that his accumulated leave time would allow him to qualify for full retirement benefits.

The career agent, who rose through the counter-terrorism and national security ranks, served as the agency's acting director this summer after Trump fired former director James Comey in May.

Trump has blamed McCabe for influencing the decision not to criminally charge his former election opponent Hillary Clinton over her use of a private email server when she was secretary of State. In response to accusations that McCabe exerted undue or partisan influence over the probe, the FBI has maintained McCabe had no personal conflicts, as he did not oversee that inquiry while his wife Jill McCabe was running for state office in Virginia as a Democrat.

The president's fixation on McCabe's personal political leanings were apparent soon after he was named acting FBI director when Trump pointedly asked McCabe in his initial interview at the White House who he voted for in the 2016 election. McCabe, according to an official with knowledge of the matter who was not authorized to comment publicly, told Trump that he did not vote.

Trump's repeated public references to McCabe, in tweets and public statements subsequently, helped feed suspicion among an ultra-conservative wing of House Republicans that the FBI was biased against the Trump administration.

Yet Trump's unusual questions about McCabe's political leanings and personal attacks also form another potential datapoint in the ongoing investigation into whether the president tried to obstruct justice in the federal probe into Russia's election interference and possible collusion with Trump associates.

Trump fired Comey for his handling of the Russia probe, and the ex-FBI chief testified that the president pressed him to drop part of the investigation into former national security adviser Michael Flynn.

As the president is expected to testify for special counsel Robert Mueller's investigation in the coming weeks, the tensions between Republicans and law enforcement continue. Members of the House Intelligence Committee are threatening to make public a classified memo outlining alleged FBI and Justice Department abuses of surveillance authority. Justice and FBI officials have rejected such assertions and have warned the committee that release of the material would be "reckless."

McCabe's resignation is virtually certain to be welcomed at the White House, as Trump has said McCabe is "racing the clock to retire with full benefits," though White House Press Secretary Sarah Sanders said the president was not involved in McCabe's departure.

As recently as last month, Trump seized on McCabe's role in the Clinton inquiry and his wife's political bid, noting that Jill McCabe received nearly $470,000 from a political action committee associated with Clinton ally and Virginia Gov. Terry McAuliffe.

"How can FBI Deputy Director Andrew McCabe, the man in charge, along with leakin’ James Comey, of the Phony Hillary Clinton investigation (including her 33,000 illegally deleted emails) be given $700,000 for wife’s campaign by Clinton Puppets during investigation?" Trump tweeted in December.

Yet the FBI has released documents showing McCabe's role in the Clinton case began in February 2016, following his appointment as deputy director and three months after his wife lost her bid for a state Senate seat.

Despite pressure from the Whie House, McCabe has held the support of the bureau's leadership, including the new FBI Director. Christopher Wray, who succeeded Comey, has kept McCabe in place for the first five months of his tenure.

Since joining the bureau in 1996, McCabe has served Republican and Democratic administrations at the bureau's highest levels.

"FBI Deputy Director Andrew McCabe is, and has been, a dedicated public servant who has served this country well," said former Attorney General Eric Holder, who served as former President Obama's first attorney general. "Bogus attacks on the FBI and DOJ to distract attention from a legitimate criminal inquiry does long term, unnecessary damage to these foundations of our government."