He also released the a new music video for the song "Darkness" that depicts a shooting at a concert similar to the 2017 Las Vegas mass shooting. 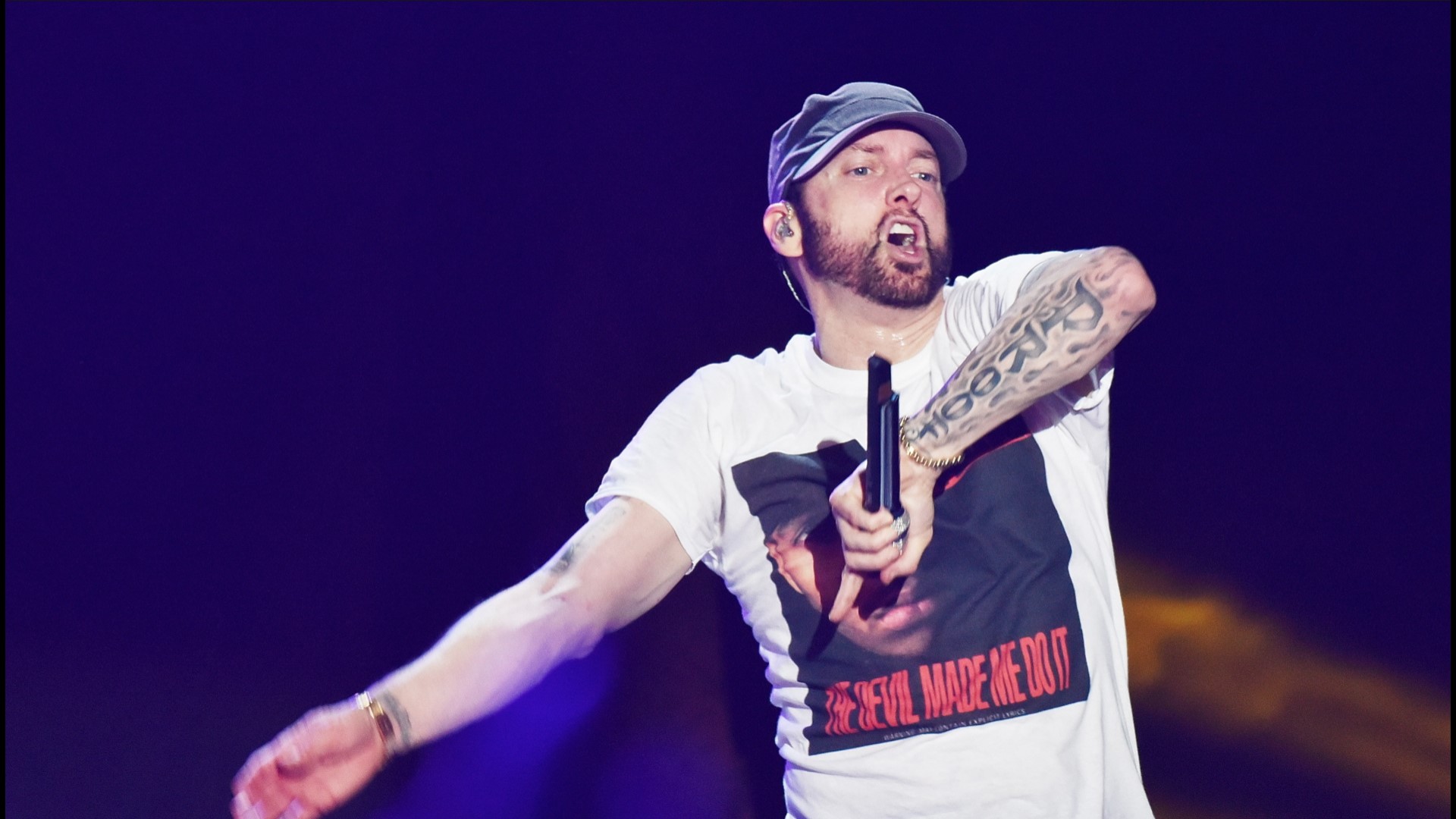 Rapper Eminem has once again dropped a surprise album.

He's released “Music to Be Murdered By,” announcing it on Twitter just after midnight on Friday.

Eminem has also released a new music video, "Darkness," that depicts a shooting at a concert similar to the 2017 Las Vegas mass shooting and includes footage of news broadcasts from recent mass shootings around the U.S.

The video ends with an appeal to register to vote to help change gun laws.

A version of the cover art is an homage to Alfred Hitchcock, who released an album of the same name in 1958.

The album features a collaboration with Juice WRLD, the 21-year-old rapper who died in December.

RELATED: Spotify announces most-streamed artists, songs of 2019 and the decade