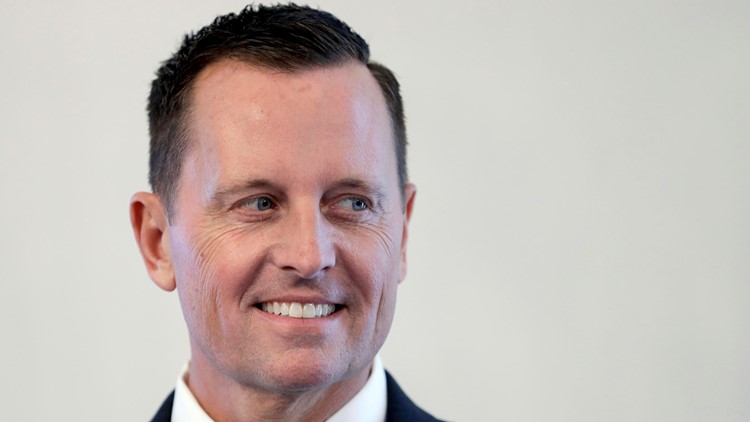 Photo by: AP
FILE -- In this Tuesday, May 8, 2018 the U.S. Embassador in Germany, Richard Allen Grenell during his akkreditation by German President Frank-Walter Steinmeier at the Bellevue palace in Berlin, Germany. (AP Photo/Michael Sohn, file)

WASHINGTON — President Donald Trump announced on Twitter that Richard Grenell, the U.S. ambassador to Germany, is now the acting director of national intelligence.

Grenell, a loyal and outspoken Trump supporter, has been U.S. ambassador to Germany since 2018. He previously served as U.S. spokesman at the United Nations in the George W. Bush administration, including under then-Ambassador John Bolton.

President Donald Trump has made an unconventional pick to oversee the intelligence agencies he dismisses as the “deep state.”

Most of his prior experience has been in politics and media affairs. He lacks the extensive intelligence background of the outgoing director and previous directors. He's expected to hold the job for less than a year and to remain an ambassador, which is also unusual. The White House says he's committed to a nonpartisan approach to the job.

The move puts a staunch Trump ally in charge of the nation's 17 spy agencies, which the president has only tepidly embraced. The appointment is already being criticized by those who say the job should be held by someone with deep intelligence experience.