Starting this fall, the White Castle burger chain will test a robot arm that can cook french fries and other foods. 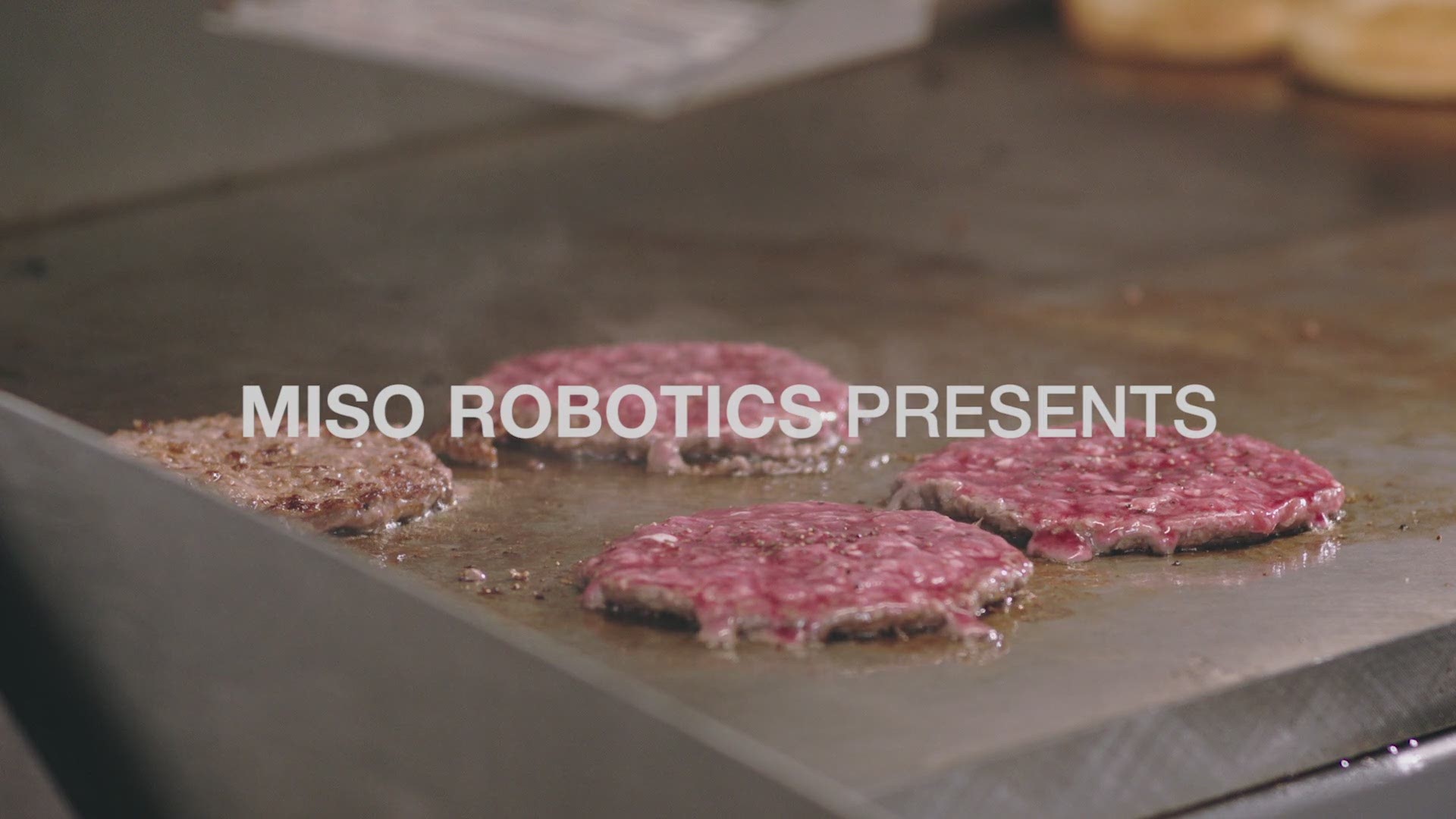 HAYWARD, Calif — Robots that can cook - from flipping burgers to baking bread - are in growing demand as virus-wary kitchens try to put some distance between workers and customers.

Starting this fall, the White Castle burger chain will test a robot arm that can cook french fries and other foods. The robot, dubbed Flippy, is made by Pasadena, California-based Miso Robotics.

White Castle and Miso have been discussing a partnership for about a year. Those talks accelerated when COVID-19 struck, said White Castle Vice President Jamie Richardson.

Richardson said the robot can free up employees for other tasks like disinfecting tables or handling the rising number of delivery orders. A touch-free environment that minimizes contact is also increasingly important to customers, he said.

“The world’s just reshaped in terms of thoughts around food safety,” Richardson said.

Flippy currently costs $30,000, with a $1,500 monthly service fee. By the middle of next year, Miso hopes to offer the robot for free but charge a higher monthly fee.

Robot food service was a trend even before the coronavirus pandemic, as hospitals, campus cafeterias and others tried to meet demand for fresh, customized options 24 hours a day while keeping labor costs in check. Robot chefs appeared at places like Creator, a burger restaurant in San Francisco, and Dal.komm Coffee outlets in South Korea.

Now, some say, robots may shift from being a novelty to a necessity. The U.S. Centers for Disease Control says the risk of getting COVID-19 from handling or consuming food outside the home is low. Still, there have been numerous outbreaks among restaurant employees and patrons.

“I expect in the next two years you will see pretty significant robotic adoption in the food space because of COVID,” said Vipin Jain, the co-founder and CEO of Blendid, a Silicon Valley startup.

Blendid sells a robot kiosk that makes a variety of fresh smoothies. Customers can order from a smartphone app and tweak the recipe if they want more kale or less ginger, for example. Once or twice a day, a Blendid employee refills the ingredients. 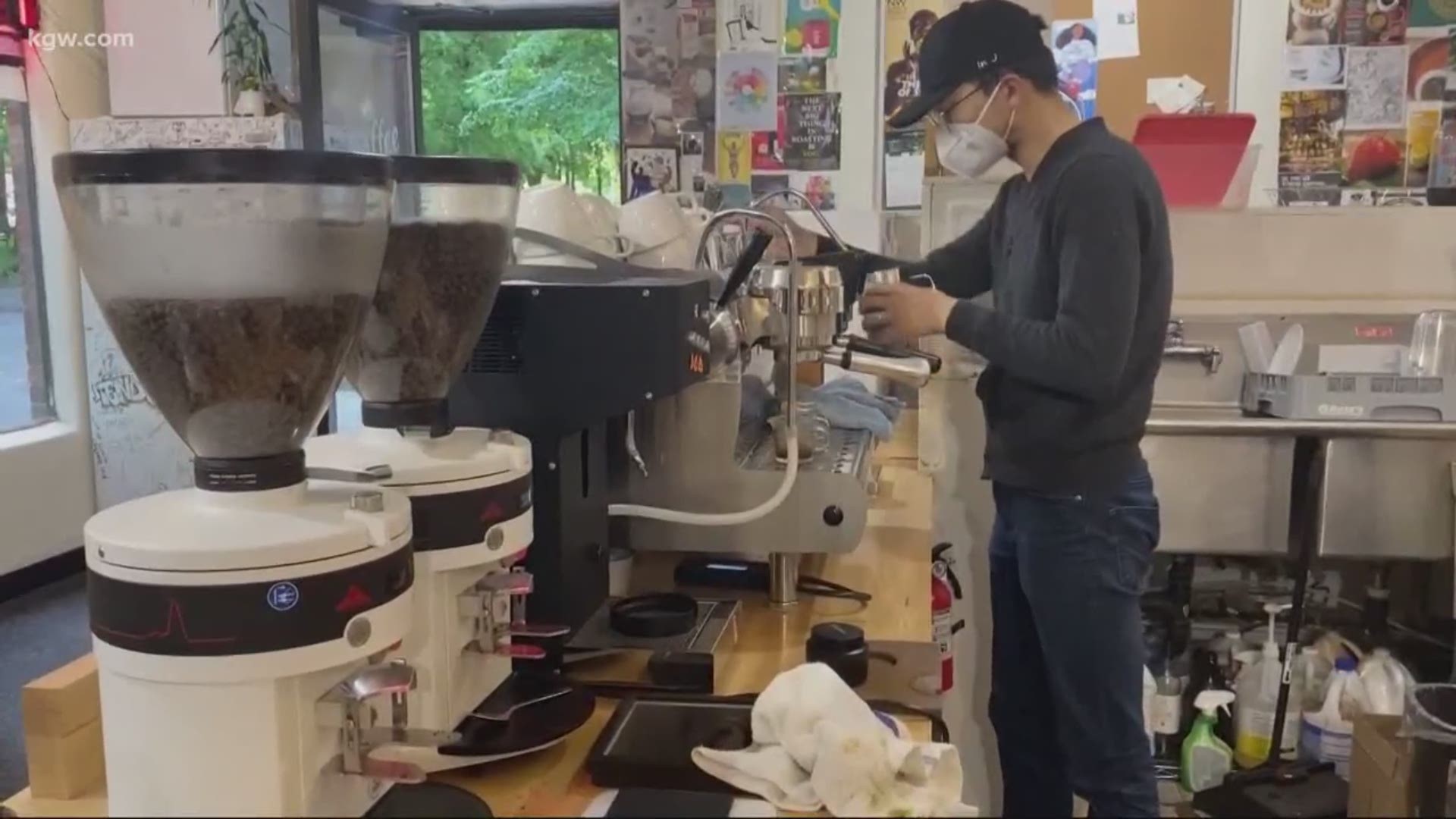 Only a handful are now operating around San Francisco, but since the pandemic began, Blendid has started contract discussions with hospitals, corporations, shopping malls and groceries.

As salad bars shut down, Hayward, California-based Chowbotics started getting more inquiries about Sally, a robot about the size of a refrigerator that makes a variety of salads and bowls. Sally lets customers choose from 22 prepared ingredients stored inside the machine. It can make around 65 bowls a day before kitchen workers need to refill the ingredients.

Prior to this year, Chowbotics had sold around 125 of its $35,000 robots, primarily to hospitals and colleges. But since the coronavirus hit, sales have jumped more than 60%, CEO Rick Wilmer said, with growing interest from grocery stores, senior living communities and even the U.S. Department of Defense.

Wilkinson Baking Co., whose BreadBot mixes, forms and bakes loaves of bread, has also been getting more inquiries. Randall Wilkinson, the CEO of the Walla Walla, Washington-based company, said the BreadBot serves shifting needs. Grocery shoppers no longer want self-serve options like olive bars, but they still want fresh and local food. Seeing how that food is made also gives them more confidence, he said.

Robot cooks haven’t always been successful. Spyce, a Boston restaurant with a robot-run kitchen, closed in November to retool its menu. Zume, a Silicon Valley startup that made pizzas with robots, shut down its pizza business in January. It’s now making face masks and biodegradable takeout containers.

Max Elder, research director of the Food Futures Lab at the Palo Alto, California-based Institute for the Future, is skeptical about the future of food prep robots once the pandemic has eased.

“Food is so personal, and it needs to involve humans,” he said.

Elder is also concerned that focusing on automating food preparation during the pandemic will shift attention from other problems in the food system, like outbreaks among meat industry workers or produce pickers.

“We can’t automate our way out of the pandemic because the pandemic affects much more than what can be automated,” Elder said.

Automated food companies insist they’re not trying to replace human workers. At White Castle, Richardson says Flippy will allow managers to redeploy workers to drive-thru lanes or help them cover a shift if an employee calls in sick. Wilmer, of Chowbotics, says Sally may actually create jobs, since it keeps selling food at times of day when it wouldn’t have been available before.

But robots can lower the demand for labor. At the University of Arkansas for Medical Sciences in Little Rock, workers used to spend six hours per day prepping grab-and-go salads in the 24-hour cafe, said Tonya Johnson, the school's director of nutrition services. But two years ago, the campus installed a Sally, which now makes an average of 40 salads per day. Sally allowed the school to eliminate a vacancy in its cooking staff, Johnson said.

Johnson said the campus is buying another Sally for students to use when they return this August, which will save four hours per day of grab-and-go salad prep in the college deli.

“I think the pandemic has made us realize how much we need more equipment like Sally," Johnson said.

“It’s our contention that automation is not a choice," Jordan said. “You must automate in order to survive the future.”

Credit: AP
In this March 18, 2020, photo, a maintenance worker looks at a robot outside the offices of ZhenRobotics in Beijing. While other industries struggle, one robot maker says China's virus outbreak is boosting demand for his knee-high, bright yellow robots to deliver groceries and patrol malls for shoppers who fail to wear masks. (AP Photo/Mark Schiefelbein)