The chief justice read Senator Rand Paul's question to himself, then said he 'declines to read the question as submitted.' 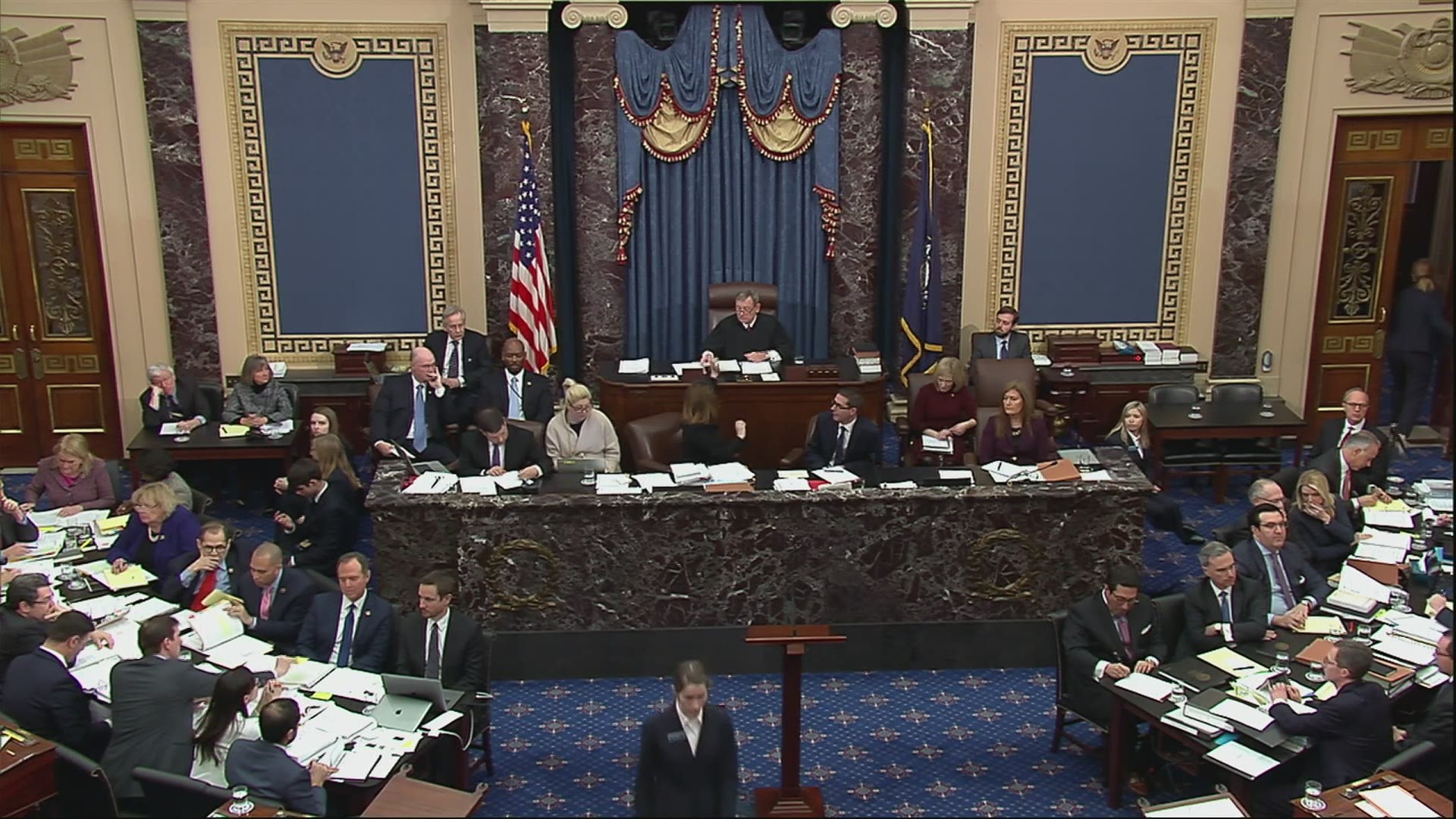 Paul, a Kentucky Republican, says he believes that a whistleblower may have conspired with House aides in writing the August complaint that eventually sparked the House impeachment probe of President Donald Trump.

Paul responded in a tweet by saying claiming that his question "is not about a 'whistleblower' as I have no independent information on his identity."

RELATED: Senators get one last shot at impeachment questions Thursday

Thursday will include up to eight hours of Senator questions ahead of an expected vote Friday on whether or not to call additional witnesses in the impeachment trial.