Toilet paper robot will deliver fresh roll when you're stranded

At the Consumer Electronics Show, Charmin debuted a two-wheeled robot that can fetch you a fresh roll when you run out. 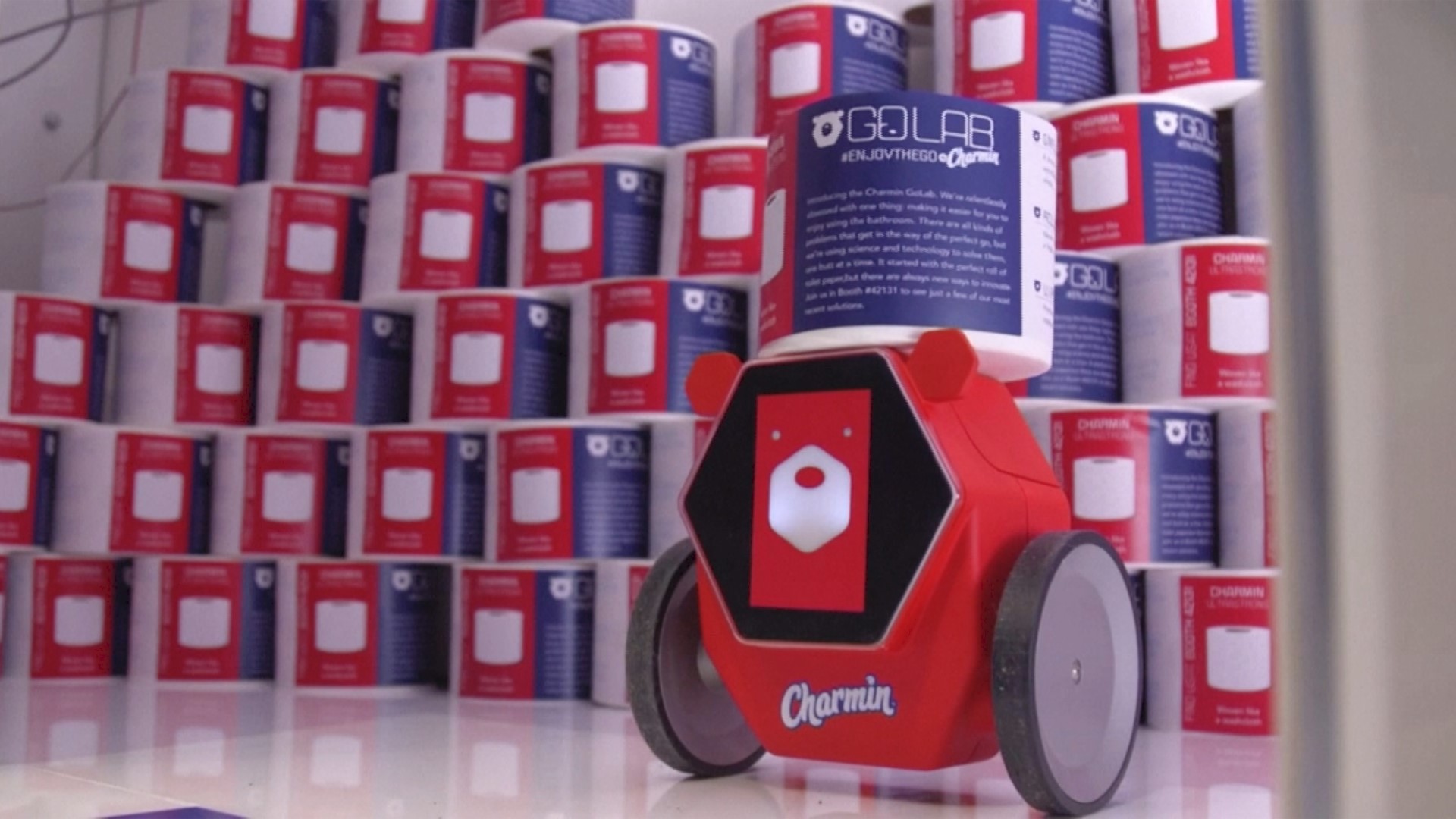 We've all been there. Sitting on the pot, looking to your left or right and realizing the toilet paper roll is empty and there's not a spare in sight.

Charmin wants to solve that familiar problem. At this week's Consumer Electronics Show, it introduced the "Charmin Rollbot" -- a two-wheeled robot that can fetch a fresh roll.

"Out of toilet paper. No one hears your cry for help. You fire it up with an app on your smartphone. The Charmin Rollbot will come to your rescue," said Greg Weaver, a research and development staff member for Charmin.

RELATED: LG unveils TV model that rolls down from the ceiling

The robot, around 6-inches tall, has the face of a bear — like the cartoon ones in Charmin’s commercials — and toilet paper sitting on top.

Weaver said the problem of the empty paper roll is a common issue consumers bring up during product Q&A's.

"They will bring to light these real world problems, and the biggest one being, "Nobody in my family changes the roll," said Weaver.

But if this new tech has you so excited that you have to pee, calm down. It won't be available anytime soon. Procter & Gamble, the company that owns Charmin, said the robot won’t be for sale and was just an example of what’s possible.

Another piece of bathroom-related tech at CES is the DFree B1. It's a wearable that claims to be able to give you advanced warning before you have to go number two. Engadget reports it could be helpful to people with inflammatory bowel disease, irritable bowel syndrome and similar issues.