Carson King's sign saying he needed his beer supply replenished has led to hundreds of thousands of dollars raised for a children's hospital. 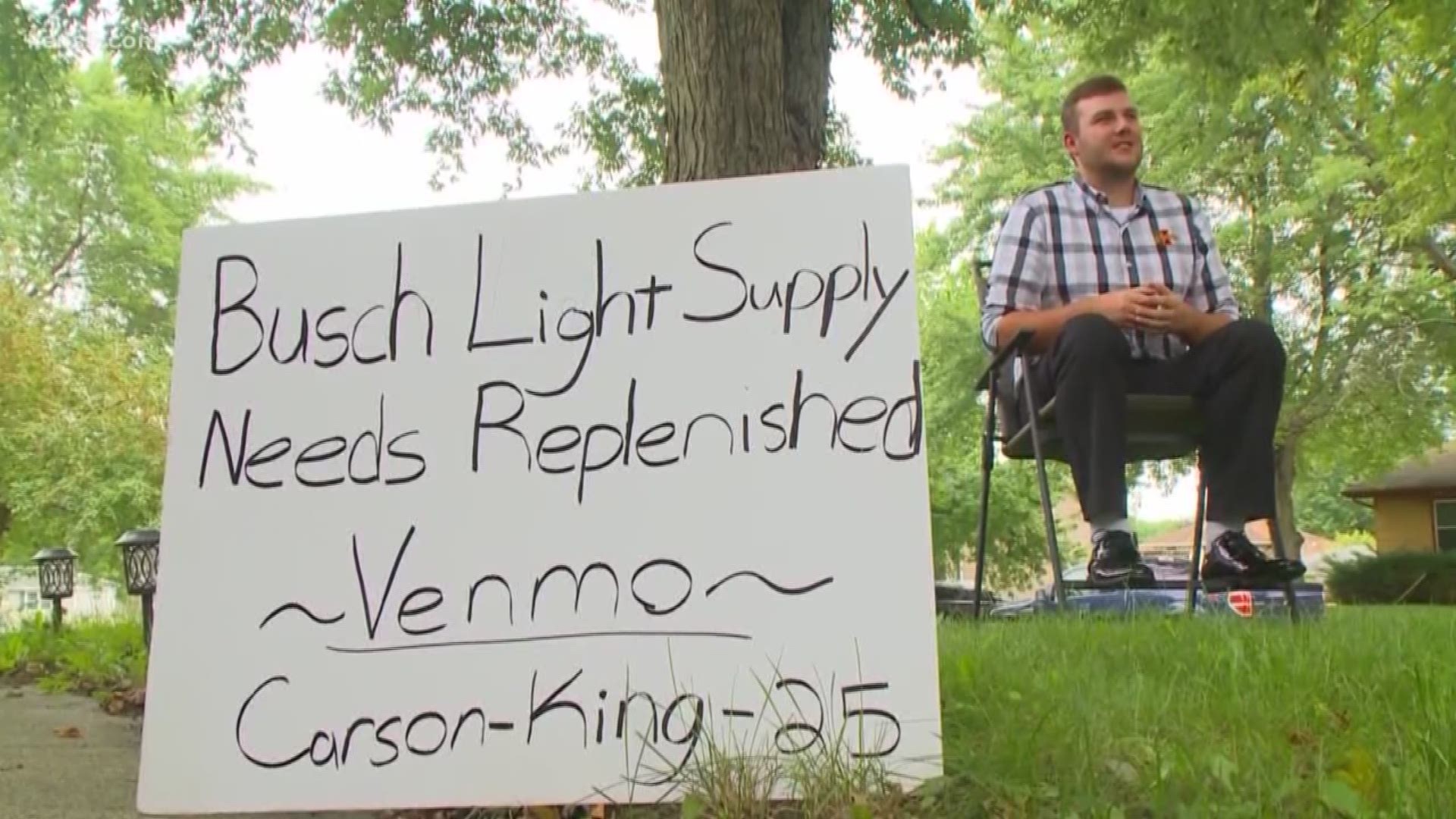 An Iowa State football fan, who made hearts soar after the sign he held at ESPN's College GameDay to have his beer supply replenished led to hundreds of thousands of dollars for a children's hospital, is now getting a year's supply of beer with his face on the can.

Busch Beer tweeted out an image Friday showing Carson King's face on a can of Busch Light and called him an "Iowa Legend."

"Hey @CarsonKing2, we said we’d send you a year’s worth of Busch Light, but first we had to make sure the cans were fit for a King. Let us know where to send the truck. #IowaLegend," the tweet said.

This all started last Saturday when the Iowa State Cyclones fan held up a sign for the world to see that said, “Busch Light Supply Needs Replenished,” King’s sign said with his Venmo handle, Carson-King-25, printed underneath.

Within an hour of holding the sign behind the stage, he received more than $400 worth of Venmo donations. As donations continued to pour in, King knew he had better things to do with the money. By the end of Saturday, King had received over $1,600.

RELATED: A 'Gameday' fan's clever sign got him a lot of beer money. Now he's donating it all

RELATED: This might be the happiest fundraising story of the summer

“With all the donations my CollegeGameDay sign for Busch Beer has received, I will be donating all but enough for a case of Busch Light to the University of Iowa Children’s Hospital,” King tweeted Saturday.

King’s generosity spurred on Iowa State fans, University of Iowa fans, sports and non-sports fans alike to donate. As of Friday morning, they had raised $166,000, according to WHO-TV. Venmo and Bush had also vowed to match the funds, meaning the total was nearly $500,000.

Friday night, King said they were closing in on $1 million total as he showed off his personalized can.

"Is it just me or is this can extremely good looking? I can’t be more humbled that @BuschBeer and @venmo are matching our contribution. We’re closing in on A Million for @UIchildrens #ForTheKids," King tweeted.