He left the pit bull puppy dog named Rene with a heartbreaking note at a shelter in Mexico, but hundreds have now asked to adopt him. 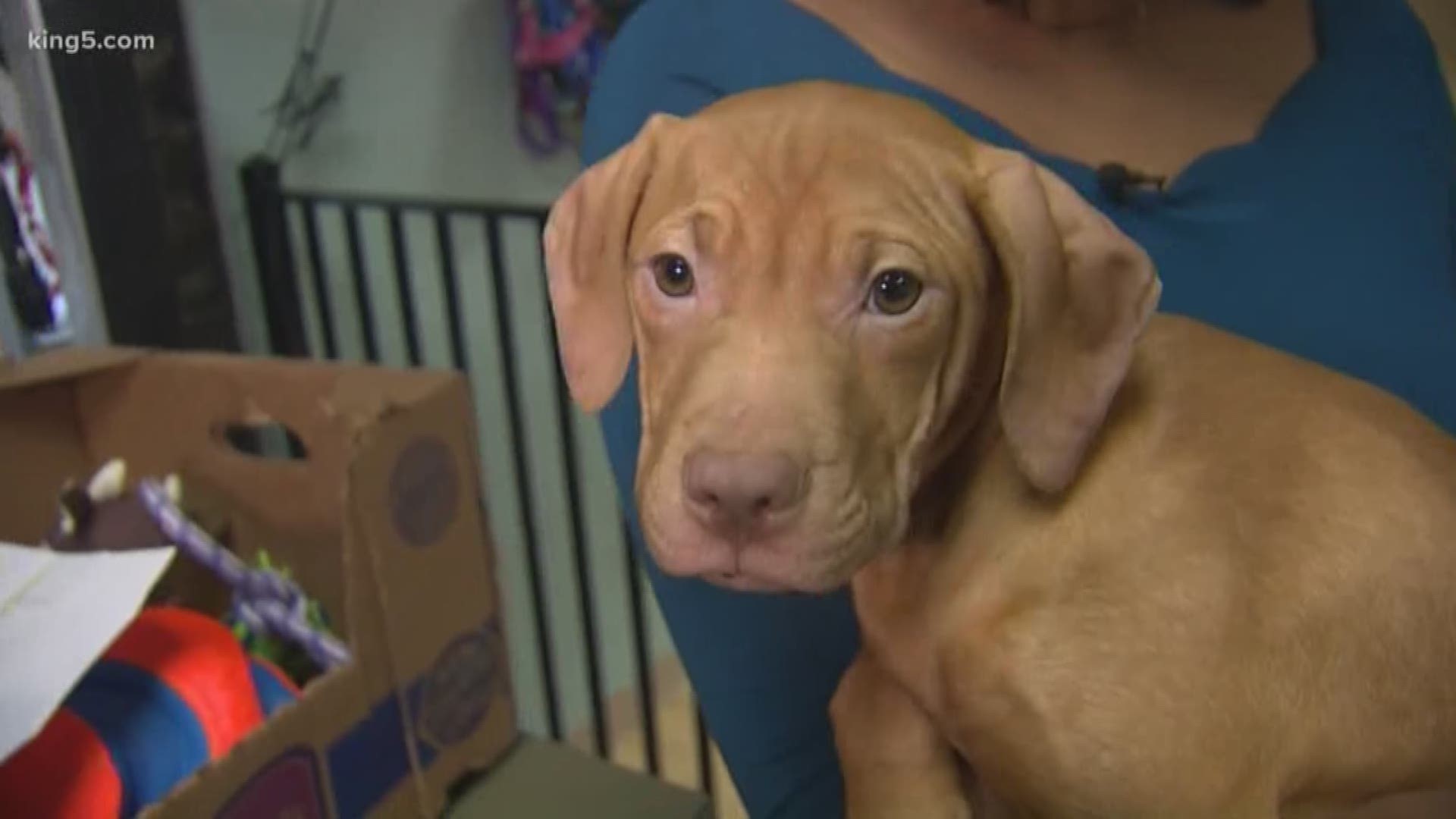 MICHOACÁN, Mexico — (WTHR) – A 12-year-old boy left his puppy outside a shelter in Mexico, accompanied by a stuffed animal and a heartbreaking note.

The boy, who identified himself as Andrés in the note, left his puppy at the shelter to save it from his abusive father.

"They left us this dog outside the shelter, inside a box, with a note and a stuffed animal," the dog rescue wrote on Facebook. "The note was written by a boy: where he explained that his father mistreated this puppy and was going to sell it.
With all that burden of despair they left us to be saved. 😭😭😭😭😭"

"My name is Andrés and I am 12 years old. My mom and I decided to leave my dog in your hands, hiding it from my dad because he is thinking about selling him. But he mistreats and kicks him. One day he kicked him so hard that he hurt his tail. I hope you can help and take care of him," the boy wrote in the letter. "I left him a stuffed animal so he won't forget me."

The pit bull puppy is now in the care of the dog rescue, which says it will be taking the puppy to the doctor to evaluate its tail for a possible fracture.

They have named the puppy Rene and the group says they have received more than 300 requests from people of all different states asking to adopt him.

Xollin says that Rene will be delivered to the right family, but they still have 120 more animals waiting for families too.

"If everyone opened their heart and their home like this little dog, they would have adopted ALL our dogs from the shelter X2 😪," Xollin wrote on Facebook. "Thanks to those few people who have come to ask how they can join and help us, to protect more animals that suffer abuse or neglect in our municipality and surroundings."

RELATED: Dog rescued from a meat processor in Memphis