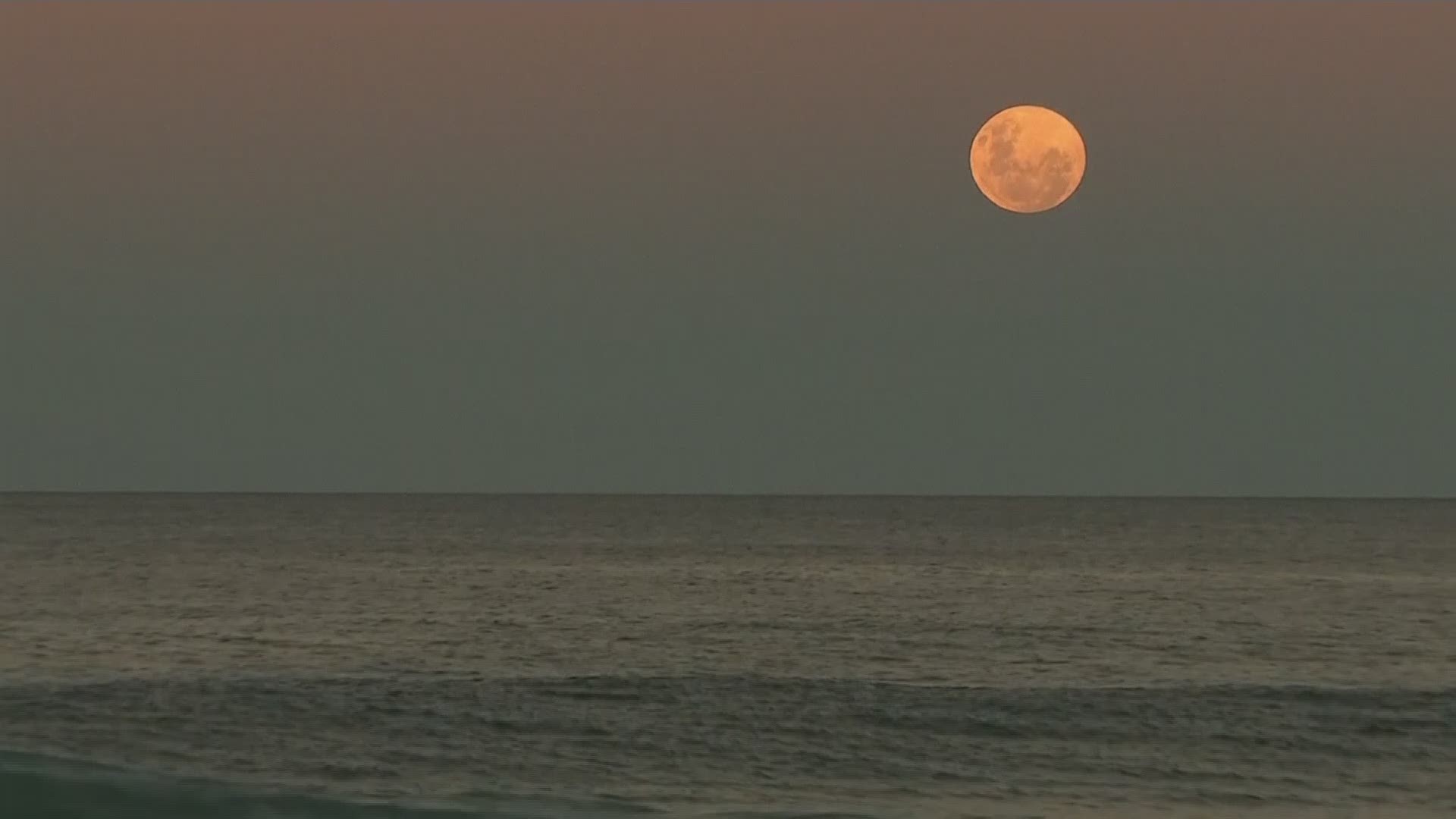 WASHINGTON — There was quite a spectacle in the sky early Wednesday morning as a total lunar eclipse combined with a super "blood" moon.

The cosmic show on May 26 also happened to feature the closest supermoon of the year. But depending on where you live, you may not have been able to see all the action in-person.

The super "blood" moon total lunar eclipse was only visible from the western half of North America, the bottom of South America and eastern Asia, according to NASA. However, the partial eclipse was visible in the eastern United States and Canada just before the moon set Wednesday morning.

And while the total lunar eclipse only lasted about 15 minutes as Earth passes directly between the moon and the sun, the entire eclipse went about five hours from beginning to end.

But even if you don't live in a spot where you could see the eclipse, a number of observatories and organizations around the world captured live video of the celestial show.

Unfortunately for those hoping to catch a glimpse of the total lunar eclipse from the eastern half of North America, the moon had set before totality began.

As Space.com points out, while a full moon is always exciting, this full moon will be slightly larger than average, and the red coloring will appear temporarily, so it's important to know where and when to view it.

Colorado's view of the lunar eclipse 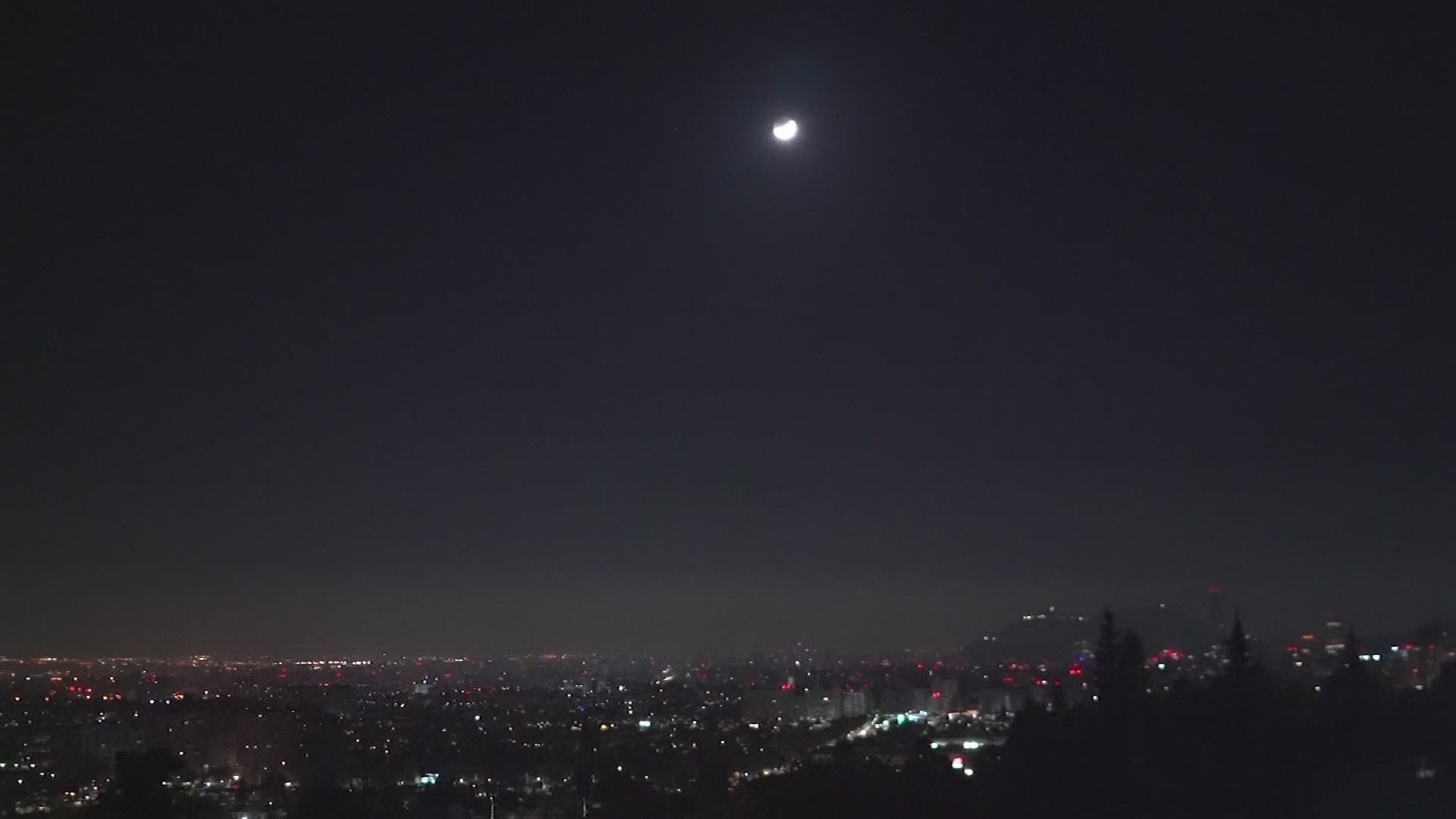 The Griffith Observatory in Los Angeles streamed their view of the eclipse and super "blood" moon starting around 4:45 a.m. EDT on Wednesday, May 26.

A little further east in Flagstaff, Arizona, the Lowell Observatory live streamed their view of the eclipse and blood red moon at about 5:30 a.m. EDT.

The Virtual Telescope Project partnered with several photographers to capture remarkable sights of the eclipse for a live stream that began at 6 a.m. Eastern.

Time and Date, which features live broadcasts from eclipses worldwide, kicked off its coverage at 5 a.m. Eastern.

Can you look at a lunar eclipse?

Unlike a solar eclipse, it is safe to look right at a lunar eclipse. So no need to make any specialty glasses this time around!

How long with the total eclipse and the "Super Flower Blood Moon" last?

The total lunar eclipse is expected to last about 15 minutes, so it's going to be quick. The entire spectacle with both phenomena combining will last about five hours though, as the Earth's shadow slowly creeps over the moon, and then starts to ebb.

Where will be the best place to watch the super blood red moon?

According to NASA, Hawaii was one of the best places on Earth to watch the event. California, and those in the Pacific Northwest also had a chance at a a great view.

Those in New Zealand and Australia also got a very good seat to the show, according to Noah Petro, project scientist for NASA's Lunar Reconnaissance Orbiter.

In one week, a full Moon near its closest point to Earth in its orbit will cross into Earth's shadow. That makes a super lunar eclipse, or if you will, a super blood Moon!