Five years ago, the deadliest attack on the LGBTQ community in U.S. history left 49 people dead and 53 people wounded as “Latin Night” was being celebrated. 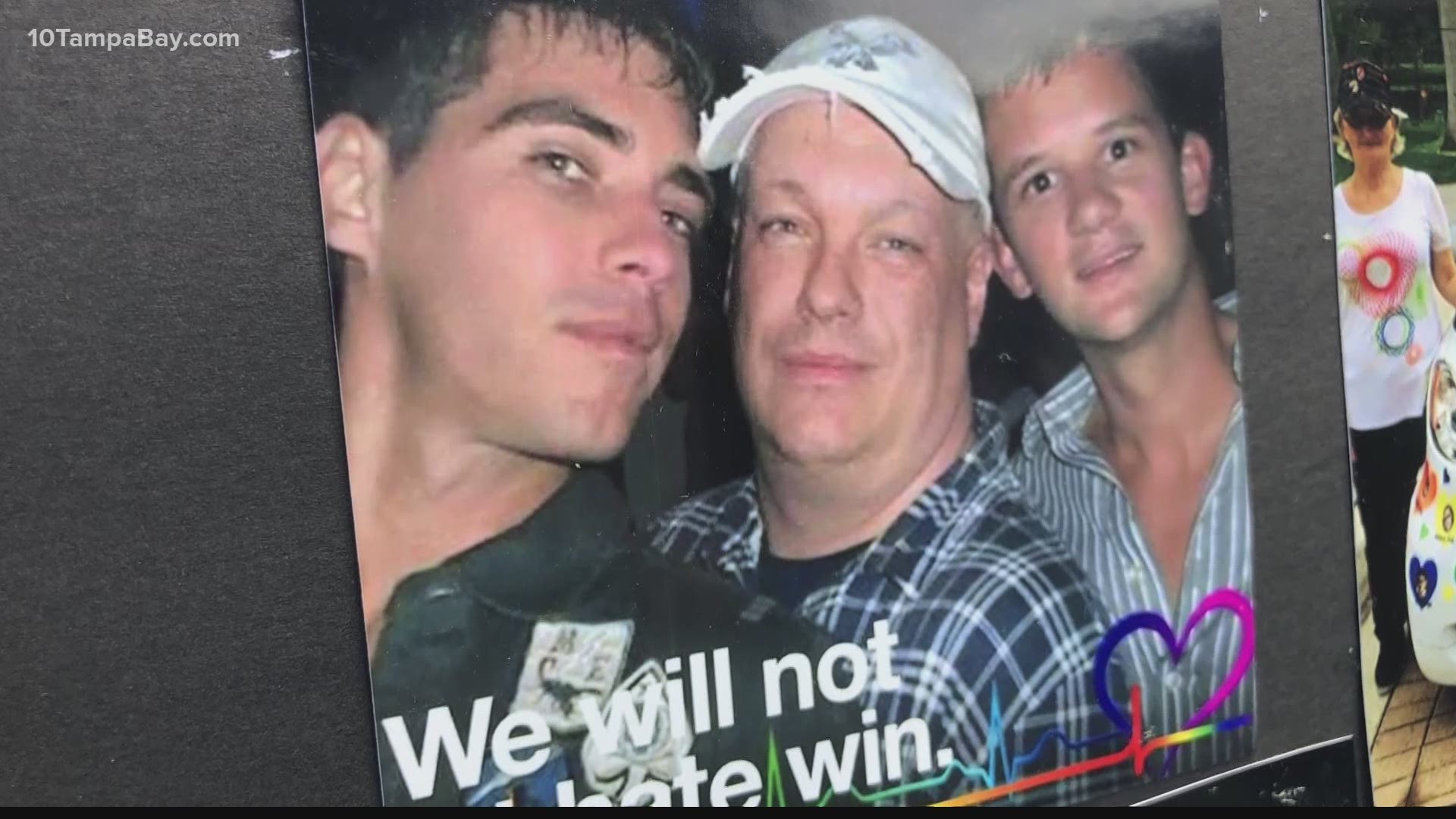 WASHINGTON — President Joe Biden said on the fifth anniversary of a mass shooting at the Pulse Nightclub in Orlando, Florida, that he will sign a bill naming the site as a national memorial.

The deadliest attack on the LGBTQ community in U.S. history left 49 people dead and 53 people wounded as “Latin Night” was being celebrated at the club. Biden said in a statement Saturday that he has “stayed in touch with families of the victims and with the survivors who have turned their pain into purpose" and described the club as “hallowed ground.”

The president emphasized that the country must do more to reduce gun violence, such as banning assault weapons and closing loopholes in regulations that enable gun buyers to bypass background checks. Biden said the nation must acknowledge that gun violence has hurt members of the LGBTQ community.

RELATED: Mass shootings have created a community forged by heartbreak and trauma

Vice President Kamala Harris and her husband, Douglas Emhoff, walked Saturday with the crowd for the Capitol Pride Walk And Rally in Washington.

“We still have so much to do," Harris said.

Credit: AP
Visitors pay tribute to the display outside the Pulse nightclub memorial Friday, June 11, 2021, in Orlando, Fla. Saturday will mark the fifth anniversary of the mass shooting at the site. (AP Photo/John Raoux)

Below is President Biden's full statement on the  5th Anniversary of the Pulse Nightclub Shooting:

"Five years ago today in Orlando in the middle of Pride Month, our nation suffered the deadliest attack affecting the LGBTQ+ community in American history, and at the time, the deadliest mass shooting by a single gunman.

Within minutes, the Pulse nightclub that had long been a place of acceptance and joy turned into a place of unspeakable pain and loss. Forty-nine people were there celebrating Latin night were murdered, even more injured, and countless others scarred forever – the victims were family members, partners and friends, veterans and students, young, Black, Asian and Latino – our fellow Americans.

A few days later, I traveled with President Obama to pay respects to them and their families, to thank the brave first responders and the community who found strength and compassion in each other, and to pledge that what happened would not be forgotten.

Over the years, I have stayed in touch with families of the victims and with the survivors who have turned their pain into purpose, and who remind us that we must do more than remember victims of gun violence and all of the survivors, family members, and friends left behind; we must act.

In the coming days, I will sign a bill designating Pulse Nightclub as a national memorial, enshrining in law what has been true since that terrible day five years ago: Pulse Nightclub is hallowed ground.

But there is more we must do to address the public health epidemic of gun violence in all of its forms – mass shootings and daily acts of gun violence that don’t make national headlines.

It is long past time we close the loopholes that allow gun buyers to bypass background checks in this country, and the Senate should start by passing the three House-passed bills which would do exactly that. It is long past time we ban assault weapons and high capacity magazines, establish extreme risk protection orders, also known as “red flag” laws, and eliminate gun manufacturers’ immunity from liability.

We must also acknowledge gun violence’s particular impact on LGBTQ+ communities across our nation. We must drive out hate and inequities that contribute to the epidemic of violence and murder against transgender women – especially transgender women of color. We must create a world in which our LGBTQ+ young people are loved, accepted, and feel safe in living their truth. And the Senate must swiftly pass the Equality Act, legislation that will ensure LGBTQ+ Americans finally have equal protection under law.

In the memory of all of those lost at the Pulse nightclub five years ago, let us continue the work to be a nation at our best – one that recognizes and protects the dignity and safety of every American."