Cindric's victory was his first NASCAR championship, and his sixth win of the season but first of what had been an underwhelming playoffs. 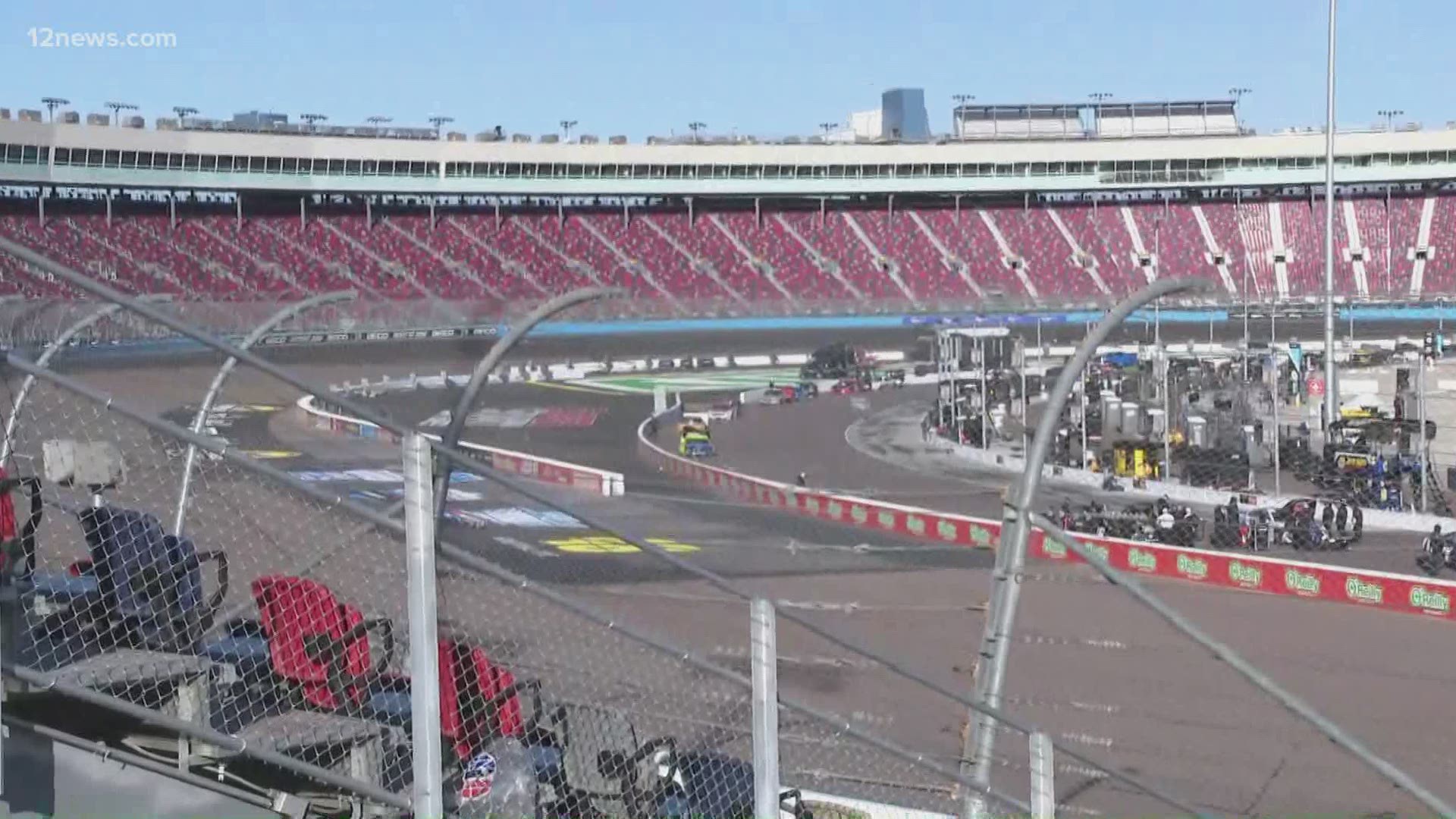 Cindric was already headed toward the win when title-favorite Chase Briscoe spun with six laps remaining. It brought out a caution that forced Cindric and Team Penske into a bold race-deciding strategy call.

Cindric handed contender Justin Allgaier the lead by pitting for new tires, a call that dropped Cindric to third for the two-lap overtime shootout. Cindric didn't once sweat the decision because he'd played loose headed into the finale after a disappointing playoffs.

“You’d think I’d be nervous this entire weekend, but given how important this race was for me and my team I was happy to be here, happy to be racing for a championship and that mentality has paid off," Cindric said. “I’ve been points racing for the last six weeks and I got to drive my (butt) off for one day.”

Allgaier had taken new tires on the previous pit stop — he and Cindric were on opposite strategies — and Allgaier restarted as the leader. He chose the top lane and Cindric chose to start up there, too, right behind Allgaier.

Cindric had to first wrestle with Noah Gragson, Allgaier's JR Motorsports teammate, for position before he got his shot at Allgaier. Gragson moved to the lead and then Cindric bounced off Allgaier as the two took the white flag.

Cindric cleared Allgaier and, even though he didn't have to win the race to win the title, he chased down Gragson for extra measure.

It was Cindric's sixth win of the season but first of what had been an underwhelming playoffs. He wasn't as strong as Briscoe during the playoffs but quickly showed Saturday the No. 22 Ford was legitimate.

Cindric led 72 laps and was in control until Briscoe's spin. His victory gave Team Penske one championship on the weekend with a shot for one more. Brad Keselowski and Joey Logano race in the Cup Series' final four Sunday.

“This thing came to life lap one," said Cindric.

Cindric celebrated by standing atop his Ford boldly waving the championship banner. The 22-year-old is not moving up to Cup next season because of Penske's long-term planning. He'll run a handful of Cup races, compete for a second Xfinity Series title, and move to Wood Brothers Racing to drive the No. 21 in Cup in 2022.

He's the son of Team Penske President Tim Cindric, but said he's come a long way on his own merit. Cindric before this season was winless on ovals — a road course ace, if you will — but his Pheonix victory was his fourth oval win of the season.

“When I started racing Bandolero and Legends cars I got a lot tougher because I wasn’t very good," Cindric said. “I guess to any kid out there that’s trying to make a career at this, it’s about the hard work you put in. It’s not about where you start, it’s how you figure it out along the way.”

Cindric was the Xfinity Series regular-season champion but Briscoe took control of the title race behind a series-high nine wins this season. He had a good car early but faded and finished ninth. Briscoe, who is moving to Cup next season with Stewart-Haas Racing to drive Tony Stewart’s No. 14 Ford, was overtly embarrassed to have spun late in the race.

“I’ve got a lot to do to get a lot better here, that’s for dang sure," Briscoe said. “It’s nice to know that I’m going to the Cup Series and all these things, but it sucks to run fourth in the championship after the year that we had, but that’s how it works.”

Allgaier, trying to win his first championship, faded to fifth on older tires in overtime. Justin Haley, in a Chevrolet for Kaulig Racing, finished eighth. It moved Briscoe to fourth among the championship contenders.

Haley, like Cindric, has delayed his move to the Cup Series because of the delay of NASCAR's new car. They don't see the value in racing as rookies in a lame-duck season for a car that will be obsolete in 2022.

Allgaier led a race-high 76 laps and had made his play the pit sequence before the last yellow. He pitted for new tires that time while Cindric stayed on the track. Allgaier was not able to chase down Cindric and needed Cindric to pit to inherit the lead for overtime.