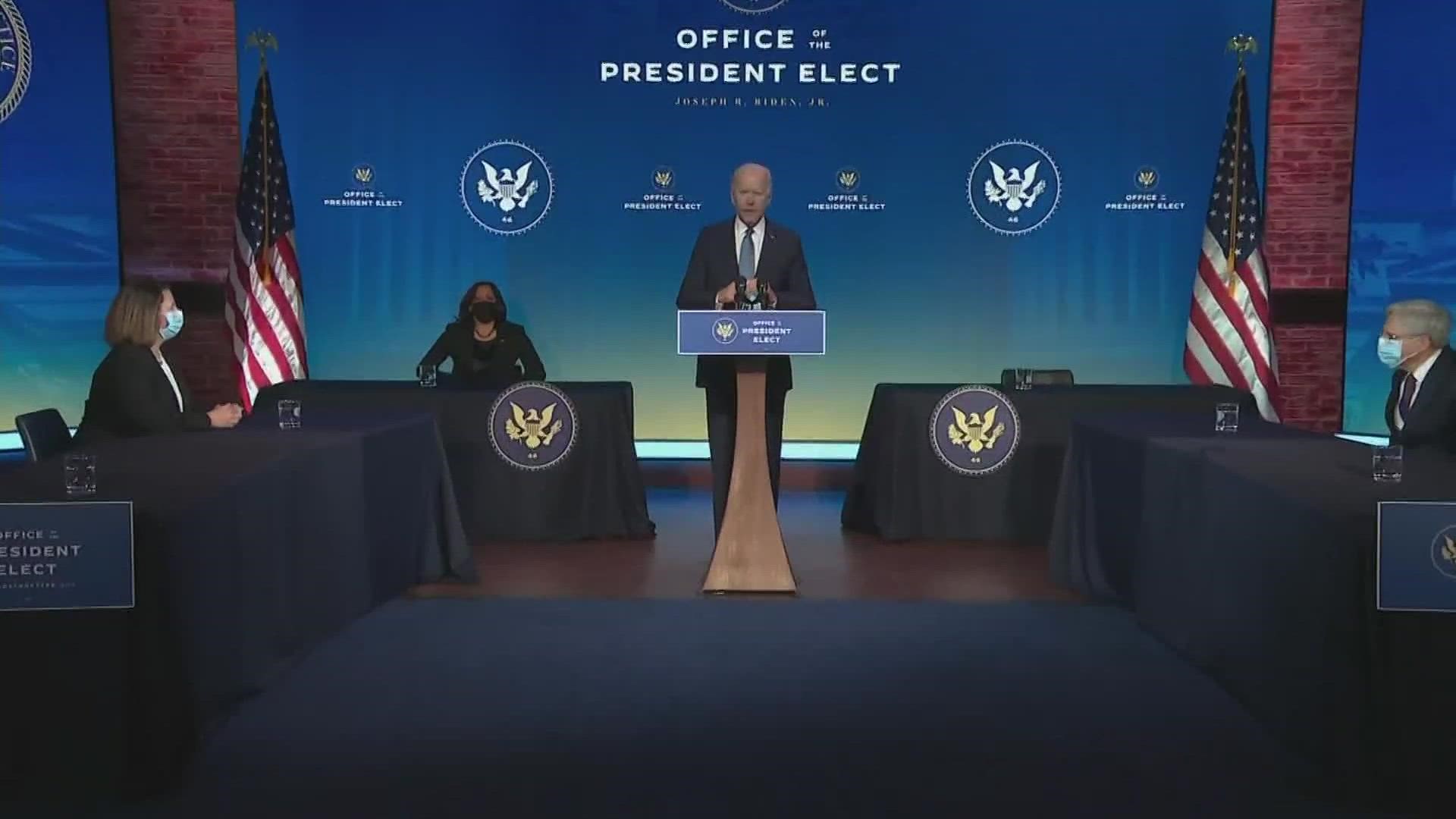 WASHINGTON — By supporting efforts to overturn the results of the presidential election, most of the nation's Republican state attorneys general may have undermined their offices' long-held special status in federal courts.

In December, Texas Attorney General Ken Paxton filed legal papers attempting to overturn the results of the presidential election based on unfounded claims of election fraud in four states that voted for President-elect Joe Biden. The Republican attorneys general for 17 other states made legal filings supporting his effort, which was rejected by the U.S. Supreme Court.

More recently, an association that is affiliated with their political arm, the Republican Attorneys General Association, became entangled in the Jan. 6 rally by President Donald Trump that preceded the violent insurrection against the U.S. Capitol. That group, the Rule of Law Defense Fund, helped pay for promotional efforts to get people to attend Trump's rally. The controversy prompted the AG association's executive director, Adam Piper, to resign.

Massachusetts Attorney General Maura Healey, a Democrat, blasted the Republican attorneys general who have continued to support Trump's attempts to overturn the election, even as he and his allies have lost case after case in court. Even Trump's former U.S. attorney general, William Barr, said the Justice Department had found no evidence of widespread fraud that would have altered the outcome of the presidential election.

“There have been a number of Republican AGs who have gone too far and have stepped outside of their role, and who have deviated from the obligation to adhere to the rule of law," she said, characterizing their conduct as “un-American and incredibly destructive.”

Some legal experts think the overt political involvement by the Republican attorneys general could have a lasting effect on how judges view legal actions their offices bring.

RELATED: Inauguration Day 2021: What we know about the plans so far

“States occupy a unique position and an important position” in the courts, said Paul Nolette, a Marquette University political scientist who studies attorneys general. “If it turns out that AGs are no different from another politician or another interest group just looking for an angle trying to get into the courts, the courts could revisit special solicitude.”

The term refers to a state's ability to unilaterally weigh in on any federal lawsuit, giving attorneys general and their states a say in a wide variety of issues.

Attorneys general are elected to office in most states and frequently use the job as a platform to run for governor or the U.S. Senate. Their offices serve as the legal arm of state governments, and they often band together — almost always with AGs of their own party — to challenge federal policy.

They also file claims on behalf of their state's residents over consumer affairs and antitrust matters. Every state's AG's office, for example, has sued companies over the toll of the opioids crisis.

Most attorneys general also are the top law enforcement officers in their state, prosecuting criminal cases and upholding justice.

Greg Zoeller, a Republican and former Indiana attorney general, said attorneys general could lose the right to file “friend-of-the-court” briefs in any federal case without permission because of the activities of the Republican AGs in support of Trump's election claims.

But he said the work of prosecuting crimes and protecting consumers is handled mostly by career government lawyers who are not focused on political cases.

“You can still have a very strong law office that represents the best interest of the state, the people, when it comes to consumer protection issues,” he said.

The Republican Attorneys General Association and its counterpart group for Democrats launched two decades ago. The groups are major independent spenders in AG races, pouring money -- much of it raised from corporations -- into ads attacking the other side. In the last decade, the groups ditched their old agreement not to try to oust incumbents.

The Republican group has spent $15 million and contributed $50 million to other political entities over the last decade, according to data compiled by the National Institute on Money in Politics. The Democratic group has spent less, but has recently closed the gap.

Anthony Johnstone, the former state solicitor in Montana who now teaches law at the University of Montana, said the attorneys general are falling in line with their party more often because of the pursuit of campaign spending from the Republican or Democratic associations.

“The concern with these groups is that it’s not about states’ rights or the Constitution or the rule of law at all. It’s about maintaining power and the dark money that sustains it," he said.

The push to overturn election results based on unfounded fraud claims did get some GOP pushback. Eight Republican attorneys general opted against joining Paxton's effort.

One of them, Ohio Attorney General Dave Yost, urged the U.S. Supreme Court to consider the case — but rule against Texas.

"Federal courts, just like state courts, lack authority to order legislatures to appoint electors without regard to the results of an already-completed election,” he said in a statement last month.

Sylvia Albert, the director of voting and elections for the liberal advocacy group Common Cause said the filings were so troublesome that she believes there are grounds to disbar the attorneys general who made them.

“When you submit something in court, you’re saying: ‘To the best of my knowledge, the information I’ve given you is true and valid,'” she said.

Doug Gansler, a former Democratic attorney general in Maryland, said attorneys general should not file motions based on "imaginary evidence,” but expects judges to see those filings as political actions that do not taint the regular work of attorneys general.

Despite the deep political divide, most attorneys general joined together this week in a bipartisan condemnation of the deadly insurrection against Congress by a pro-Trump mob. Those representing 46 states, the District of Columbia and some U.S. territories, signed a joint letter to the Department of Justice condemning the invasion of the Capitol: “The events of January 6 represent a direct, physical challenge to the rule of law and our democratic republic itself.”

Three other attorneys general, all Republicans, signed a separate condemnation of all political violence.

The only state attorney general not to sign either was Paxton. The Texas attorney general has been under indictment for more than five years on security fraud charges and is being investigated by the FBI for claims that he used his office to benefit a donor. He spoke at the White House rally before the violent insurrection at the Capitol, saying “we will not quit fighting” to change the result of the presidential election.

Paxton's office did not respond to a request for comment.