A highway turned into a huge sticky mess after a truck spilled tons of liquid chocolate. 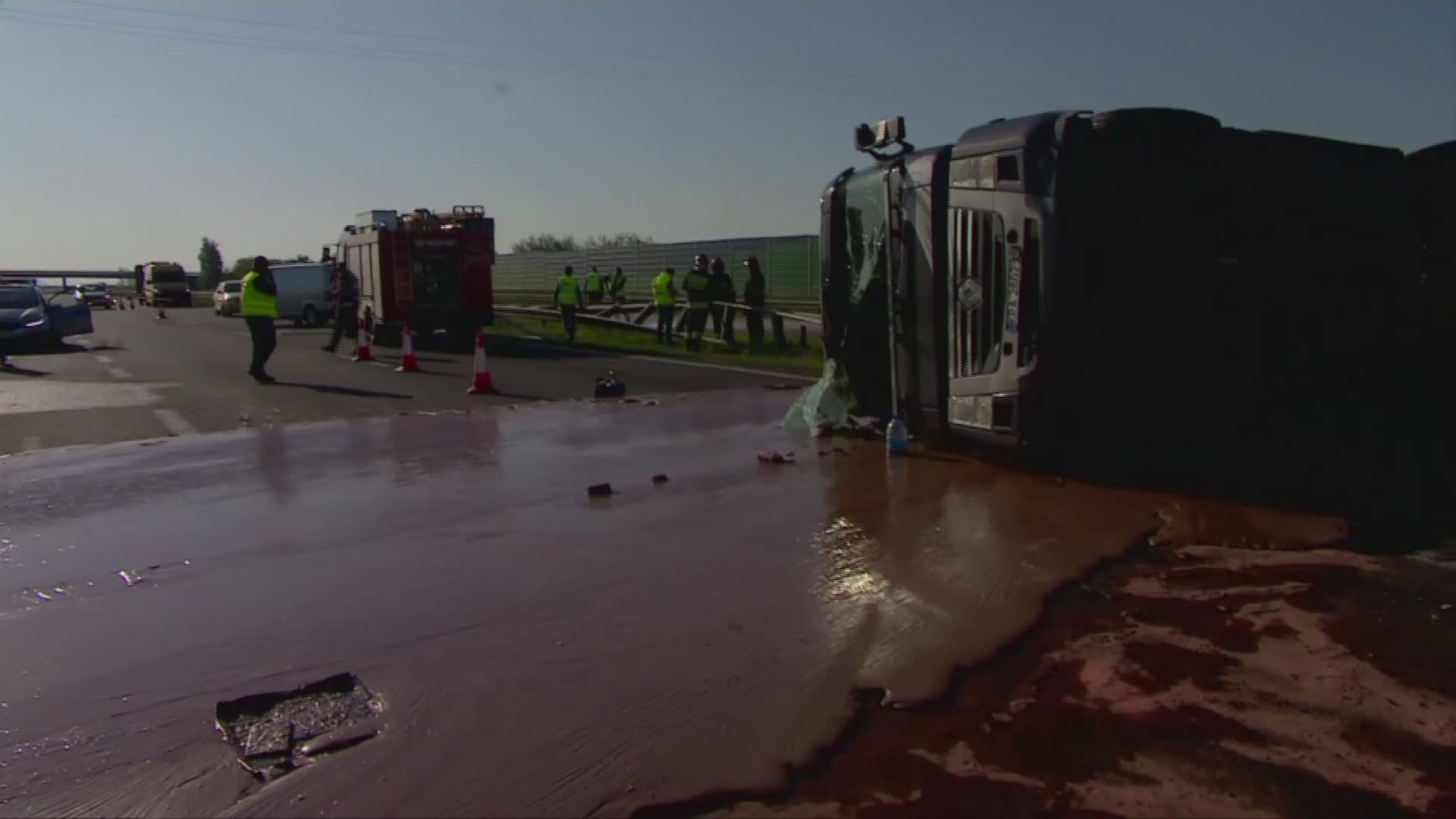 WARSAW, Poland (AP) — A tractor-trailer has overturned on a Polish highway, spilling tons of liquid chocolate that are solidifying into a huge sticky mess.

The private broadcaster TVN24 showed images of an overturned truck surrounded by brown chocolate covering six lanes on the A2 motorway, blocking traffic in both directions.

Rescue officials said the liquid chocolate was solidifying as it cooled and would require large amounts of hot water to clear away.

Credit: Screenshot from AP video
A tractor-trailer overturned on a Polish highway, spilling tons of liquid chocolate that are solidifying into a huge sticky mess.

Senior brigadier Bogdan Kowalski with the fire brigade of Slupca, a town in western Poland, said, "the cooling chocolate is worse than snow."

TVN24 reported from the site of the accident that the driver was taken to a hospital with a broken arm. The accident occurred in the morning when there was little traffic and nobody else was hurt.