15 fun facts about the Tony Awards

It took 21 nominations and a span of 52 years before one designer ended her unfortunate streak of nominations without a win. 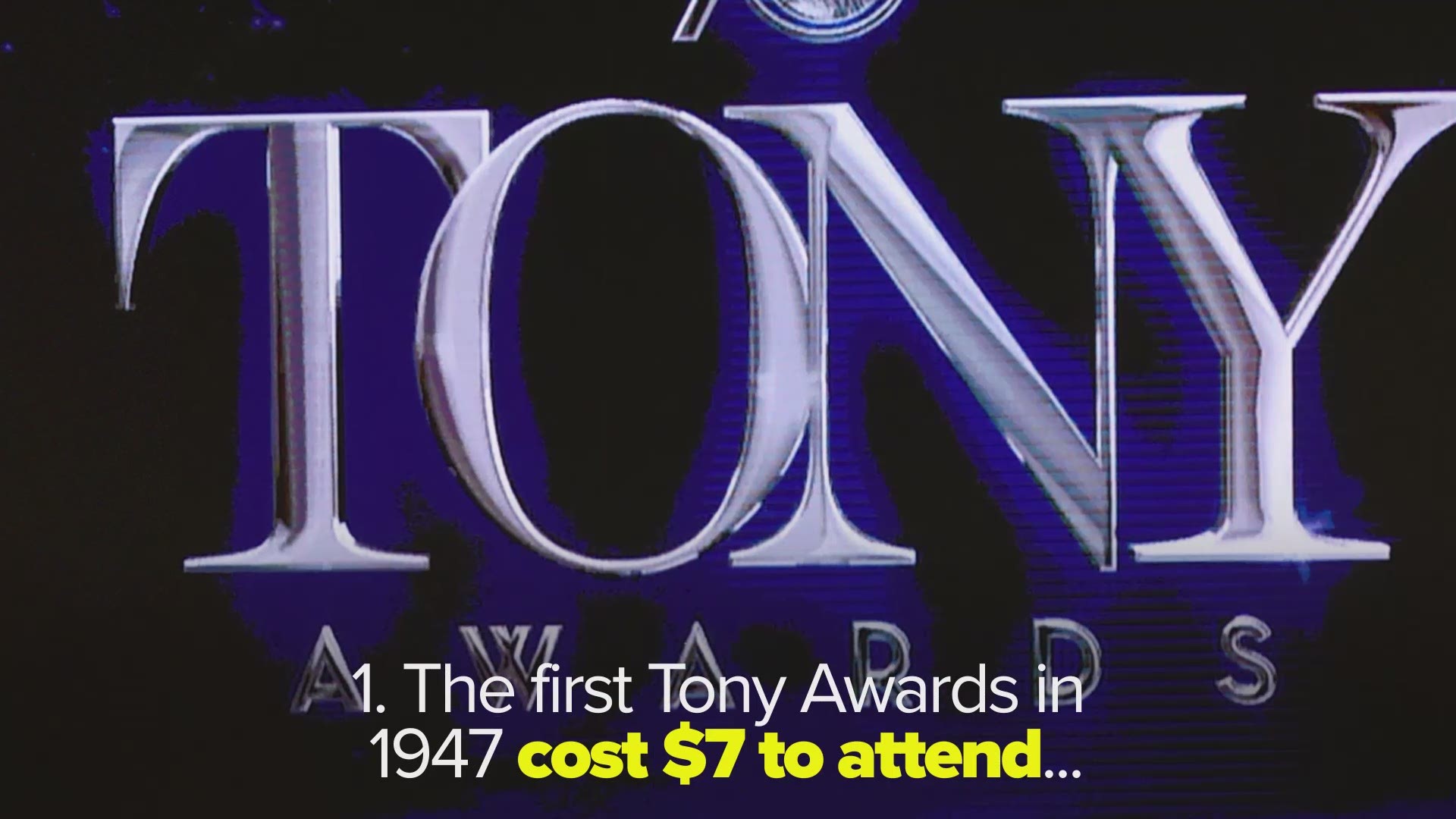 The 73rd annual Tony Awards are this Sunday and The Late Late Show’s James Corden is back after hosting the show in 2016.

“Hadestown” tops the nominations with 14, followed by the musical “Ain’t too Proud – The Life and Times of the Temptations” with 12.

Before the curtain rises on Broadway's biggest night, here are 15 fun facts about the winners, nominees and memorable shows over the past 72 years.

TONY TIES - There have been 10 ties in Tony Awards history, most recently in 2009 for Best Orchestrations when Martin Kock won for his work on “Billy Elliot, The Musical” and Michael Starobin and Tom Kitt won for their orchestrations for “Next to Normal.”

MOST FREQUENT HOST - Angela Lansbury has hosted or co-hosted five Tony telecasts, more than any other individual. She hosted the event in 1968, 1971, 1987, 1988 and 1989. Neil Patrick Harris and Hugh Jackman share second place with four telecasts each.

TWO IN ONE - Michael Blakemore is the only director to win Tony Awards for Best Director of a Play and Best Director of Musical in the same year. In 2000, he won for both “Copenhagen” (play) and “Kiss Me, Kate” (musical).

DOUBLE EGOT - Songwriter Robert Lopez is the only individual to become a “double EGOT”. He's not only won an Emmy, Grammy, Oscar, and Tony, but he's won at least two of each.

YOUNG STAR - 11-year-old Frankie Michaels was the youngest performer to win a Tony when he won for his work in “Mame” in 1966. At age 8, Evanna Lien was the youngest nominee ever after playing Gretl in “The Sound of Music.”

BIG WINNER - Director and Producer Harold Prince has received 21 Tonys, more than anyone else.

STEPPING UP - Larry Kert is the only cast replacement to ever be nominated for a Tony Award in a competitive category. In 1971, he was nominated for Best Actor in a Musical for his performance in “Company.” Dean Jones originated in the role, but left shortly after its opening.

THE BIG STAGE - The Shubert Theatre has held the Tony Awards eight times, more than any other Broadway theater.

IT TOOK 21 TIMES - In 2017, costume designer Jane Greenwood ended a record-breaking streak of nominations without a win. First nominated in 1965, it took 52 years and 21 nominations until Greenwood finally won a Tony Award for Best Costume Design of a Play.

WOMEN POWER - In 2015, “Fun Home” became the first show entirely written by women to win the Tony Award for Best Musical. Lisa Kron and Jeanine Tesori wrote the show based off of a graphic memoir by Alison Bechdel.

BEFORE THE OFFICIAL AWARD - During the first two Tonys in 1947 and 1948 there was no official Tony Award. Instead, winners were presented with a scroll and money clip with either a cigarette lighter for male winners or a compact for female winners.