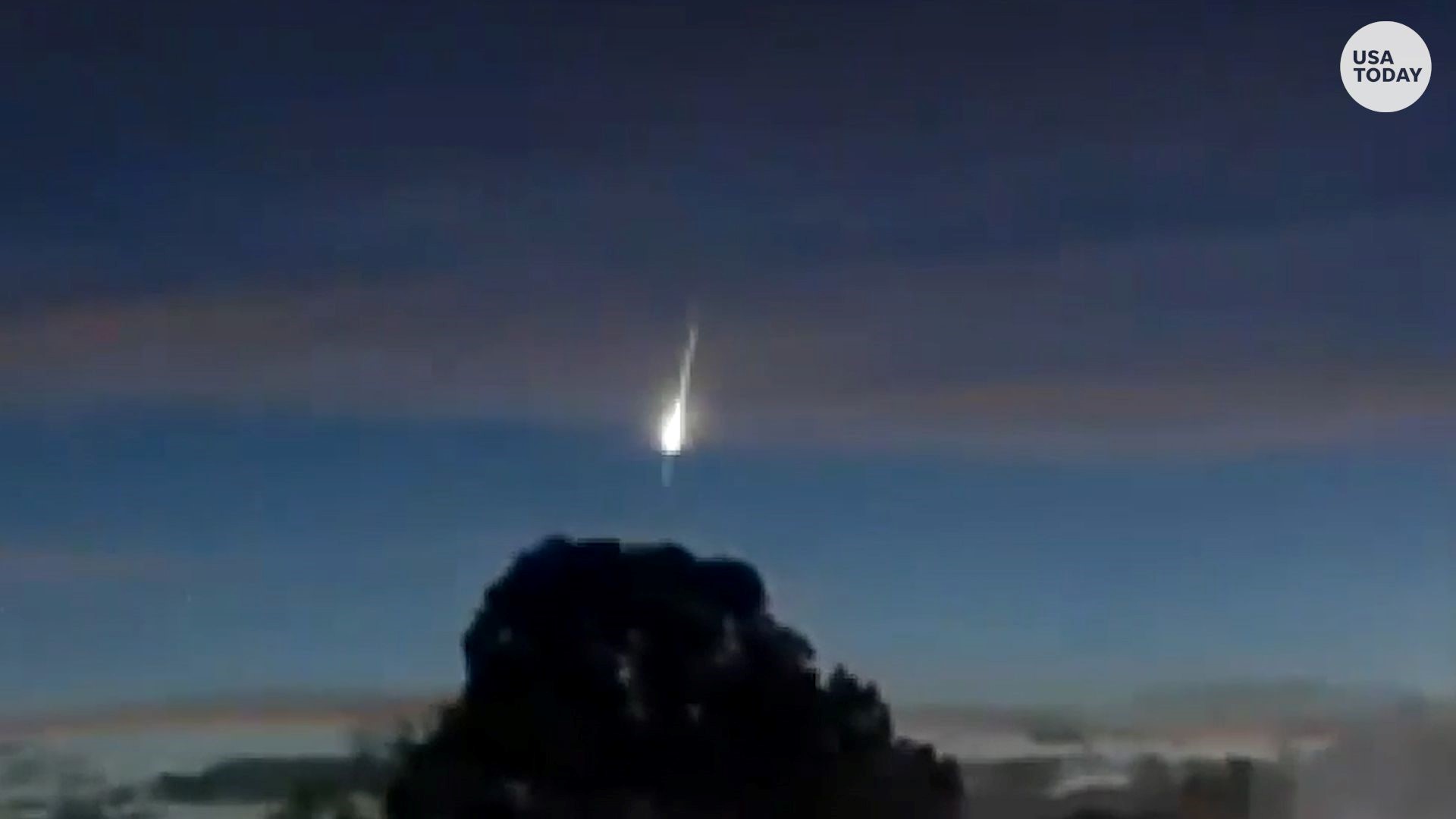 REDDING, Calif. – A path of light in the evening sky over Northern California is drawing a lot of attention on Twitter.

Some in Redding reported seeing a circular item quickly drop in the sky about 5:35 p.m. PST, shortly before the streak in the sky appeared.

While it's not official, the National Weather Service quickly weighed in on the strange phenomenon, suggesting it might be a meteor.

"We're thinking this might have been a #meteor sometime between 5:30 & 5:40 PM," the weather service in Eureka tweeted.

Credit: Michele Chandler
A clump of white can be seen in the night sky, visible through the trees, on Wednesday, Dec. 19, 2018 in south Redding.

Scott Carroll, a meteorologist with the National Weather Service in Eureka, said video and pictures of the streak suggest it originated in the sky and came in the direction of Earth, rather than the other way around.

"It looked like the trail was brighter the closer it was to the ground," he said.

If it's a meteor after all, Carroll said it's hard to say whether part of it may have landed somewhere on Earth or the whole thing broke up in the sky.

Although his office is leaning toward the streak being from a meteor, Carroll said it could also be debris from a satellite.

Whatever caused the streak, Carroll said shifting wind patterns are probably responsible for its curvy pattern.

"We understand that part," he said.

Some people speculated the sight was from a planned satellite launch, but it turned out that launch Wednesday night from Vandenberg Air Force Base was scrubbed.

The Associated Press reported a hydrogen leak in one engine halted the satellite launch from Vandenberg less than 10 minutes before liftoff.

"So if the #DeltaIVHeavy launch isn’t happening until 549pm, what is that (in) the sky?” Anthony Wright posted on Twitter.

Coincidentally or not, the California Highway Patrol received a second-hand report just past 5:30 p.m. of a possible aircraft crash and fire in the Fall River Mills area of Shasta County, about 160 miles north of Sacramento. There was no immediate confirmation of a a plane crash.

People in south Redding and as far away as the San Francisco Bay Area tweeted photos of the unusual looking cloud in the night sky. Carroll said there's also footage of it shot Wednesday evening from Reno, Nevada.

Even the National Weather Service in San Diego was asking people in Southern California if they had seen the cloud.

Anybody see this here in SoCal? #cawx https://t.co/eo1ZEThsmv

Anyone see this or get pictures from NW California? We're thinking this might have been a #meteor sometime between 5:30 & 5:40 PM. #cawx https://t.co/ku6miQeBW8