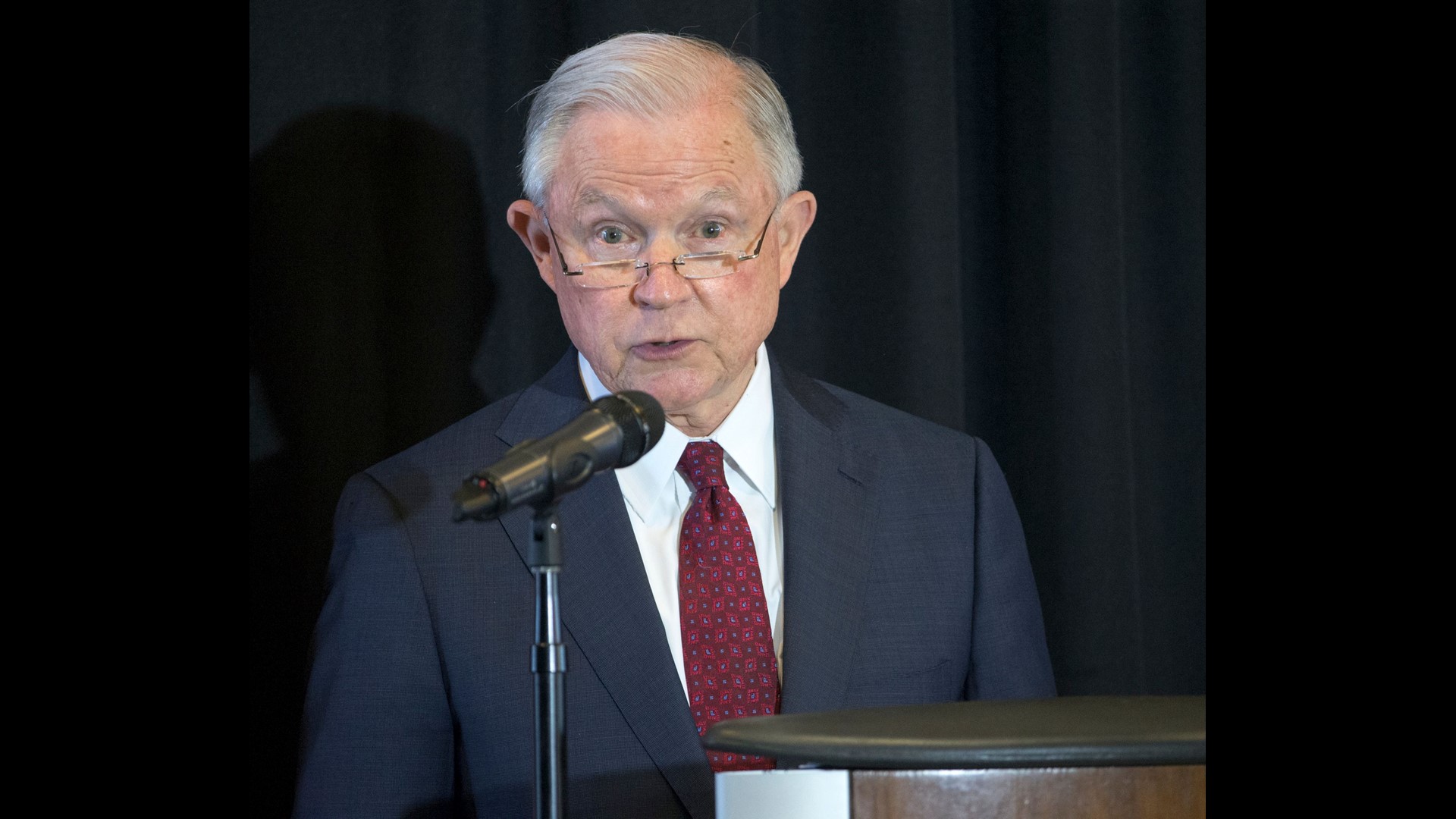 Credit: Robert Scheer/IndyStar
Jeff Sessions speaks in front a small group of mostly supporters in Ft. Wayne, Thursday, June 14, 2018. The half-hour talk at Parkview Field, was given for a standing room crowd of about 100 plus people and outlined the Trump administration's various stances on immigrants.

INDIANAPOLIS — Attorney General Jeff Sessions sparked a heated debate on immigration and the meaning of a Bible passage while speaking Thursday in Fort Wayne.

Sessions cited a chapter in Romans while defending the Trump administration's policy of separating parents from their children at the border. The policy has been widely denounced by both religious leaders and immigration advocates, among others.

“I would cite you to the apostle Paul and his clear and wise command in Romans 13 to obey the laws of the government because God has ordained them for the purpose of order,” said Sessions, who is also a Sunday school teacher at a United Methodist Church in Mobile, Alabama.

You can read the full text of Session's speech here.

The first three verses of Romans 13 in the Common English Bible, traditionally used by the United Methodist Church, read:

1 Every person should place themselves under the authority of the government. There isn’t any authority unless it comes from God, and the authorities that are there have been put in place by God.

2 So anyone who opposes the authority is standing against what God has established. People who take this kind of stand will get punished.

But some who share Sessions' faith disagree with his interpretation of the passage.

Credit: Robert Scheer/IndyStar
Rowan Greene, Ft. Wayne, carries a sign denegrating Jeff Sessions, as he is passed by a group of attendees of Sessions' speech in Ft. Wayne, Thursday, June 14, 2018.

"It was terrible," said Mike Mather, the senior pastor at Broadway UMC in Indianapolis. "If you read the first 11 chapters of Romans, you get a pretty good idea of what the context of that community was. If you read (Chapter) 12, you see love is supposed to be the guiding force. ... (Sessions) didn't read on very far."

Romans 12 includes the line, "Contribute to the needs of God’s people, and welcome strangers into your home."

Those verses, Mather said, seem to run contrary to the policy Sessions was defending. Launched in May, the policy forcibly removes children traveling with parents caught at the border and places them in government care.

Sessions said the goal of the policy is not "to see if we can be mean to children." He said the point is to crack down on potential child trafficking or abuse and discourage parents from bringing their children on the often-dangerous border crossing.

Wednesday, prior to Sessions' speech, a group of religious leaders from the United Methodist Church, Islamic Society of North America, Union for Reform Judaism, Mennonite Church and 20 other diverse religious organizations released a joint statement criticizing the policy.

"I have given the idea of immigration much thought and have considered the arguments of our church leaders," Sessions said in the speech. "I do not believe scripture or church history or reason condemns a secular nation state for having reasonable immigration laws." 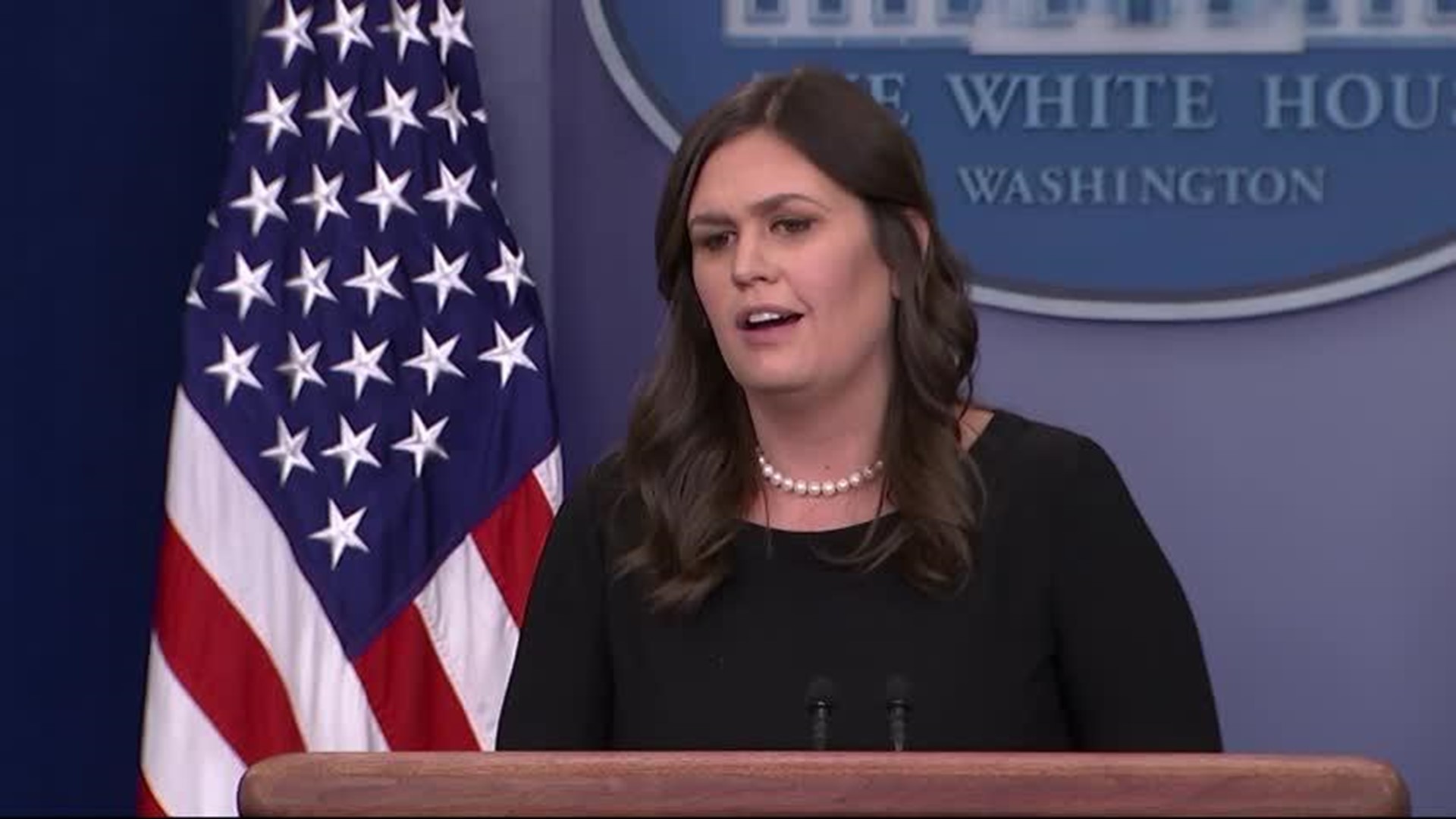 However, public backing for the policy — and the religious argument that Sessions used to support it — has been hard to come by.

Romans 13 has a history of being used by government officials in defense of their decisions or edicts.

The Rev. Rob Saler, executive director for the Center for Pastoral Excellence at Indianapolis' Christian Theological Seminary, said the verses were used by Lutherans in Nazi Germany to justify supporting Adolf Hitler.

"Romans 13, for a long time, has been appealed to in an incorrect way, as a justification for 'Obey the laws, no matter what,'" he said. "Whether they're just or not. I don’t want to be too extreme, but ... in Nazi Germany, Lutherans, for the most part, supported Hitler and they used Romans 13 to validate that."

In an interview with The Washington Post, John Fea, a professor of American history at Messiah College at Pennsylvania, said the verse was also used to support slavery in the 1840s and 1850s.

"(It) is invoked by defenders of the South or defenders of slavery to ward off abolitionists who believed that slavery is wrong," he said. "I mean, this is the same argument that Southern slaveholders and the advocates of a Southern way of life made.”

Saler noted, too, that it's important to consider when Paul wrote Romans. At that time, Christians were being executed by the Roman Empire, he said.

What Paul was penning, Saler added, was meant to be a road map to living a gentler life full of charity, a stark contrast to how Paul would have viewed the empire.

"It's flat-out irresponsible (for Sessions) to use it without attention to the broader context," Saler said. "It's basically practical advice: While you're doing this, sure, go ahead and pay your taxes, give the government its due.

"But taken as a whole, Romans stands as a counter to unjust government and unjust rule."

Mather, who has served at UMC Broadway for 15 years, echoed that sentiment. When he learned Sessions had been a Sunday school teacher, he chuckled.

"I didn't know he'd been a Sunday school teacher, but I think this would be a bad interpretation to give to kids, or anyone for that matter," Mather said. "I'm constantly surprised by people who argue that they're Christians, but don't seem to know the essence of our faith."