The company is shutting down power to try to prevent more wildfires. 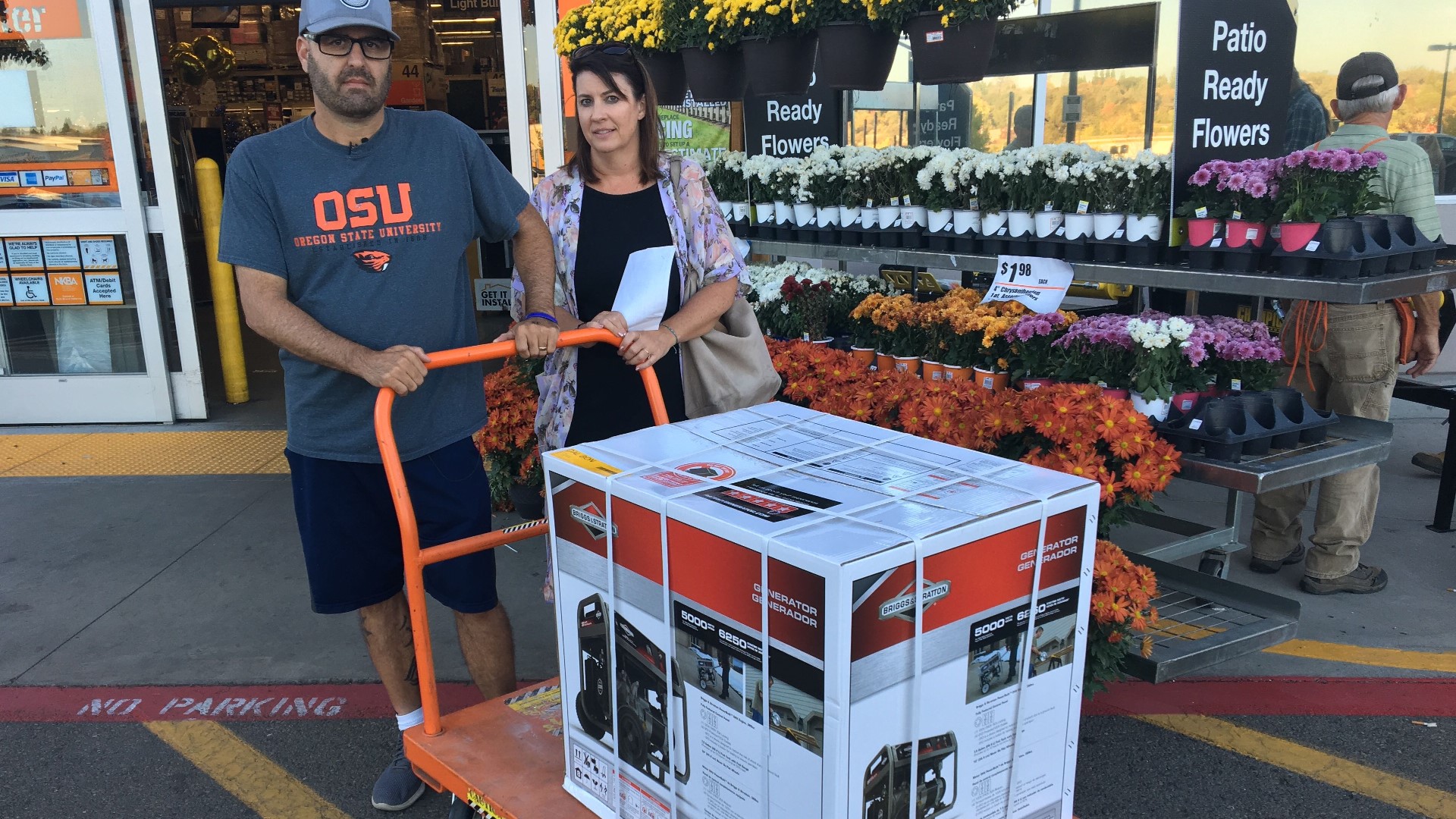 Power to Tuolumne, Alpine, Calaveras, and Mariposa County is being de-energized as PG&E continues with a massive power shutoff for Northern California. PG&E queued these areas to be de-energized around 12 a.m.

Vacaville Police Department reported at least 12 outages in Vacaville that are impacting about 3,225 customers.

PG&E de-energized the North Bay counties around 5 p.m. on Saturday. Power is expected to be out until possibly Monday when wind conditions improve.

The next round of power shutoffs are expected to hit Alpine, Calaveras, Mariposa, and Tuolumne counties around midnight.

PG&E blackouts are rolling through 36 counties with the Sierra Foothills slated to be in the dark by midnight.

Over in Auburn, people have been left entirely in the dark. However, people in the area using generators have managed to keep festivities going.

ABC10's Kevin John found a downtown Auburn bar using a generator to keep power flowing through the business. People have flooded into the business trying to maintain a sense of normalcy as they endure the power shutoff in their community.

The latest round of power shutoffs will leave at least 100,000 more customers without power.

The next round of shutoffs is expected for 12 a.m. in the Southern Sierra Foothills.

The blackout will leave millions without power till possibly Monday. It is the latest preventative shut-off amid concern that gusty winds could knock out power equipment and spark fires.

Pacific Gas & Electric says it has begun turning out the power to 940,000 customers — more than 2.3 million people — across Northern California because of growing winds and extreme fire danger.

More counties will follow through the night, however, the de-energizing process may take up to two hours once it starts, the utility said. Some shutoffs were adjusted due to real-time weather conditions. According to PG&E spokesperson Brandi Merlo, the utility did this because they wanted to impact as few customers as possible.

Here's when and where the shut offs will take place:

It's the latest preventative shut-off amid concern that gusty winds could knock out power equipment and spark fires.

Forecasters say the encroaching wind event will peak early Sunday and be among the strongest in years.

The two previous shutdowns were done amid concern that gusty winds could foul or knock down power lines and spark devastating wildfires.

Some 50,000 people under new evacuation orders are fleeing Sonoma County communities near a huge wildfire that will be stoked by the new round of winds.