PORTLAND, Ore. – Thousands of people turned out at Portland's Q Center Thursday evening to honor the victims of the Orlando shooting. 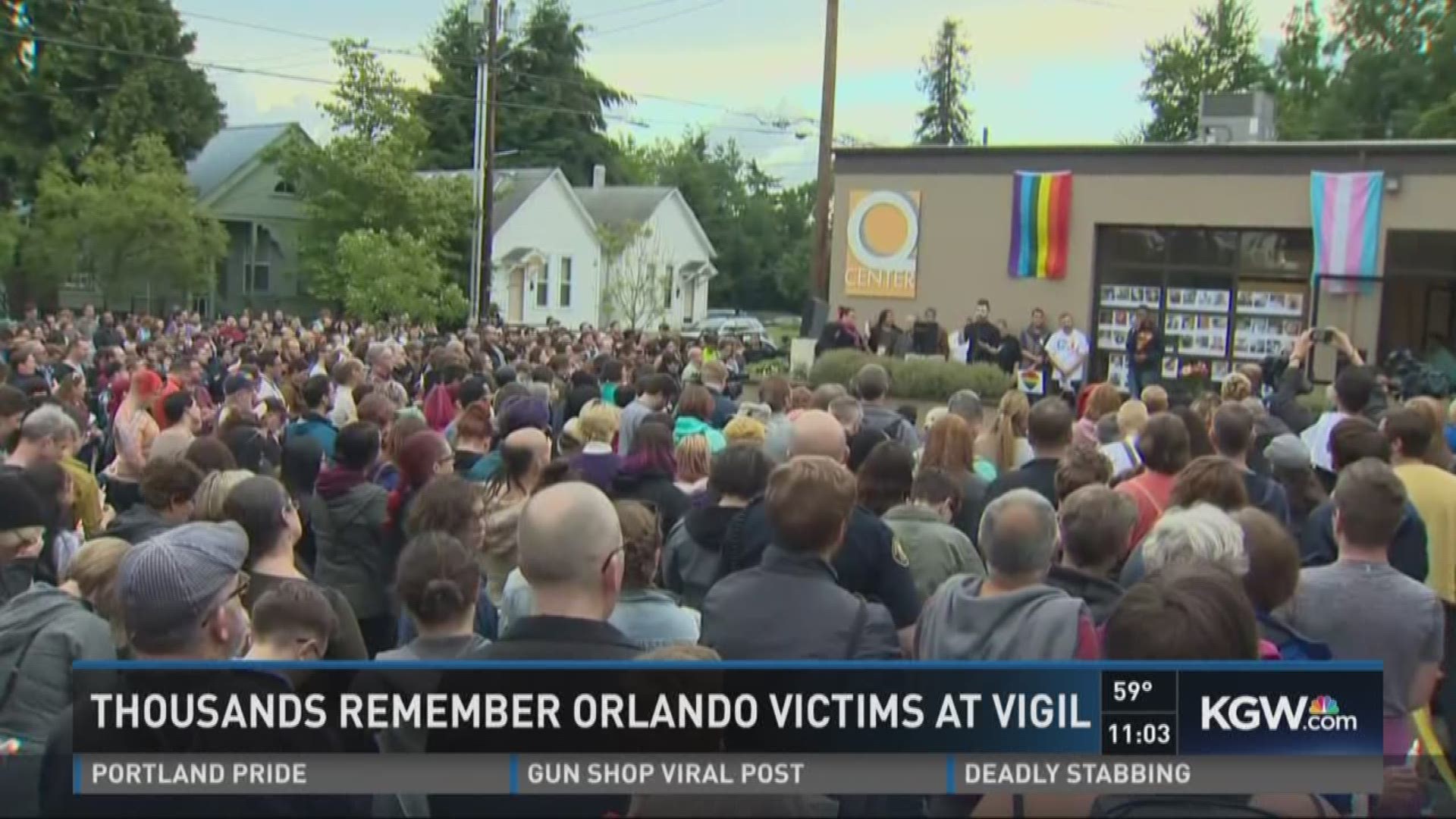 PORTLAND, Ore. – Thousands of people turned out at Portland’s Q Center Thursday evening to honor the victims of the Orlando shooting.

The message was clear throughout the night: love still wins.

“I want you to see each other and know this is love and power. And we are powerful together,” one speaker said.

The vigil began with an emotional reading of the victims’ names, one by one, by Joaquin Lopez of Portland Latino Gay Pride.

“I asked myself, why?” Lopez said after the reading. “I read their names. All of a sudden there were more names. Before I knew it there were just too many names. Then it got really personal. So many of them were so young.”

One speaker later advised the crowd that packed the corner of North Mississippi Avenue and Mason Street that it was ok to still mourn.

“Those who do not mourn are the ones who become violent,” she said.

While some moments were spent reflecting on the 49 people who were killed in the shooting at Pulse nightclub, others focused on how to move forward.

“It was meant to frighten is into hiding…and wipe us away,” one speaker said, to which the crowd shouted “Never!”

“I don’t care whether it’s legal or not. Let’s see what works,” she said.

“I am sorry that this is continuing to happen in our country. What is wrong with us? Why can we not fix this? It is stupid. And we need to fix stupid,” Fritz angrily projected to the crowd.

Members of various community groups also expressed condolences to the victims and echoed that their deaths will not be forgotten.

“We feel you,” Joaquin Lopez said. “We are family. And with deep sorrow, we are united and stronger because of you.”

The Q Center offers support and a safe space for gay, lesbian, bisexual, and transgender people and their allies, offers counseling through their crisis line at 407-228-1446. Anyone looking for ways to help can call the crisis line.

You can also help by giving blood through the Red Cross or through Bloodworks Northwest.