An African-American couple says they were racially profiled when a white store manager accused them of stealing a $12 basketball they had just purchased. 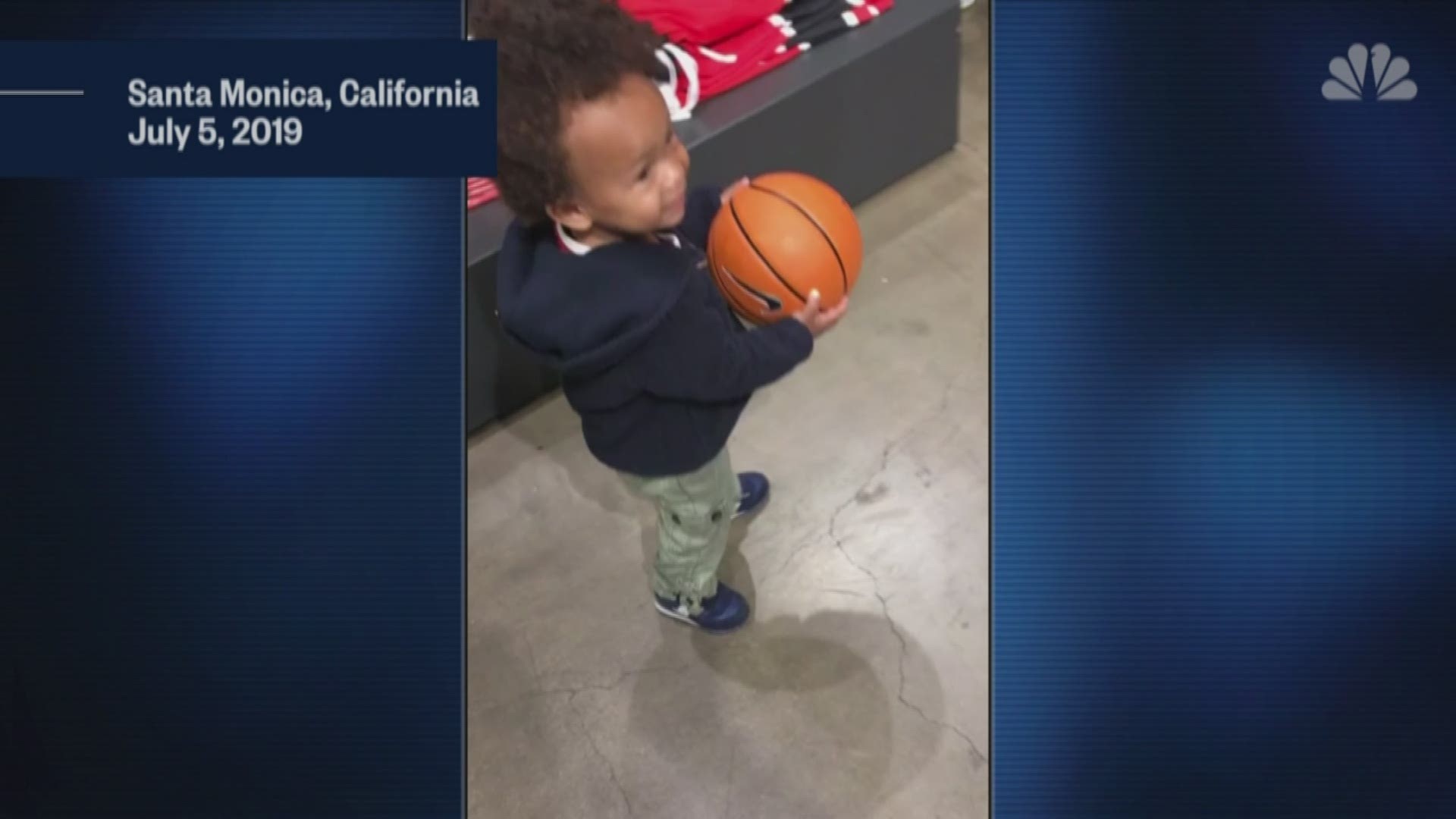 (NBC News) Nike is apologizing and promising to investigate what led to a white store manager accusing a black couple of stealing a $12 basketball they had just purchased.

Earlier this month, the parents took their 18-month-old son to a Nike store in Southern California, where the child fell in love with a small basketball.

His father, Joel Stallworth, recorded the moment, then bought the ball for his son, named Sammy.

When the family left the store, a store manager and two police officers approached them and accused the couple of stealing the ball.

The mother, Tamiya Dickerson, recorded the interaction and posted a video of it online. In it, the parents can be heard asking the officers why they assumed the ball was stolen.

The couple showed the officers their receipt and later returned the ball for a full refund.

The store manager has been fired as a result of the video going viral.

The couple has hired an attorney saying they were racially profiled.

"We are taking the recent situation at our Santa Monica store very seriously, and we are currently investigating the facts. We have reached out to the family to express our deepest apologies, and we will continue to work with our teams to ensure we deliver on our expectations for consumer experiences."