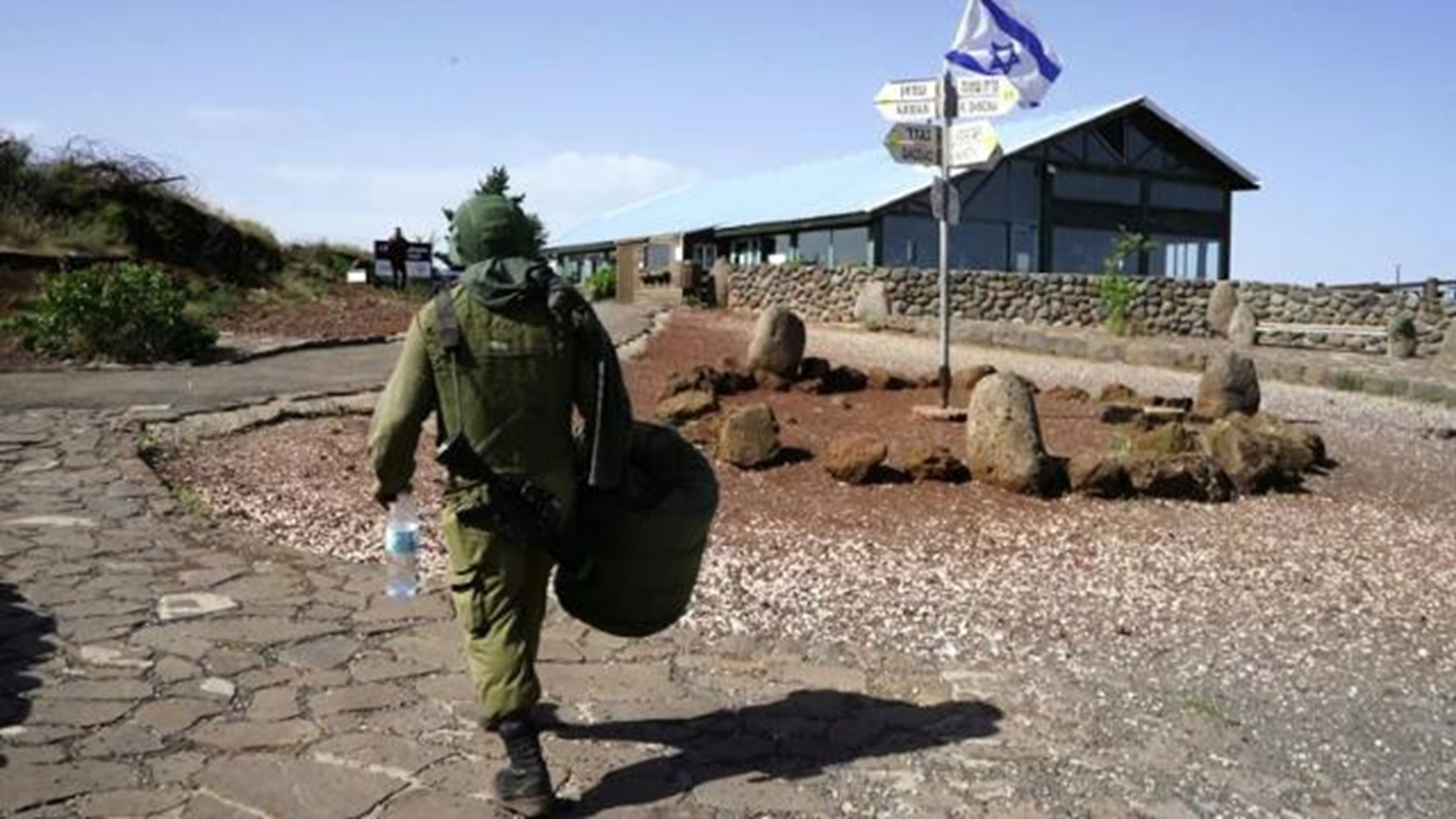 Israeli war planes attacked "dozens" of Iranian targets in neighboring Syria on Thursday after an Iranian rocket barrage on Israeli positions in the Golan Heights, according to their militaries.

It is the most serious military confrontation between the two bitter enemies since the start of the Syrian civil war in 2011 and comes just days after President Trump pulled the United States out of a nuclear deal with Iran over the objections of key European allies.

Israel said Iran’s Al Quds force fired 20 rockets at Israeli front-line military positions in the Golan Heights, a disputed territory that was part of Syria until 1967. Israel said four of Iran's rockets were intercepted, while the others fell short of their targets.

Israel was staunchly opposed to the 2015 accord that halted Tehran's nuclear weapons program in return for lifting crippling economic sanctions on its economy. Iran has for years repeatedly called for the destruction of Israel.

Iran has been funneling money, fighters and advisers to embattled Syrian President Bashar Assad's regime through the Lebanon-based Hezbollah militant group because it wants to further establish a strong presence in the region. Over the last few months, Israel has bombed Iranian sites in Syria, but until this week Tehran has not fired back.

Appearing at an annual security gathering north of Tel Aviv on Thursday, Lieberman vowed to fiercely defend Israel against any further Iranian actions.

"We will not let Iran turn Syria into a forward base against Israel," he said. "We, of course, struck almost all the Iranian infrastructure in Syria, and they need to remember this arrogance of theirs. If we get rain, they’ll get a flood. I hope that we ended this chapter and that everyone understood."

In a statement, the White House said the "United States condemns the Iranian regime’s provocative rocket attacks from Syria against Israeli citizens, and we strongly support Israel’s right to act in self-defense. The Iranian regime’s deployment into Syria of offensive rocket and missile systems aimed at Israel is an unacceptable and highly dangerous development for the entire Middle East."

Britain, France, Germany and Russia, a key Syrian ally, all called for urgent de-escalation and said that Israel and Iran should stop provoking each other.

More: Syria conflict explained: How did we end up here?